This viral video captured Siti’s effort in singing A.R Rahman’s ‘’Nenje Ezhu’’ from the film, Mariyaan. Astro Ulagam reported that the songstress was invited to sing the Tamil song as a promotional effort for the grand finals of Astro’s International Superstar 2015 singing competition. 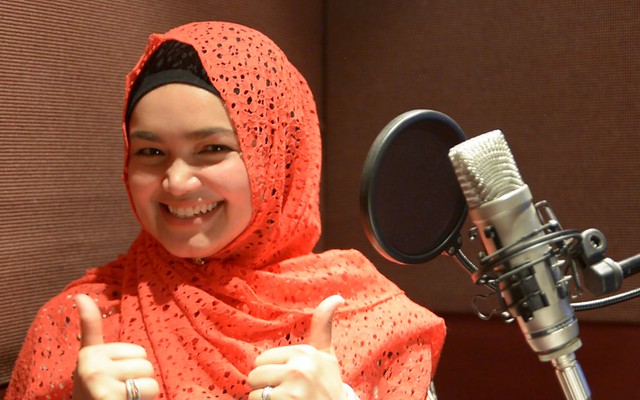 International Superstar 2015 is Astro’s first ever Indian international singing competition and has contestants from 5 countries. The grand finals will be held in Putrajaya International Convention Centre (PICC) on Saturday,15th August 2015.

This is Siti Nurhaliza’s first effort singing in Tamil. She has previously recorded songs in Bahasa Malaysia, English and even Mandarin. Other Malaysian artists were also invited to record songs for International Superstar 2015. They include the Punjabi sensation, Goldkartz, charming pop duo, Fuying & Sam, Viveck Ji and Gowri Arumugam. Their efforts were guided by music composer, Jay.

Here is an EXCLUSIVE FIRST LOOK of Siti Nurhaliza’s conversing in Tamil and singing the ‘Nenju Ezhu’ song. What do you think?