KUALA LUMPUR, 13 JUNE 2011 – The numerous requests from fans on Sony Music Malaysia’s Facebook page to bring David Archuleta back to Malaysia have finally been answered! He will be back in Kuala Lumpur for a full concert, organized by Sony Music Entertainment Malaysia, on Tuesday, 26th of July 2011, 8pm at Stadium Negara!

Ticket pricing is at RM300 for VIP, RM230 and RM190 for numbered seating, and RM150 and RM90 for free seating (All prices shown excludes RM3 ticket handling fees). The concert ticket will go on sale 20th of June onwards. Tickets are made available through Ticket Charge (www.ticketcharge.com.my) and AirAsia RedTix outlets (www.AirAsiaRedTix.com).

The Managing Director of Sony Music Entertainment Malaysia, Adrian Lim mentioned that, “This will be David’s first ever concert in Malaysia and is also the first time that Sony Music as the music label is doubling up as the organizer for the concert… being in both of these roles gives us more flexibility in giving the fans more accessibility to him. We will have more activities than just a normal concert”.

The 20-year old Utah native’s self-titled 2008 debut album contained hit songs like “Crush”, “A Little Too Not Over You”, and “Touch My Hand”, were on the Top 10 charts across all major radio stations. His follow-up album, “The Other Side of Down” which was released last October, also generated hit singles like “Something Bout Love” and “Elevator”. Both singles were also on our local Top 10 radio charts. David is undeniably successful in Malaysia, with a combined album sales of 19,000 units sold, reaching the Platinum status.

David’s last visit here in April 2009 had an overwhelming response, as there were more than 5,000 fans who showed up for his showcase in Sunway. His exceptional vocal talent and charismatic boy-next-door charm has captured the hearts of many Malaysian fans, regardless of their age group.

Stay tuned for more updates on the Ticket Launching event happening this Sunday, 19th June from 3-6pm at Berjaya Times Square. More details will be announced soon, so make sure you log on to www.facebook.com/sonymusicmy for the latest updates! 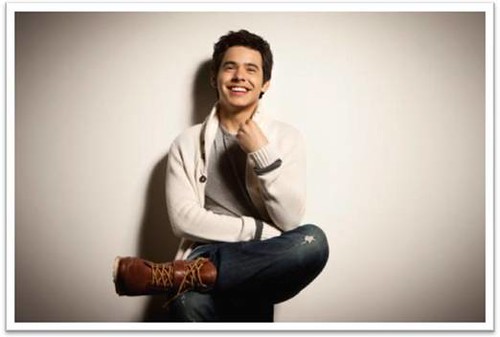