CLC is a five member girl group consisting of Leader – Seung Hee, Yu Jin, Seung Yeon, Sorn, and Yee Eun. CLC is known as Crystal Clear, which means to shine brightly like a crystal. CLC is the first multi-national girl group that has a Thai member, Sorn. Sorn joined CUBE Entertainment after she won the first season of K-POP Star Hunt in 2011. All five members of CLC have received two to four years of rigorous training under CUBE. Hence, singing and dancing are a given, they can also speak multiple languages and play instruments.

Their seniors, Beast, 4Minute, and BTOB who came to Malaysia before have recorded a video as a teaser for CLC’s promotional tour in Malaysia showing their support to CLC and at the same time inviting their fans to support their junior, CLC.

Universal Music Malaysia has specially released an Asia Special Edition album – 【Question】. The album includes five songs from their first mini album【First Love】and five songs from their second mini album【Question】. This album also includes their new digital single – “Eighteen” which was released earlier on. Fans that purchase CLC latest album 【Question Asia Special Edition】and bring along the album to their ‘Meet the Fans’ session is entitled to get it autographed by all the five members of CLC! Their first ‘Meet the Fans’ session is on 10th October 2015, 3pm at 1Borneo Hypermall, GF Centre Atrium, Kota Kinabalu. There will be another ‘Meet the Fans’ session and will be on 11th October 2015, 6pm at LG Concourse, Berjaya Times Square, Kuala Lumpur. 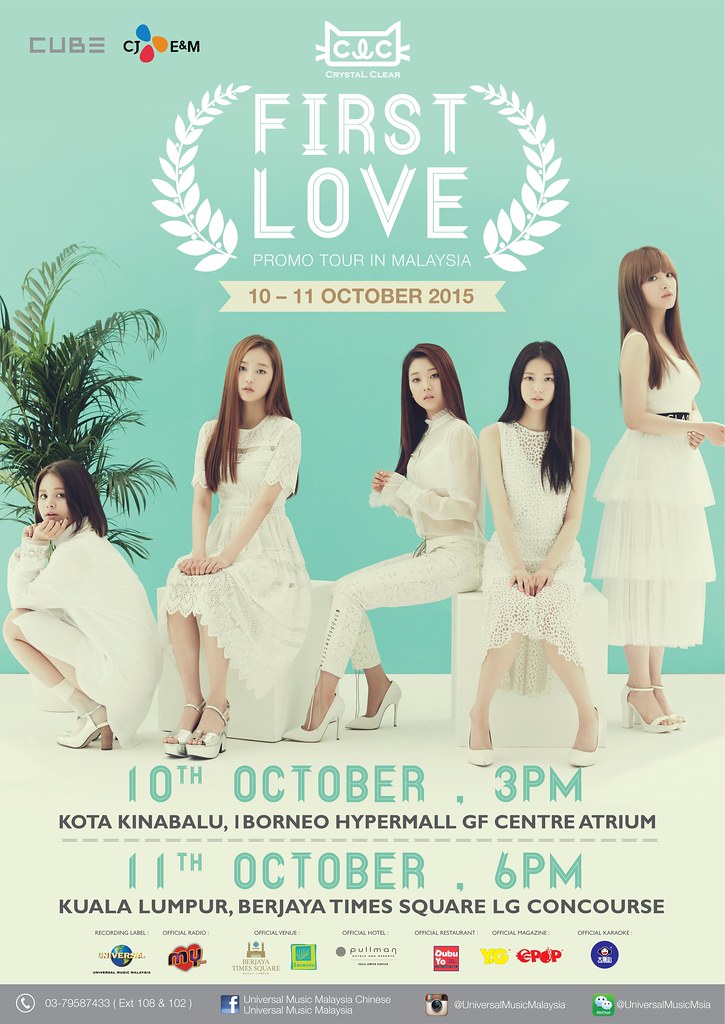