A cheerful mood prevailed at Menara Celcom as more than 300 staff of Celcom Axiata Berhad ushered in the Year of the Rooster with Chief Executive Officer Michael Kuehner and the senior management recently.

Dressed in vibrant and colourful Cheong Sams and a majority in different hues of red – the staff turned up in full force to share the festive joy at the lobby as a renowned lion dance troupe roared to life, to the throbbing beats of cymbals and drums. The lions decked in blue and gold, and its troupe were from the Gao Feng Lion Dance Association Malaysia from Malacca. 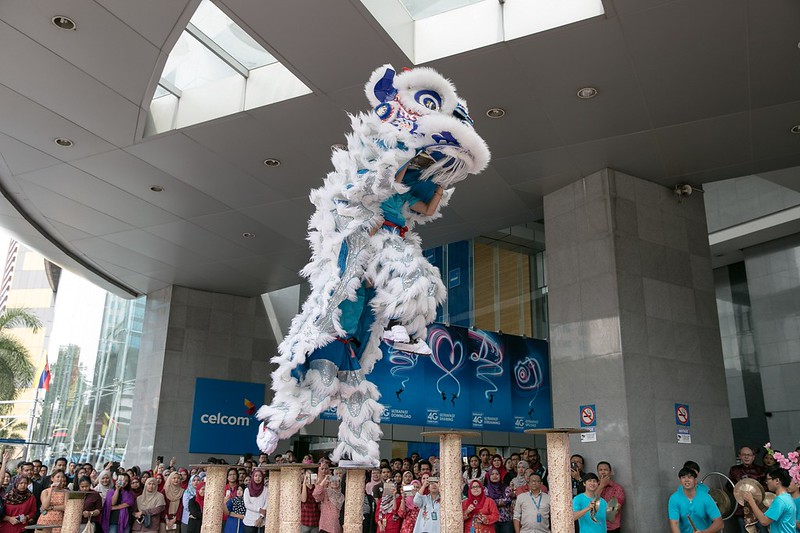 As the dance began, many took out their mobile phones to record the exhilarating routine, and it culminated with the gesture of the lions ‘eating Mandarin oranges and spitting out the skin’ as a symbolic act of blessing, to signify abundance for the year ahead. The celebratory mood was heightened when the God of Prosperity made his way through the crowd and tossed oranges to eager staff.

The lively event was wrapped up with photo sessions by Celcom’s staff against a festive backdrop together with Celcom’s Management team who distributed Ang Pao’s while many took the opportunity to wish each other a prosperous year ahead. 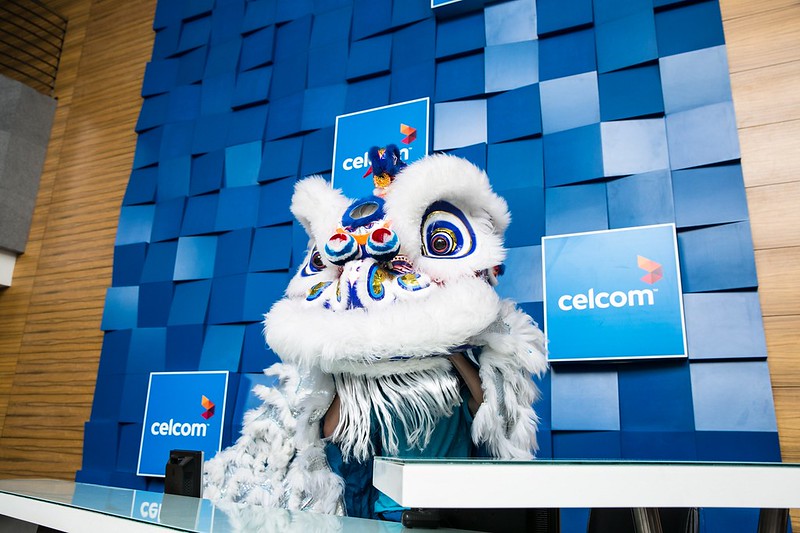 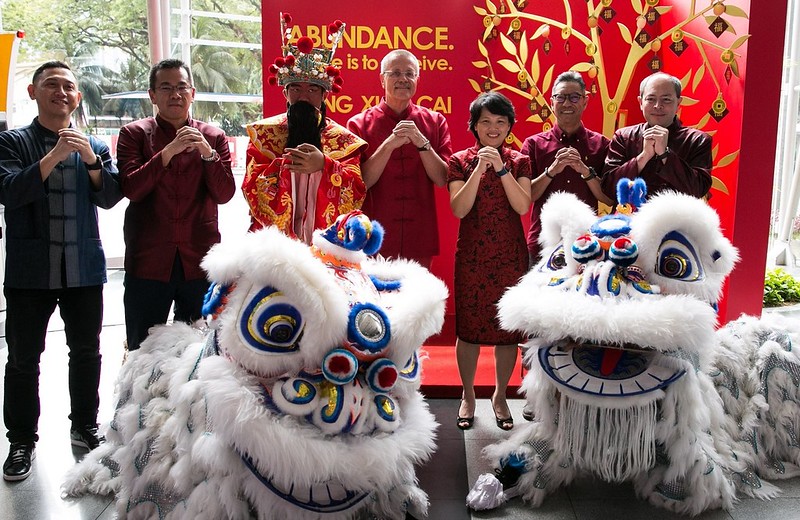 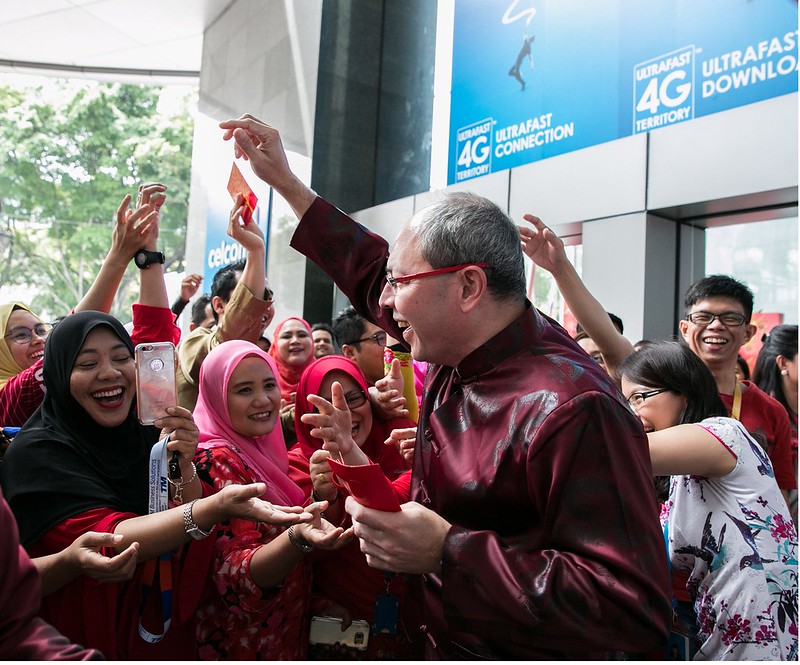 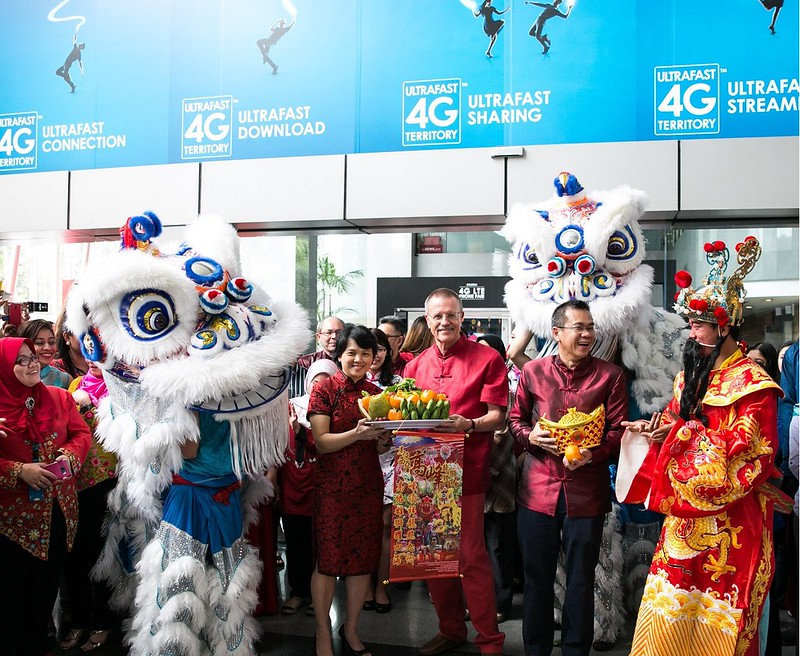 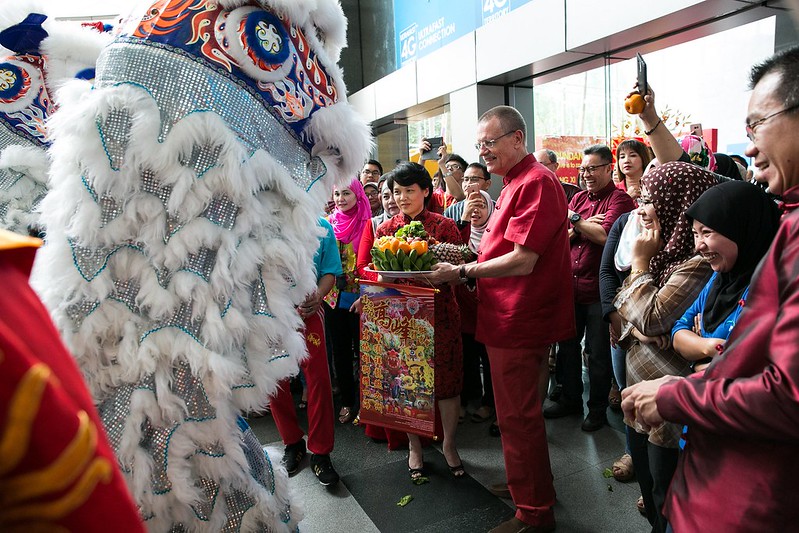