SEOUL, KOREA, 26 May 2011- AirAsia X, the Malaysian based long-haul, low fare affiliate of AirAsia today, announced its collaboration with Chef Shingun, an upcoming Korean celebrity chef for the airline’s menu extension which will feature delicious Korean dishes onboard the Seoul – Kuala Lumpur flight.

This move will further enhance the flight experience and menu selection for passengers onboard the AirAsia X route from Korea to Malaysia. The new menu will feature three new Korean dishes, courtesy of the chef’s secret recipe which are Korean Traditional Chicken and Dry Pollack Stew, a recipe which was served to the King, Chicken Breast Sweet Pumpkin Cheese Croquette and Mushroom Tofu Steak with Old Kimchi. 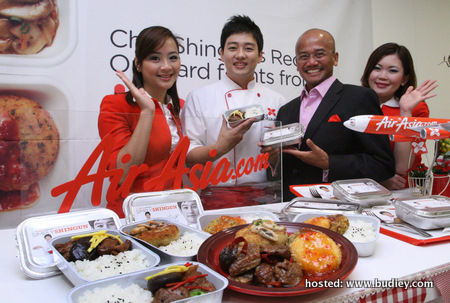 Azran Osman-Rani, CEO of AirAsia X said, “This partnership with Chef Shingun embodies our spirit of being adventurous as we are not afraid to try new things. This collaboration proves that we are open to new ideas with our customers’ feedback in mind hence the new dishes on our menu which we have created specifically for the Seoul – Kuala Lumpur sector. AirAsia X is always improving and striving for the best for our customers and therefore, we are constantly looking for new ways to enhance our services; by adding flavor into everything we offer”.

“This is the first time internationally that we are collaborating with a celebrity chef. We hope that this move if successful, will allow us to replicate the same in other new markets we fly to. Our bold and aggressive marketing strategy is part of our plan in embedding our brand values and culture in new markets like Korea. Ultimately, we hope more people will fly Xtra long with us,” Azran concluded.

Ancillary products such as food and beverages have always been essential to AirAsia X as it is one of the company’s revenue streams. This move will help in strengthening AirAsia X’s ancillary revenue as well as promoting the Korea- Malaysia route. Passengers onboard the Seoul – Kuala Lumpur flight can expect to taste these delicious food beginning 26 May 2011. AirAsia X will extend the new Korean dishes for the Kuala Lumpur to Seoul sector in July.

When asked on this collaboration, Shingun said, “I am very grateful to be given the opportunity to collaborate with AirAsia X. I believe that this partnership can help boost tourism and provide international exposure and people from all nationalities can try out Korean dishes which has become very popular in Europe. We hope that this partnership would further promote Korea to the world and I am thankful to AirAsia X for living my dreams and making this collaboration possible.”

Currently, the AirAsia X menu boost meals which cater to different flavours and markets featuring hot Asian meals, vegetarian meals, and kids meals. The new Korean dishes will be an added advantage for our guests from Korea and guests from Kuala Lumpur will have the opportunity to taste what Koreans has to offer before landing in Korea.

For more information on AirAsia and to book our meals, log on to www.airasia.com

AirAsia X is also currently running a Buy Now Fly Now all in promotional fare from as low as KRW200,400(RM429) one way from Seoul to Kuala Lumpur for bookings made from 25 to 5 June, 2011 for immediate travel between 1 June to 31 August, 2011. Bookings can be made online at www.airasia.com.

About AirAsia and AirAsia X
AirAsia, the leading and largest low-cost carrier in Asia, services the most extensive network with approximately 160 routes covering destinations in Asia, Australia and Europe. In 8 plus years of operations, AirAsia has carried more than 100 million guests and grown its fleet from just two aircraft to approximately 102. The airline today is proud to be a truly Asean (Association of Southeast Asian Nations) airline with established operations based in Malaysia, Indonesia and Thailand, servicing a network stretching across all Asean countries, China, India, Bangladesh, Sri Lanka and Australia. This is further complemented by AirAsia X, its low-cost long-haul affiliate carrier that currently flies to destinations in China, Australia, Taiwan, India, Iran, Japan, Korea, New Zealand, France and the UK. AirAsia was named World’s Best Low Cost Airline in the annual World Airline Survey by Skytrax for two consecutive years, in 2009 and 2010. 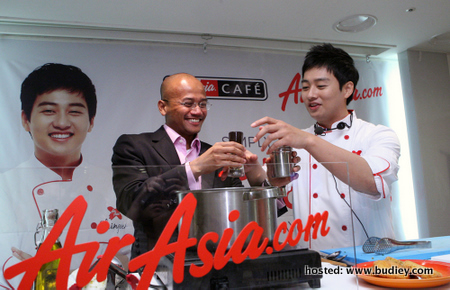