This Merdeka, Netflix is serving all the hottest flavours to fulfill all your holiday entertainment needs. With a full list of 62 #BebasBersamaNetflix series and films for each year of independence, you’re sure to get your entertainment fix. Here is a sample of 7 films and series from around the globe we have specially curated for you to enjoy with 7 bottles of equally spicy sambal to make your Great Merdeka Marathon more tasteful!

Catch these Malaysian favourites and many more exciting titles from around the world here: netflix.com/bebasbersamanetflix

Check Out These 7 Hot & Spicy Titles

Feel The Heat of Azalea’s Breath

Starring Khir Rahman, Vanidah Imran, Nam Ron, Kodi Rasheed, Zain Hamid and Zulaika Zahari, Till Death: Azalea’s Wrath is about a couple who just lost their baby due to complications during childbirth,  and they move to a new house to start fresh. Little do they know, the house carries a dark secret and their journey of hardships have only just begun. Featuring an original script by director, Sein Qudsi, this is Malaysia’s first movie exclusive to Netflix.

You Can’t Touch These ‘Sacred Flames’

A policeman, a criminal overlord, a Bollywood film star, politicians, cultists, spies, and terrorists—the lives of the privileged, the famous, the wretched, and the bloodthirsty interweave with cataclysmic consequences amid the chaos of modern-day Mumbai. The series is based on the critically-acclaimed best-selling novel Sacred Games by author Vikram Chandra.

The story focuses on Sartaj Singh (Saif Ali Khan), a seasoned and cynical Bombay police officer, summoned by an anonymous tip one morning, a voice which promises him an opportunity to capture the powerful Ganesh Gaitonde (Nawazuddin Siddiqui), criminal overlord of the G-Company. As the stakes mount and Sartaj seeks knowledge of his prey, it becomes clear that the game the two players thought they were engaged in is in fact part of a much larger scenario, one that expands beyond their city. Sacred Games is directed by Vikramaditya Motwane and Anurag Kashyap.

Love Alarm is a show about an app that tells you if there’s anyone who has a crush on you within a 10-meter radius launches, and it quickly becomes a social phenomenon. While everyone talks about it and uses it to test their love and popularity, Kim Jojo (played by Kim So-hyun) is one of the few exceptions as life itself is an uphill battle every day for her. However, Jojo soon faces a love triangle situation between Hwang Sun-oh (played by Song Kang), who she is fond of, and Lee Hye-young (played by Jung Ga-ram), who has a huge crush on her even before Sun-oh.

We know ‘Wu Can’t Handle This’

Think You Can Take The Heat? Turn It Up! ‘Heat Level: ELEVEN!’

It’s 1985 in Hawkins, Indiana, and summer’s heating up. School’s out, there’s a brand new mall in town, and the Hawkins crew are on the cusp of adulthood. Romance blossoms and complicates the group’s dynamic, and they’ll have to figure out how to grow up without growing apart. Meanwhile, danger looms. When the town’s threatened by enemies old and new, Eleven and her friends are reminded that evil never ends; it evolves.

Now they’ll have to band together to survive, and remember that friendship is always stronger than fear. The series stars Millie Bobby Brown as the mysterious Eleven, alongside Gaten Matarazzo as Dustin Henderson, Caleb McLaughlin as Lucas Sinclair, Noah Schnapp as Will Byers and Sadie Sink as Max Mayfield.

Naval unit PASKAL is among the most elite special forces in Malaysia. But all bets are off when one of its own stages a hijacking. Paskal stars Hairul Azreen, Ammar Alfian, Namron, Eizlan Yusof, Henley Hii, Taufiq Hanafi, Gambit Saifullah, Theebaan G, Hafizul Kamal, Jasmine Suraya Chin, Amerul Affendi and Tiger Chen Hu.

You Know You Want To Be ‘Always Spicy As Sasha’

Always Be My Maybe, now streaming

Childhood friends Sasha and Marcus have a falling out and don’t speak for 15 years. But when Sasha, now a celebrity chef in Los Angeles, returns to her hometown of San Francisco to open a new restaurant, she runs into her old pal, a happily complacent musician still living at home and working for his dad. Though the two are reluctant to reconnect, they soon find the old sparks — and maybe some new ones — are there. Always Be My Maybe is directed by Nahnatchka Khan and stars Ali Wong and Randall Park and features Keanu Reeves.

Netflix is the world’s leading internet entertainment service with over 151 million paid memberships in over 190 countries enjoying TV series, documentaries and feature films across a wide variety of genres and languages. Members can watch as much as they want, anytime, anywhere, on any internet-connected screen. Members can play, pause and resume watching, all without adverts or commitments. 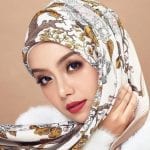