WING CHUN CRAZE IS BACK WITH LOADS OF LAUGHTER

New Pro Star, Phaedra Pictures Ltd together with Malaysia Distributor formally announces the release of comedy action, ‘I Love Wing Chun’ in over 50 cinemas nationwide on 28 July. The inspiration behind ‘I Love Wing Chun’ draws from the popularity of Wing Chun with the blockbuster hits of Ip Man 1 & 2. Working on the same formula and similar footstep of the character Wong Fei Hong in the ‘Once A Upon A Time in China’ series which led to the comedic version in ‘Once Upon A Time A Hero In China’, ‘I Love Wing Chun’ is the combination of comedy and action in hopes to entertain the next generation of moviegoers while giving ‘Wing Chun’ a lighthearted, funny and entertaining fresh approach to the genre. 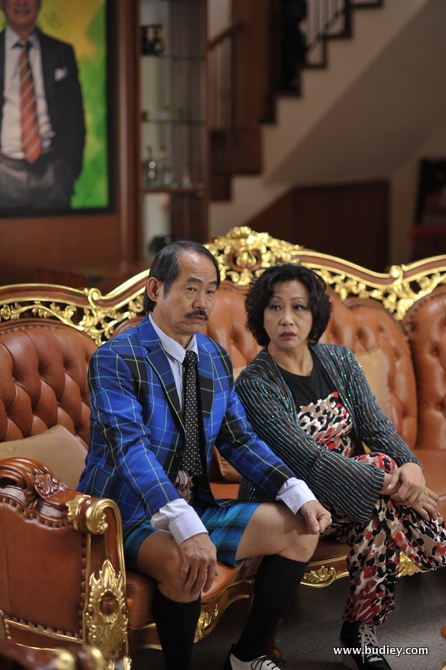 I Love Wing Chun was shot entirely in Malaysia and to keep the action element in the movie as realistic as possible by engaging on board Action Director to collaborate with Wing Chun advisor, Guy Lai, better known as Master Lai (one of the original disciples of Ip Man) as well as Costume and Image designer, Nelson Cheung to bring the comedy-action characters to live. To keep up with the Wing Chun theme, overnight one of the streets in Melaka was turn into ‘Wing Chun Street’ with everything from Wing Chun Chicken Rice and Wing Chun Bah Kut Teh, to even Wing Chun Mahjong Centre where you will find the only 3-sided Mahjong table (in line with Malaysia’s unique version of 3 person Mahjong game). You can personally see the special actual 3-sided mahjong table prop from the movie on display from mid July onwards exclusively at 3 cinemas; TGV Kepong, TGV Cheras Selatan and Cathay e-Curve.

In conjunction with the release of ‘I Love Wing Chun’, various events and activities have been planned including the first grand scale red carpet World Movie Premiere in Genting International Showroom, sponsored by Genting Resort World on 22 July. All the main casts, Yun Wah, Yun Qiu, Nat Chan, Tian Liang and Mei Yan, together with other supporting casts Law Kun Fung, Elvina Kong, Bobby Yip, Gill Mohinderpaul, Brian Burell, Lau Yee Tat, Yong Ming and many more, will grace the red carpet. Earlier on 22 July there will also be a ‘Meet the Fans’ session with selected stars Tian Liang, Law Kung Fung and Lau Yee Tat at the Times Square, Genting First World Plaza. Alternatively you can also drop by Sungei Wang on 23 July for the ‘Meet the Fans’ with Yun Wah and Yun Qiu. There are other planned events include the ‘I Love Wing Chun’ themed ‘Give Me Ten’ roadshow to the northern and southern region of Malaysia during the weekend of the release of the movie on 30 & 31 July. More details on all the events and promotions for ‘I Love Wing Chun’ will be announced later.

ABOUT I LOVE WING CUN

A comedy about 3 good friends – a wealthy businessman, a kung fu master and a swindler. The swindler on the verge of dying, begs kung fu master to take care and protect his son, the wealthy businessman to support his son financially. When he turns 18, the secret cache to his years of swindling will be revealed. However with mistaken identities, misunderstanding and unexpected incidents leads to a hilarious journey! 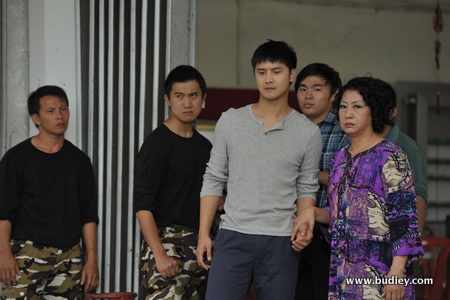