Gear Up For Awesome Adventure with Cartoon Network’s PROJECT AWESOME

KUALA LUMPUR – Cartoon Network ups the awesome factor this September with the launch of Project Awesome, where one lucky person in Malaysia will win a 3D TV!

Cartoon Network – the home of fun and comedy – is giving Malaysian kids and those young at heart a chance to win a 3D TV and Xbox Arcade 360 along with other kids from Southeast Asia, with a Cartoon Network customized iPad for each country winner.

To stand a chance to win, just tune in to Cartoon Network (Astro 616) every day from September 3 to 25 to catch the Generator Rex themed games for the contest answers. Four different games will be shown across a four-week period with a different game each day, and you will need to submit your answers to CartoonNetworkAsia.com to participate. It’s that simple!

PROJECT AWESOME celebrates the new episodes of Generator Rex airing exclusively on Cartoon Network beginning September 4, every Sunday at 12:30pm. Generator Rex is the latest power-packin’ adventure series from the creators of Ben 10, which follows the journey of 15-year-old Rex, an extraordinary teenager who takes on mutant monstrosities by morphing his limbs into powerful machines via microscopic nanites pumping through his body.

This September, join Rex on a space adventure! Zag R.S. the artificial intelligence (AI) from the episode “The Architect” is back, and this time the AI will infiltrate the space station where Dr. Holiday is conducting a dangerous nanite experiment. Taking over the data stream and with the station set to crash, it’s up to Rex to save the day. 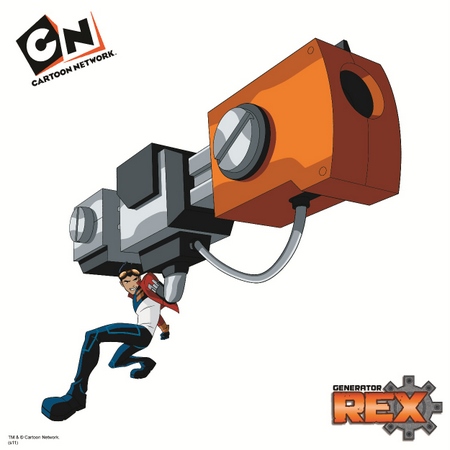