As we move into the month of March, we present the top 10 trending searches in Malaysia over the past month.

Loyal cricket fans were plugged into the action from The England tour of India as victory sided India in the second and third Test so far, won by 317 runs and 10 wickets respectively, inching them closer to a chance at the finals of the World Test Championship.

Manchester United defeated Southampton 9-0, but drew against West Brom and Everton while Liverpool lost ground on retaining their Champions of England status after losing 3-1 to Leicester.

Manchester United and Everton worked hard to progress into the quarterfinals of the FA Cup, with the Red Devils scoring 1-0 against West Ham and The Blues taking a 5-4 win against Tottenham in extra time.

Results for the UEFA Europa League were a mixed bag, with Barcelona losing to PSG, which became the first French team to ever win at Camp Nou in Champions League history, while Liverpool progressed overcoming opponent RB Leipzig.

As we inch closer to the month of Ramadan, Muslims around the country looked up details for the optional Rejab fast, such as the fasting date, prayer and good practices.

The drama series, adapted from the online novel ‘A Fish in a Secret Room’, stars Hu Yitian and Li Yitong in a story revolving around two individuals falling in love while in the process of chasing their dreams.

The local tv series initially made waves for its unique, horror-filed approach to the drama genre, but later made headlines for excessive censorship which altered the story significantly.

The Australia tour of New Zealand saw the latter winning both first and second T20Is, leaving Australia fans more hopeful for the rest of the five-match series slated for the first week of March.

The movie, which featured actor Jia Leng both in front and behind the camera as director, became the fourth best selling movie in China with a box office of RM2.7 billion thanks to strong word of mouth.

The 39-year-old woman made headlines after succeeding in a six-year legal battle to be recognized as a Buddhist, due to there being no proof or record of her Buddhist mother converting to Islam or of her biological parents entering a Muslim marriage. 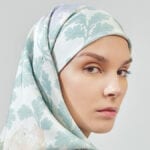