WESTLIFE will be coming to Malaysia this coming October 7th, 2011 to perform to their Malaysian fans at The Putra Indoor Stadium, Bukit Jalil at 8,30 pm..

Malaysia holds a special place in the hearts of WESTLIFE…. 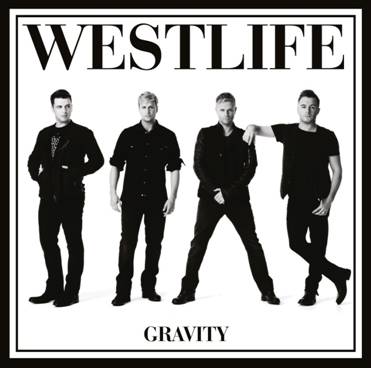 When they embark on their first ever promotional tour in June 1999, Malaysia was the first ever nation to welcome them. They came back a 2nd time in November 1999 and their debut album sold a record achieving 260,000 units.. Their maiden headlining concert tour of Asia had them rocking a full house at Genting’s Arena Of Stars.For their 2nd album, spearheaded by the smash remake of UPTOWN GIRL sold 240,000 units. They supported the album with a concert at the National Stadium Bukit Jalil on May 26,2001.

In 2002 for their 4th. album WESTLIFE chose Malaysia to be the first Asian country to launch their landmark album of their greatest hits. They launched the Greatest Hits album with a sensational concert at the National Stadium in Bukit Jalil with the Westlife Showcase & Soccer Extravaganza whereby they played soccer with Malaysian Rockers United and won 6-1. The event at The National Stadium Bukit Jalil was held also to collect funds for the Malaysian Cancer Association Of Malaysia (MAKNA)

Since than, Westlife has never toured this part of Asia and come October 7 longtime fans of the band will be able to see their beloved superstars perform at the Putra Indoor Stadium in Bukit Jalil. This time it will be in conjunction with their latest album Gravity.

Westlife’s is the only act in British or Irish history to have their first seven singles go straight to Number 1, and they have gone on to sell over 44 million records worldwide which includes their studio, single, video, and compilation albums.

Westlife garnered 14 number one singles in the United Kingdom, the third-highest in UK history, tying with Cliff Richard and trailing behind only Elvis Presley and The Beatles. The group has also broken a few top records, including “Music artist with most consecutive number 1’s in the UK”.

Westlife’s first big break came in 1998 when they opened for the Boyzone and Backstreet Boys‘ concerts in Dublin. In March 1999, the group released their first single, “Swear It Again” which immediately topped the charts in Ireland and in UK for two weeks.Their second single, “If I Let You Go“, released in August 1999 along with the highly acclaimed “Flying Without Wings” (their first ‘Record of the Year’), released in October the same year, also followed suit. “Flying Without Wings

Coast to Coast was released a year after and was another #1 UK album The album was preceded by a duet with Mariah Carey on the Phil Collins‘ classic “Against All Odds (Take a Look at Me Now)” and the original song, “My Love” (the song that bagged their second ‘Record of the Year’ award). Both singles reached #1 on the UK charts. With this, Westlife broke an unexpected record of having their first seven singles debut at the top of the UK charts, tying with The Beatles. Outside the UK/Ireland territories, they have released “I Lay My Love on You” and “When You’re Looking Like That” and gained chart success. In 2001

The new album named Gravity, which was named by a fan, was released on a 22 November 2010….The  first single “Safe” debuted on the UK Singles Chart on 21 November 2010 at #10, giving the group their 25th Top 10 single in the United Kingdom…

The band is expected to release their second greatest hits album sometime in the end of the year.

Westlife are back bigger than ever ; and for fans eager to see them live ; can get their tickets online at  www.ticketpro.com.my & www.airasiaredtix.com

Tickets can also be purchased at the following outlets; Victoria Music; Guitar Store and Rock Corner outlets and is priced @ RM355, RM255,RM155, RM95.