Dermatologist-recommended skincare brand COSRX, winner of 63 global beauty awards, and the forerunner in the indie beauty industry has announced their exclusive endorsement contract with popular South Korean actor, Kim Soo Hyun. He will begin activities as the global face of COSRX in Korea and throughout East Asia starting from October this year.

The brand’s spokesperson stated, “COSRX is an ingredient and efficacy centered brand that prioritizes sincerity and genuine communication with its consumers. As such, with his stellar acting credentials and trust-inspiring image, Kim Soo Hyun aligns perfectly with our corporate values, making him the ideal brand ambassador”.

The actor who kick-started another successful chapter in his acting career with his latest and globally recognized drama ‘It’s Okay to Not Be Okay’, ranked No.1 in the Brand Reputation Data for Drama Actors analyzed by Korea Enterprise Reputation Institute with a particular distinction in the communication and community index.

Following this, COSRX is anticipating this year’s sales to double from last year especially since “celebrities, both domestic and international usually help drive brand’s growth when they talk about COSRX and the details about their skincare routine in various social media platforms; as consumers and fans react positively to this form of communication”.

The filming of the COSRX x Kim Soo Hyun commercial has taken place in October with its official release to come as early as November 2020. At the same time, Kim Soo Hyun is currently considering his next acting role as well.

Meanwhile, COSRX has been garnering global attention, solidifying its status as a K-Beauty representative by expanding its exports throughout the East Asia region led by South Korea, the United States, and Europe. This brand has been attracting attention in particular for its remarkable growth despite the worldwide’s economic crisis caused by the COVID-19 pandemic. Demonstrating its steepest growth curve since the brand establishment, exports are predicted to reach USD 20 million this year. COSRX achieved USD 5 million in exports in the year 2018, following by USD 7 million in 2019 and USD 11 million as of July 2020.

On top of winning 63 awards in numerous categories such as GQ Grooming Awards, Teen Vogue Acne Awards, SOKOGLAM Beauty Awards, Influenster Awards, and many more, the global marketplace platform, Amazon has also selected many of COSRX’s products as a best-seller, which further recognizing the brand’s value and product power.

Consumers all over the world have too expressed their enthusiasm towards the brand, hoping for COSRX products to be available in their country; which once again cementing COSRX’s status as the No.1 notable brand despite the ongoing COVID-19 pandemic. In response to this, COSRX is aiming to expand its growth, hoping to enter 60 countries by 2023. 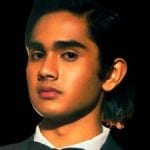 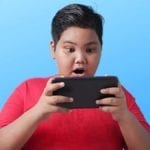