Red FM morning show The Red Breakfast WTF deejays JJ and Lil’ Kev now know what it is like to step out in British business tycoon Sir Richard Branson’s shoes.

Four months after Branson served food and beverage on board an AirAsia flight dressed up as a female flight attendant, the wacky duo followed in his footsteps when they, too, lost a bet to the airline’s group chief executive Tan Sri Tony Fernandes.

It was a day filled with stares and giggles from passers-by and passengers as Red FM’s breakfast duo, JJ and Lil’ Kev strutted their assets in the familiar Air Asia stewardess uniform in LCCT and on board.

Having lost a wager with Air Asia CEO Tan Sri Tony Fernandes on the Red Breakfast WTF show a few months back , JJ and Lil’ Kev ‘s penalty was to be air stewardess for a day on one of Air Asia’s flights. The Red Breakfast WTF show (6am to 10am) was pre-recorded in the first three hours while Tan Sri Tony Fernandes took over from 9am onwards while the duo got ready for their flight.

Red WTF (With These Fellas) On Air Asia

Serving for two sectors- flight from Kuala Lumpur to Kota Kinabalu, and back, all in a total of 5 hours-, they did everything on board, from safety demonstrations, serving food, cleaning rubbish, selling merchandise and making announcements to the passenger’s amusement.

They engaged with the passengers on board with games such as making them demonstrate the safety procedure and a short quiz session. Participants each received a price from Red FM when they have managed to answer the question. JJ and Lil Kev also entertained the crowd by letting the passengers take pictures with them.

One excited listener, Nur Elina Binti Yahaya joined the journey especially to witness this event. She thought that they did well as air stewardess. “They should consider this as a second career. I’ll give them five stars out of five,” said Elina.

While on flight, JJ and Lil’ Kev also had the time to shoot for a parody music video about their experiences using Paperplane Pursuit’s song, ‘What if’. Also on board was John, the vocalist from Paperplane Pursuit to help shoot the video. “I’m more surprised than anything else. It was very random and I enjoyed it,” said John. The video will be coming out on 27th September for viewers to enjoy watching JJ and Lil’ Kev strut in heels whilst in short skirts.

JJ and Lil Kev’s advice to all aspiring stewardess is that it’s not an easy job as it’s not all glitz and glamour. However, it is a great place to be able to meet a lot of people and to learn to interact with others.

To check out the pictures and videos of JJ and Lil Kev playing flight attendants head on over to www.red.fm. Stay up-to-date on the shenanigans that go on with Red FM by “Liking” the station’s Facebook page and “Following” Red FM’s Twitter @iloveredfm. 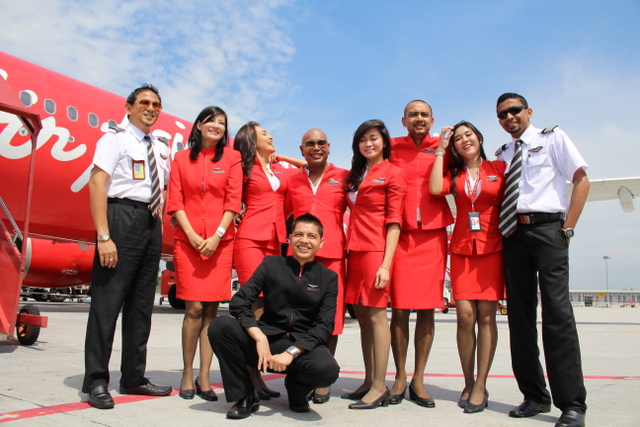 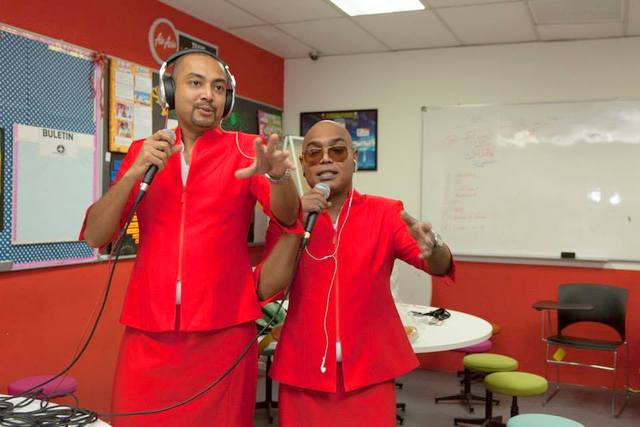 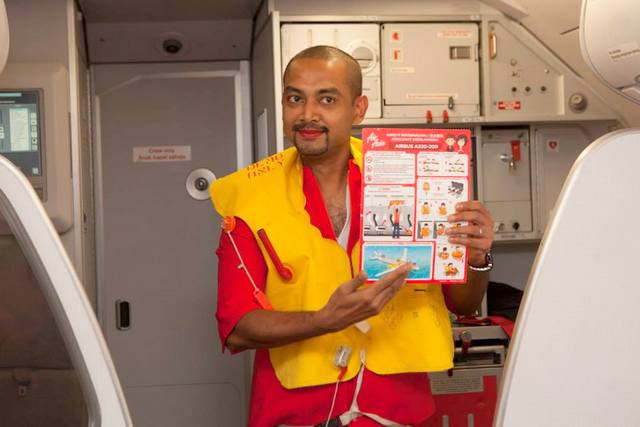 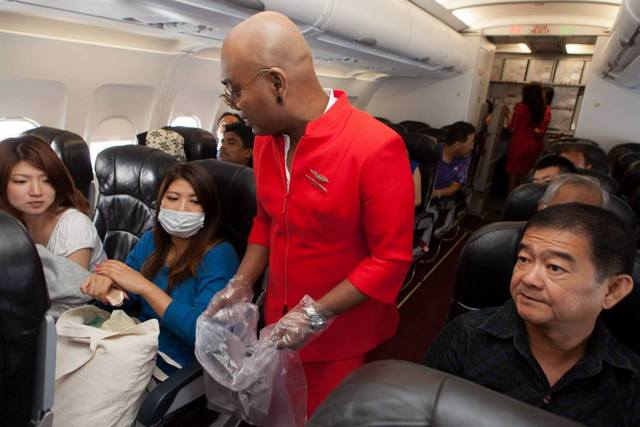