T Movie Review (Non-spoiler Review)
I have to be honest, I didn’t actually watch the original mini series, IT that was first adapted from Stephen King novel of the same name in 1990. So, I can’t really do a comparison review. I’m just gonna focus on 2017’s It. I came out of the movie feeling utterly contented. Bit odd because this is usually the feeling I have after watching an oscar-worthy movie but didn’t I just see a horror film?
Why this movie deserves a solid 4 stars:

1. Firstly, the kid actors are super talented that made us rooting for all of them in every “live or die” scene.

2. The movie isn’t really for kids. The subplots cover serious issues like school bullies, sexual abuse and dysfunctional family. All pretty serious stuff, and at times I am more interested to see how these subplots unfold than the revelation of “it”.

3. Other strength of the movie is of course the scary portrayal of pennywise clown; he is not exactly a ghost but a supernatural tormentor that kills people ala Freddy Kruger. Coincidentally, there is a homage to elm st in one of the scenes.

4. The friendship between the 7 children was so organically formed and beautiful to watch.

5. The starting scene showcasing the relationship between Billy and his loving younger brother, Georgie is so heart touching that made everything else worked in the movie. It is the core of the movie. Georgie only appears less than 5 minutes but his presence can be felt throughout the movie.

6. Screenplay is awesome and smart. The dialogs are just so refine and provide colours to each character. Towards the end of the movie, you almost can tell what each character is gonna say like you know this people like you know your friends. This is an art we seldom see in horror movies and a sign of a very fine movie.

A must watch.
⭐️⭐️⭐️⭐️
Cheers.
Special thanks to Budiey Isma for the tix. 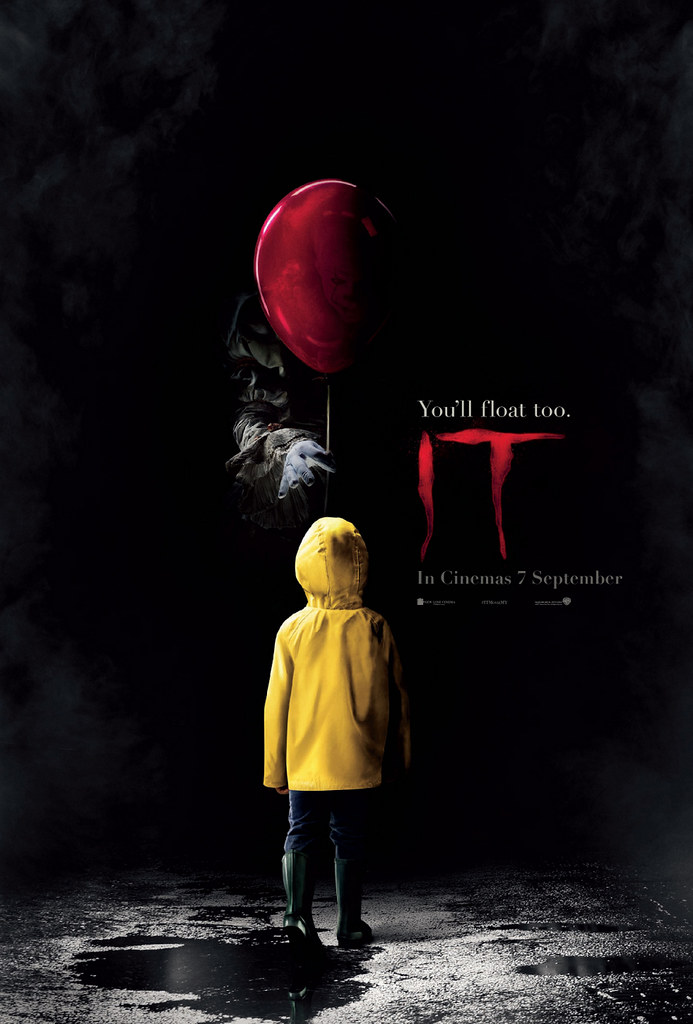