Program Synopsis
Tony Fernandes, ‘Forbes Businessman of the year 2010’, is a maverick, a risk taker and a great entrepreneur. Whilst his mother pioneered the direct-marketing Tupperware business in Malaysia, Tony’s father was a doctor with the World Health Organization, and had come from a family of doctors. The idea to pursue a medical career had been fostered in Tony by his doting mother, since he was a child and Tony was sent to Epsom College; a boarding school renowned for producing doctors in the UK, but his interests lay elsewhere. At Epsom, Tony became a great sportsman and emerged an independent young man who rejected the idea of studying medicine.

In 1990, Tony began his love affair with the music industry and later became Warner Music Malaysia’s Managing Director at the age of 28. Whilst instrumental in transforming the Malaysian music landscape, Tony was also a leader, nurturing the seeds for his success; his people! 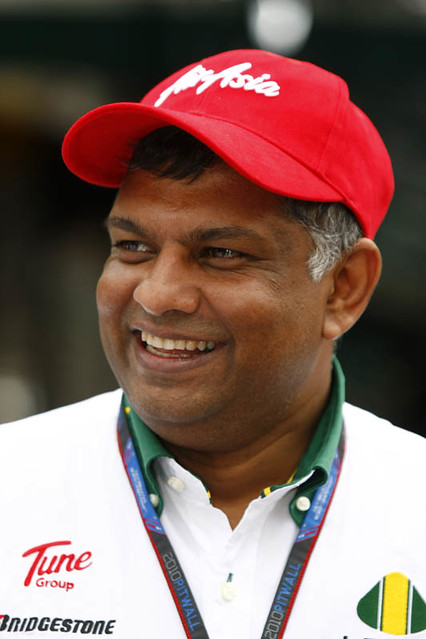 In 2001, with piracy on the rise and politics in the office, Tony made his escape, risking everything by taking over an ailing full service airline, AirAsia and relaunching it as a low cost carrier, that would challenge the stalwarts of Asian aviation. AirAsia, Asia’s most successful low cost carrier, has redefined air travel for Asians and expanded itself through Tony’s pioneering work in cross border joint ventures with Thailand and Indonesia. Tony has become a global brand with his Tune empire and bold appearance on the world stage of Formula One with his underdog team, Lotus Racing.

We learn about the challenges that Tony faced in getting his airline off the ground as well as one of the biggest and longest challenges of his career – getting the route to Singapore. Known for his outspoken and controversial nature, we take a deeper look at the man who has become a legend, the target of much love and much hate.

Dato’ Sri Dr. Tony Fernandes – Group Chief Executive Officer, AirAsia
Tony Fernandes is the face of AirAsia and its CEO. Prior to setting up AirAsia, ASEAN’s leading budget airline, Tony had been instrumental in the development of the Malaysian music scene, through his work as the Chairman of RIM, the Recording Industry Association of Malaysia, and as the Managing Director of Warner Music Malaysia. He was conferred the title ‘Setia Mahkota Selangor’ by DYMM Sultan Selangor Sultan Salahuddin Abdul Aziz Shah in 1999, in recognition of his efforts in the music industry.

Before Warner Music Malaysia, Tony had been working in London, with Warner Music International, and before that, with Virgin TV, under his mentor Richard Branson.

A highly decorated man, Tony has been named ‘2009 CAPA Legend Award’, ‘Forbes Asia’s Businessman of the Year 2010’ and was recently awarded ‘Commander of the Order of the British Empire’ by Queen Elizabeth II, for his contributions towards fostering commercial and educational links between Malaysia and the United Kingdom.

Mark Lankester – Friend & Colleague
Mark is the CEO of Tune Hotels, the no-frills, budget hotel under the auspices of the Tune Group. Mark’s history with Tony began when they were kids at Alice Smith School and progressed into their teenage years, as they both studied at Epsom College together. After 15 years at Warner Music Malaysia in senior Regional and Managing Director management roles throughout Asia, Mark left the industry to take up the challenge of starting Tune Hotels with Tony.

Sandy Monteiro – Music industry veteran
Sandy is a prominent figure in the Malaysian music industry. Starting out as Head of Marketing for Warner Music Malaysia in 1995, Sandy worked closely with Tony until he left for Universal Music in 1995. His relationship with Tony continued when he became GM of the Recording Industry of Malaysia association (RIM). He is now the President of the Universal Music Group International for Southeast Asia.

Peter Harbison – Executive Chairman, Center for Asia Pacific Aviation
Peter Harbison is one of the leading aviation strategists globally and the Executive Chairman of the Center for Asia Pacific Aviation (CAPA) which he established in 1990.
CAPA provides independent aviation market intelligence, analysis and data services. Mr.Harbison has extensive experience in aviation law and regulatory affairs, having served at a senior position at the International Air Transport Association in Geneva. He is currently the President of the Australian Aviation Council.

Lorraine Hahn – Journalist
Lorraine Hahn has been active in the world of journalism for over 20 years, focusing mainly on Asian Business news. She is in touch with economic and political issues in Asia and interviewed Tony Fernandes for CNN in 2004. They also attended the same school as kids.

M.D.Hobbs – Ex-Tutor, Holman House
Mike Hobbs is the current Head of Biology and Medical Careers at Epsom College. He was a tutor at Holman House when Tony was a student and developed a close relationship with him. Mr.Hobbs was also Tony’s cricket coach.

Dato’ Kamarudin bin Meranun – Business partner
Kamarudin Meranun is Tony’s business partner and close friend. Their friendship began way back in Tony’s days as Managing Director of Warner Music Malaysia and has culminated in a solid partnership in AirAsia and in other ventures as well – Lotus Racing. He is currently the Deputy Group Chief Executive Officer of AirAsia. 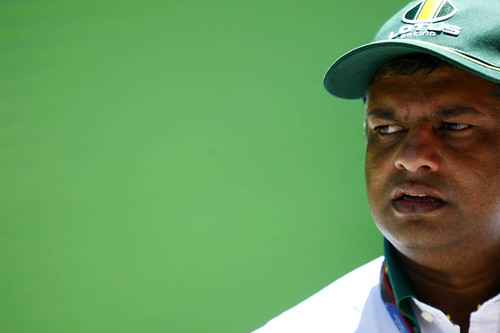