These jellies come in a variety of shapes, sizes and personalities, from cute octopuses to menacing toads, They can be harmful or harmless. And Eun-young spends her days fighting with contaminated jellies that are invisible to others. To them she often appears to be making strange movements in the air. Her long-lasting and lonely struggles become a more dynamic battle against the jellies when she meets the Chinese Characters teacher Hong In-pyo who has special powers. Eun-young accidentally finds out that when she holds his hand her energies become recharged. The two become inseparable in this special relationship as they join forces to defend the school. Although she is nonchalant about her special abilities that she never wanted or appreciated, Eun-young tells herself that she is ‘born into a fate to help others without their knowing.’ Armed with a rainbow sword and a BB gun against contaminated jellies, she lives her life in the strange yet beautiful world of these colorful creatures.

Eun-young might seem like an ordinary school nurse, but behind her mundane appearance is her supernatural ability to see monsters (ectoplasm) as jelly figures. When she’s appointed to a new high school, she quickly discovers mysterious secrets that threaten the students and fights alongside her fellow teacher In-pyo, the handsome heir to the school. 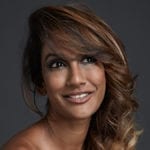 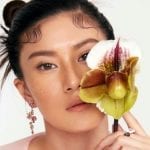