“Entertainment is a cornerstone for TikTok and this partnership is a means for the platform to bolster content diversity and cultivate new found appreciation for the film industry in Malaysia.

The launch of Entertainment Anchor provides users with new and exclusive options to connect with the film, and at the same time, provides the industry a different avenue to connect to a whole new wider audience.”

As we embrace the new normal and return to the cinemas, we are thrilled to work with TikTok Malaysia, a platform that’s so fun and vibrant, that could very well enhance engagement with our audiences.”

More than just an ad-hoc page, Entertainment Anchor will show users a wall of film and television shows for their perusal. Once selected, users need only click the ‘Entertainment Anchor’ icon on the bottom left of their screens to be transported to a dedicated page filled with further insight such as trailers, title synopsis, casting lists, hashtags, and many more.

As an added bonus for Train to Busan Presents Peninsula fans, users will be greeted to a super exclusive three-part interview between TikTok creator Sean Lee, actors Lee Jung-hyun & Gang Dong-Won, and Director Yeon Sang-ho himself when they click on the title.

Aside from being the go-to place for key information on upcoming film releases, TikTok’s Entertainment Anchor would also give lucky TikTokers the opportunity to win exclusive merchandise and attend premiere screenings for future blockbusters.

As is, GSC Movies has already launched two challenges for Train to Busan Presents Peninsula, which are currently trending on TikTok. #PeninsulaTikTokMy and #PeninsulaTikTokDance gives fans the opportunity to win RM3,000 worth of cash prizes.

So what are you waiting for? Download or open the TikTok app now to check out Entertainment Anchor and its exclusive content on Train to Busan Presents Peninsula and participate in the special TikTok contest via the hashtags #PeninsulaTikTokMy and #PeninsulaTikTokDance. 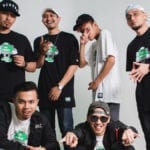 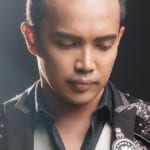