Program synopsis:
It’s time for a new look at a very old universe. In its mysteries, we are finding the secrets of our past and the key to our future. This is a history of how we know what we do about space. Fifty years have flown by since man first ventured into outer space, but the heavens are only now yielding their greatest secrets. 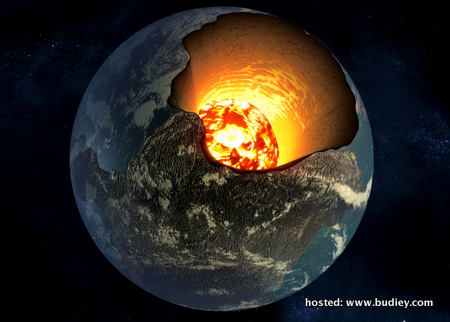 Robotic rovers give us eyes on the red rock of Mars. NASA probes slam into comets at hyperspeed. Deep space telescopes capture violent images of the birth of stars and their collapse into black holes. All of these have significantly changed the way we look at ourselves. As our own planet churns with the effects of global warming, it’s natural to look into the heavens and wonder about the rest of the real estate. Is there anywhere else out there that that can support life? Or, is there truly no place like home? Each episode will examine how the discoveries were made and the fascinating stories of the scientists and explorers who dared to venture into the uncharted territory of the universe.

Mars: The New Evidence, 9 April
In the last few years, the Red Planet has yielded up many new clues that life may have once existed there…and may even exist there today. There is now have proof that water once flowed on the surface, that Mars once had lakes, and that the frozen poles are mostly water, not carbon dioxide as previously thought. Mars has snow–an aurora–and lightning generated by dust storms. Most intriguing of all are the seasonal plumes of methane that just may point to bacteria living below the surface.

Magnetic Storm, 16 April
It bursts from the sun with the power of ten thousand nuclear weapons… and when it hits our planet, it could create the largest disaster in recorded history. A magnetic storm from the sun could wipe out electrical power, television, radio, military communication, and nearly every piece of electronics in the Northern Hemisphere. It’s a “Solar Katrina” — a planet-wide “hurricane” of magnetic forces that scramble all 21st Century technology, possibly for good. What causes this magnetic superstorm? Why is magnetism so powerful — and yet so poorly understood? And is there anything we can do to prevent the Magnetic Storm?

Time Travel, 23 April
One of the Universe’s most enduring mysteries is Time Travel. In this episode, we explore the possibilities. Discover why Time Travel into the future is unavoidable in the Einsteinian world of Relativity. As for the past… the laws of physics do not tell us it’s impossible, but the bizarre consequences of going into the past and altering the future make for mind-bending science. Finally, we go for the future by traveling to the nearest star, 4.3 light years away… in only 45 days. Our destination may be an Earth-like planet; a planet scientists are now hunting for, and may find in the next 3 to 4 years.

Secrets of the Space Probes, 30 April
They’ve discovered water on other planets, and snatched the actual building blocks of life from a comet’s tail. But can space probes find a new Earth…and even make contact with alien life? In the 21st century, space probes are photographing, drilling and even sniffing new worlds in the quest for life, and scanning thousands of distant suns trying to detect Earth-like planets. It’s only a matter of time before space probes unlock the secrets to extra-terrestrial life and the universe itself. 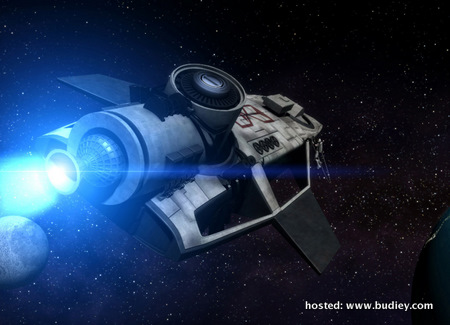