The Peacemaker: LA Gang Wars
Every Friday 8:00 p.m
THE PEACEMAKER is an explosive, provoking, half-hour docu-reality series confronting, intervening and witnessing first-hand the violent world of American gangs. After a stint in prison, former gang member, Malik has devoted his life to bringing peace between feuding gangs in an attempt to put an end to the cycle of violence.

The Peacemaker: LA Gang Wars – Bullets, Guns and Violence
3 June, Friday @ 8:00 p.m
The 4 Trey Crips and 40 Avalon Crips have been enemies for over 40 years, which is especially concerning given that their neighborhoods are separated by only one city block. Most recently a known member of the 4 Treys named Mr. Chino was shot and killed, and when a 4 Trey gets shot the first finger is always pointed at the 40 Avalons. Malik needs to act fast to get these rivals to talk before any retaliation happens. Unfortunately, peace can only come when both sides want it, and the 4 Treys aren’t ready to talk to the men they think shot their friend. With retaliation looming, Malik needs to find a way to change their mind before the death toll rises.

The Peacemaker: LA Gang Wars – Gunned Down
3 June, Friday @ 8:30 pm
On the streets of Los Angeles, in Malik’s own neighborhood, a young lady was gunned down while five months pregnant. The father of the baby was a member of the Play Boy Gangster CRIPS–and when something happens to a member of the Play Boys, the rival Mansfield CRIPS are the suspected culprits. The war escalates when Teflon from Mansfield gets shot, possibly in retaliation. Malik’s mission is now more important than ever. He desperately tries to convince both sides to come to the table before the gang war spirals out of control.

The Peacemaker: LA Gang Wars – Blood Brothers
10 June, Friday @ 8:00 pm
In Inglewood, the Inglewood Family and Queens Street Bloods have one thing in common–brothers from the same biological family. G-Luv from Queens Street and Squeak Ru from Inglewood Family have been on opposing sides since childhood. But even their family ties can’t bring these two gangs to peace. Recently, G-Luv’s friend Trent was shot and killed by one of his rivals from Inglewood Family. Now the two sides are riled up like never before. It’s up to Malik to attempt a mediation that could not only reunite a broken family, but also bring all the brothers of Inglewood back together again.

The Peacemaker: LA Gang Wars – Disrespect
17 June, Friday @ 8:00 pm
Young King, runs his Mad Ass Gangsta CRIPS, a young set that is disrespecting and stepping on the toes of one of the first Crip gang sets ever established–the Payback CRIPS. Most recently, Crook from the Payback CRIPS found himself in the middle of a fistfight with one of the Mad Ass Gangsta CRIPS, and feeling disrespected, is looking for either an apology or revenge. The leader of the Payback CRIPS, Barefoot Pookie, is the last living founder of the CRIPS. He is not about to let these youngsters step on his toes. Malik goes back into the war zone to try and cool down the generational gap.

The Peacemaker: LA Gang Wars – Gunplay
24 June, Friday @ 8:00 pm
The PJ Watts CRIPS run the infamous Imperial Courts housing project, which is the largest housing project west of the Mississippi. The poor, predominately African-American community is suffering from a constant barrage of gang violence. A few weeks ago, at a party in Project Watts territory, a fight broke out over a game of dice between members of the Project Watts CRIPS and members of the Fudge Town Mafia CRIPS. Later that night, gunplay erupted. Someone on Fudge Town got shot. The gunplay has now continued for a few weeks straight, with several casualties. The leader of the PJ Watts CRIPS, Big L, went to grammar school with Fel, a shot caller from the Fudge Town Mafia CRIPS. Big L wants to stop this before it flares up again. So it’s time for Malik to step in before someone else gets shot or killed. 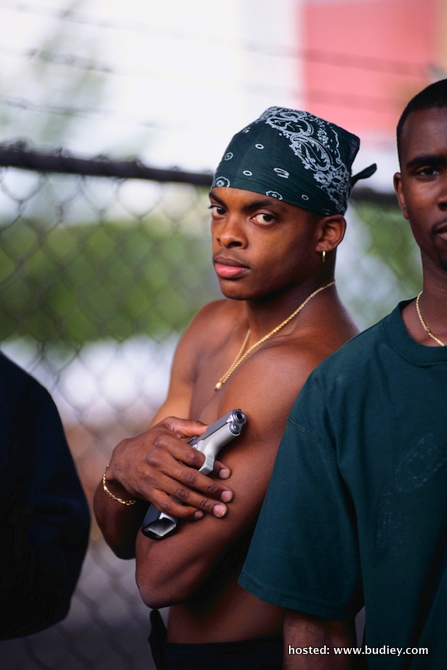