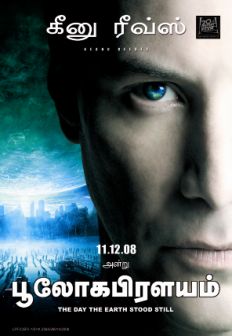 The announcement was made by Mr. Chow Will Pin, Managing Director, Twentieth Century Fox Film Malaysia.

THE DAY THE EARTH STOOD STILL is Twentieth Century Fox’s contemporary reinvention of its 1951 classic.  Keanu Reeves portrays Klaatu, an alien whose arrival on our planet triggers a global upheaval.

As governments and scientists race to unravel the mystery behind the visitor’s appearance, a woman (Jennifer Connelly) and her young stepson get caught up in his mission – and come to understand the ramifications of his being a self-described “friend to the Earth.” 11.12.08 Is The Day The Earth Stood Still.