LET’S SEND THE AZENDERS TO LONDON

Help Kuala Lumpur’s Band, The Azenders join the line up at Hard Rock Calling 2011 in London’s Hyde Park and make their dreams of performing on the same stage as Bon Jovi and Rod Stewart a reality!

They have knocked out the rest of Kuala Lumpur’s competition, wowed music industry experts and even had veteran rockers Little Steven Van Zandt and Pete Wentz in their corners, now Kuala Lumpur’s very own The Azenders needs your help to take the stage at Hard Rock Calling 2011. Beginning Tuesday, April 12, 2011, The Azenders will be one of 40 bands from across the globe competing for your vote on www.hardrock.com. 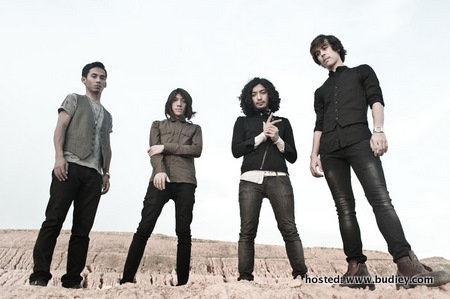 At stake for The Azenders is a chance to make it to the big stage and perform live at Hard Rock Calling 2011 in London’s Hyde Park – one of the world’s most-anticipated concert events. With thousands of fans and top headliners, including Bon Jovi, Rod Stewart and Stevie Nicks, Hard Rock Calling 2011 is the chance of a lifetime for emerging artists to gain exposure and showcase their talent in front of today’s most iconic rock stars.

Bands like The Azenders who made it to the online consumer voting phase fought their way to Hard Rock’s top 40, besting their rivals in a series local battles at Hard Rock Cafe locations in 68 cities in 24 countries and to become their city’s local nominee.

Each nominee was then assessed by a panel of acclaimed industry experts, including Little Steven Van Zandt of the legendary E Street Band, Pete Wentz of hit rock group Fall Out Boy, Live Nation Vice President of Promotions Toby Leighton‐Pope, Hard Rock International Chief Marketing Officer John Galloway and Absolute Radio Director of Marketing Clare Baker, who narrowed down the field to the 40 acts with the most star potential. Based on fan voting, four finalists ( winner of each region) will be flown to London, treated like rock stars and given a spot on the bill at Hard Rock Calling 2011 in London’s Hyde Park; but only one band will open for one of the festival’s iconic headliners on the Main Stage! The band that receives the most votes will take the Main Stage at Hard Rock Calling, with the runners‐up performing on second stage. ( visit www.hardrock.com for complete program rules).

“I was really impressed by the level of talent shown from the bands in Hard Rock’s battle,” said Pete Wentz, judge of Hard Rock’s Battle of the Bands. “I know how tough it can be to make it in the music industry, and Hard Rock is definitely giving these artists an amazing opportunity!”

Here’s how you can vote, log on to hardrock.com and vote and help make a band’s dream come true. The Azenders’ frontman and vocalist said, “The Band was thrilled and extremely happy when they were told they have made it to this stage of the competition. “We hope people will throw their votes for us because this is our big opportunity to bring Malaysia’s flag to the international musical event and prove to them that we also have a great band to breakthrough the international market.” Sam, who is also the frontman of the hugely successful act Bunkface, has announced that The Azenders is his project band.

Jennifer Thompson, the head judge at the local level of the competition said, “A chance to perform on an international stage is something that every Artiste dreams of and thanks to Hard Rock, one of our own has been afforded that possibility. It is indeed a proud moment for us to have The Azenders to make it to this stage. Their performance ability and songwriting skillls are definitely of an international standard. We now appeal to all to not only make the band’s dream come true but also to contribute towards helping establish Malaysian music in the international arena,”

“Hard Rock Kuala Lumpur is asking everyone to vote for The Azenders! This is a great way for us to showcase to the world the talent that we have in Kuala Lumpur. We hope everyone will join us and vote too”, said a Hard Rock representative.

HELP VOTE FOR THE AZENDERS NOW!!! LET’S SHOW THE WORLD THE TALENTED MUSICIANS WE HAVE IN KUALA LUMPUR.
Visit www.hardrock.com to cast your vote! Votings ends 25 April. 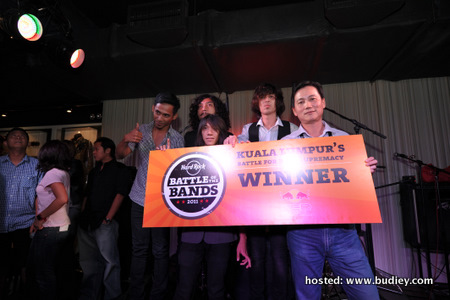 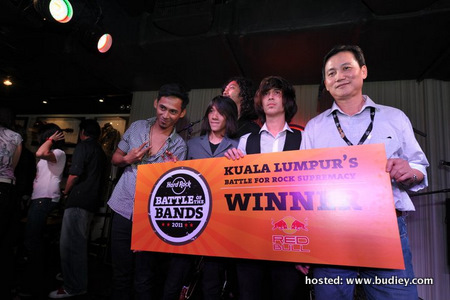 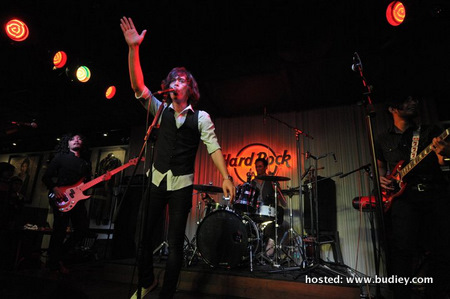