[dropcap]T[/dropcap]he Olympic Day Run is expected to attract 15,000 participants this year, so Malaysians are encouraged to run as fast as they can to register for Kuala Lumpur’s annual iconic family sporting event. 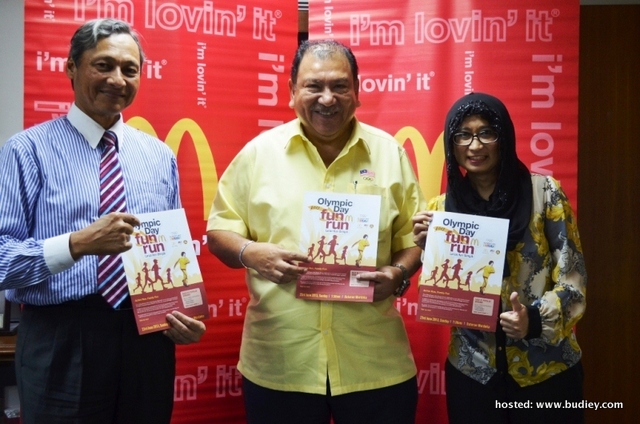 An annual collaboration between McDonald’s and the Olympic Council of Malaysia, the 10th Olympic Day Run will take place at 7.00 a.m. at Dataran Merdeka on Sunday, 23 June 2013.

• 15,000 participants expected to take part this year
• 13 categories with cash prizes worth RM17,975 to be won
• 10 km distance introduced to offer a more challenging experience
• 10th time that McDonald’s and OCM are collaborating on this event
• More fun activities for the family as the event continues to grow

The deadline for participation will be on 9 June 2013 or when the level of 15,000 participants is reached, whichever is earlier.

Entry forms are available at McDonald’s restaurants in the Klang Valley and the Federal Territory Amateur Athletic Association’s (FTAAA) headquarters, as well as at www.mcdonalds.com.my and www.olympic.org.my where more information about the event is also available.

There’s also a special surprise this year for participants who come and collect their t-shirts and numbers at Wisma OCM on the first collection day which is Thursday , 20 June.

“The annual Olympic Day Run is an event that reminds us of the athletic ideal behind the Olympic Games, which is a healthy mind in a healthy body. As Malaysians, we owe it to ourselves to build a mentally and physically healthy nation, so events such as this are a great way to achieve that and it’s wonderful to see the participation grow each year.”

McDonald’s, which was the Official Restaurant of the London 2012 Olympic Games, works with National Olympic Councils around the world for this annual global event. In Malaysia, the company has been working with OCM since 2004 to encourage Malaysians to pursue an active, healthy lifestyle.

“We are delighted to reach a milestone with the 10th Olympic Day Run through this strategic partnership with OCM. At McDonald’s, we have always believed in promoting balanced, active lifestyles – and have introduced even more family activities this year. We are definitely looking forward to bringing Malaysians together to celebrate the Olympic spirit in a fun and memorable way!”

The distances for the Olympic Day Run this year will range from 3 km to 10 km, depending on the category; with the new 10 km distance being introduced to offer a greater challenge for participants in the Men’s Open, Women’s Open and Men’s Junior Veteran categories.

A minimal participation fee of RM15 is charged for individual runners, while students with school stamps on their registration forms will only pay RM7 each. The fee for the Group and Family categories is RM50 per team.

• Participants taking off during the 2012 Olympic Day Run in Kuala Lumpur. 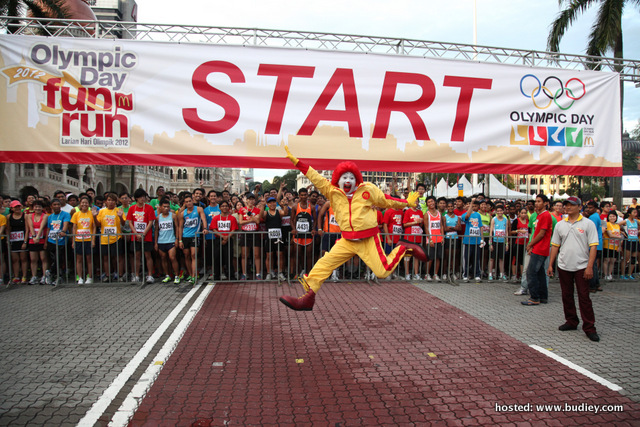 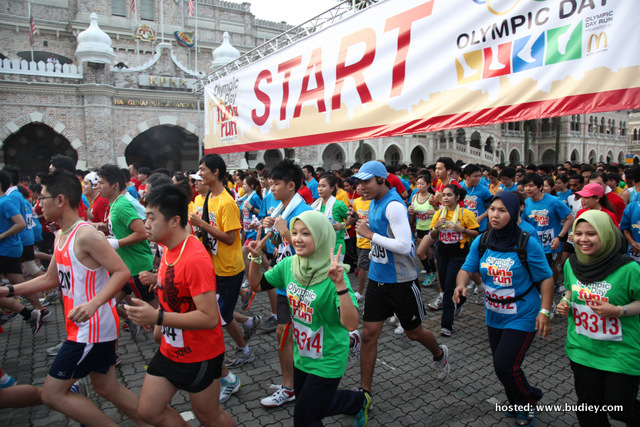 About the Olympic Day Run
The Olympic Day Run began in 1987 to commemorate the foundation of the IOC on June 23, 1894 by Baron Pierre de Coubertin. The event continues to grow in popularity internationally, from 45 participating National Olympic Committees in its first year to more than 100 at present. More than ten million people, including those with disabilities, have participated in the Olympic Day Run around the world.

About McDonald’s and the Olympic Games
McDonald’s commitment to the Olympic Movement began in 1968, when the company airlifted hamburgers to U.S. athletes in Grenoble, France, after they reported being homesick for American food. McDonald’s has served its menu of choice and variety to millions of athletes, their coaches, families and fans.