After the recent announcement by our Prime Minister, Tan Sri Muhyiddin Yassin, it has been confirmed that the Movement Control Order (MCO) will be further extended until 28 April 2020. It has been said that although numbers are of satisfactory level, the MCO would have to be further stretched out for another 2 weeks in effort to fully curb the spread of the COVID-19.

In accordance with the announcement as well as the Malaysian Association of Film Exhibitors’ (MAFE) statement which was released earlier in the week on 6 April 2020, TGV Cinemas will extend the cinema closure period until 30 April 2020.

The safety and health of our customers as well as employees are important to TGV Cinemas and although TGV wishes to open their doors soonest possible for people to break free and enjoy movies on the big screen again, it feels that doing so now will be a premature move. This is also in cognizance with the efforts of other film exhibitors across the ASEAN region, namely, Thailand, Indonesia, Cambodia, Philippines, Vietnam, Myanmar, and Singapore, which have also closed their cinemas to prevent gatherings in the interest of the public’s and customers’ safety.

Dear TGV moviegoers, Don’t worry! We'll be back very soon. For now, TGV Cinemas will be temporarily closed in the best interest of your health and well-being. Here's a special message from our CEO to help uplift your spirits: https://bit.ly/TGV-NoteFromCEO ❤️ #TGVCares #TheFightIsStillOn 💪 #StayHome #DudukRumah #StaySafe #StayHealthy

TGV Cinemas has always placed the well-being of the customers as our priority and in concern with the recent pandemic, even when TGV reopens back again on 1 May 2020, patrons can be ensured that extra preventive measures will be carried out at all cinema locations.

Some of the heightened steps which will be practised include: 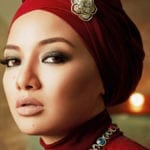 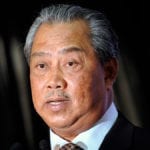