After a month-long intense training session, celebrities Syafiq Kyle and Ain Edruce were today given the green light to compete in Season 3 of the Toyota Gazoo Racing Festival, Malaysia’s premier street racing series.

The two young personalities will make their debut in the Promotional class of the Toyota Vios Challenge in Round 1 of the Toyota Gazoo Racing Festival from 6-7 September 2019 in Kuala Terengganu.

A total of 10 local celebrities will line-up for the Promotional category with actress Diana Danielle returning as the defending champion and for her third consecutive season of racing. Others competing include actors Shukri Yahaya and Janna Nick, beat-boxer Shawn Lee, presenter Nabil Ahmad as well as singers Khai Bahar, Nabila Razali, and Wany Hasrita.

“It has been anincredible experience and I learnt a lot in the training session from understanding the proper racing lines, identifying my braking points, being in the proper gear in corners, how to defend my racing line to how to remain calm and mentally focused driving under pressure,”

“I never realized that there is so much science to motor racing. Racing is much more than just the ability to drive fast but it requires in depth understanding of momentum, acceleration, deceleration, balance and handling of a vehicle. Being consistent and precise is the key to setting a quick pace around the track,”

The actress, model and presenter said she has also acclimatized well to the new Vios, describing the race car as being very perceptive in terms of handling and stable at high speeds.

Competitors in all three classes of racing will drive identical Toyota Vios race cars in a one-make format that emphasizes on driving skills and experience instead of any modifications to the vehicle.

Meanwhile, 27-year-old actor Syafiq Kyle hardly feels intimidated with the competition but will approach his first race on a street circuit cautiously.

“I am well prepared for the challenge ahead but I believe the most challenging aspect of the race will be competing on a street circuit.

This is something I will need to approach cautiously considering all of my training was conducted on a proper racing circuit where it is more forgiving to make mistakes.

On a street circuit, there is no room for mistake – one hit against the concrete barrier and you’re out of the race.

“The strategy for the season will be to drive consistently but competitively, avoid concrete barriers, and try to finish every race,”

For motorsports fans and spectators in Kuala Terengganu, the excitement of the TGR Festival is not confined to the action and drama on the track, but includes the display and test drive of Toyota’s fleet of new vehicles, a drift performance by Japanese drifters courtesy of Toyo Tires, a racing simulator challenge, stage games and celebrity performances, promotional activities, lucky draws, the sale of merchandises, and superfans signing session for a chance to mingle with the celebrities racing in the Promotional class.

The TGR Festival and Toyota Vios Challenge kicks off from 9am on Friday 6 September 2019 to Saturday 7 September 2019, and entrance is free! 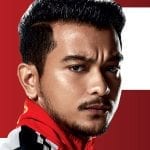 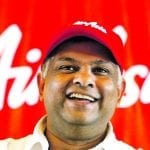