Samsung Electronics, a global leader in digital media and digital convergence technologies yesterday blew the final whistle on their one month long campaign which was centred on the Chelsea Tour of Asia 2011.

Aside to the Match Day yesterday, which saw Chelsea scoring 1-0, Samsung also conducted a CSR activity with Rumah Sayangan on the Chelsea Blue Pitch as well as a consumer contest and a football coaching clinic for members of the media. In addition, Samsung invited a few exclusive media friends to attend and witness the team’s training session in Bukit Jalil with an exclusive autograph meet-and-greet session with Chelsea’s players.

Samsung Malaysia Electronics’ Managing Director, Mr. Kwon Jae Hoon said “We wanted to host a series of activities that would touch as many people as possible, that’s why we hosted these events for our loyal supporters.” 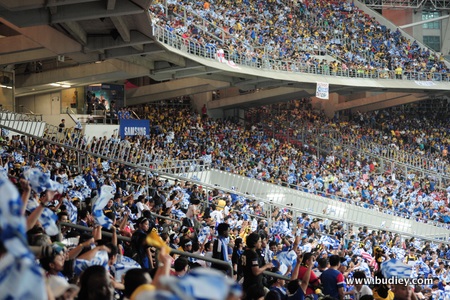 “We invited the children of Rumah Sayangan to be trained by the coaches from Chelsea. As an extra, the kids also received a surprise visit by Chelsea’s legend, Graham Le Saux (former Chelsea and England left back). During the two hour action-packed session, the kids enjoyed dribbling skills, shooting practice, mini matches, challenges and a penalty shoot-out, training to the same high standards that have helped propel Lampard, Terry, Torres and The Drog to superstar status.

“The coaching clinic saw us host a training session where the Chelsea FC coaches spent two hours training an exclusive group of media. The invitations for the coaching session were snapped up and RSVPs were received within 15 minutes. A similar response was seen when all 150 tickets for our media friends to join us and watch the match were snapped up the day after the invitations went out,” he said.

Present to watch the exclusive Chelsea FC training session on Thursday evening at Bukit Jalil National Stadium from the VIP seats were 20 Malaysian media. The ‘big surprise’ for the media was that Samsung had arranged for them all to meet the players in an intimate autograph session in the players’ tunnel in between the players’ dressing room and the pitch itself. There were no other fans allowed in the tunnel area and the 20 media guests enjoyed an unrushed and unfrenzied opportunity to get their icon’s autograph. On hand to sign the autographs were John Terry, Frank Lampard, Didier Drogba, Fernando Torres, Ashley Cole, Petr Cech, John Mikel Obi, Jose Bosingwa and Salomon Kalou.

“We have also seen an overwhelming response from the public. For the consumer contest, where we offered the Grand Prize to watch the EPL in England, up to 2,000 consumers participated,” said Mr Kwon.

Entering the consumer contest was easy, all consumers had to do was purchase any Samsung products worth RM300 and above and send an SMS to the contest hotline number. From there, a total of 600 winners were chosen. From this pool of entrants, two winners picked up the Grand Prize of a trip to watch the English Premier League in England, while everyone else won Chelsea jerseys or match tickets to watch Chelsea vs. Harimau Malaya.

One of the two Grand Prize winner, 23 year-old Muhammad Ashraf bin Noorazwan said, “I couldn’t believe it when I received the call telling me that I am a Grand Prize winner! I have never won anything in my entire life before, especially nothing as grand as this!”

“It just so happened that I was looking to buy a new mobile phone. Initially, I wanted to purchase the new Samsung GALAXY S II. In the end, I purchased the GALAXY Ace because of the promotion that was running at the same time as I am a huge Chelsea fan. This to me is like a double deal package bonus!” he continued.

The final activity under the campaign featured 150 media invitations as Samsung guests to watch the game between Chelsea FC and Harimau Malaya. The atmosphere was electric, the venue was perfect and the match fully lived up to its billing. The 80,000 plus fans in attendance were treated to s superb free flowing and end-to-end match, which eventually saw Chelsea emerge victorious.

“While Chelsea won the match itself, I believe that the real winners were the kids from Rumah Sayangan, our contest’s Grand Prize winners, the media who attended the coaching session, the media who got the players autographs and of course our 150 guests to watch the match. We at Samsung strive to enhance lives and enrich lifestyles. This campaign, through its five elements has certainly achieved that. We will continue to provide Malaysia with unique opportunities, innovative products and cutting-edge connectivity to deliver a ‘Smarter Life’,” said Mr. Kwon. 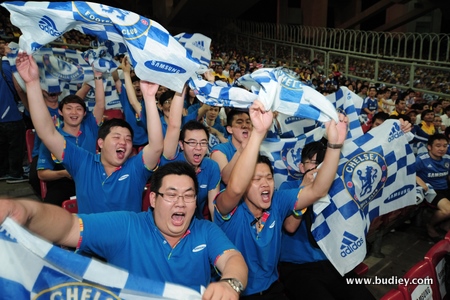 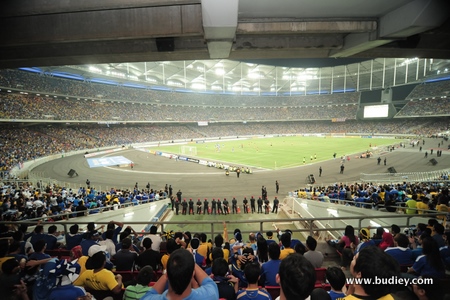 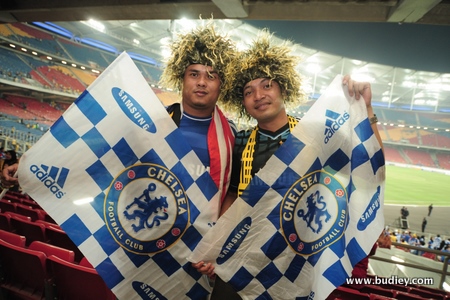 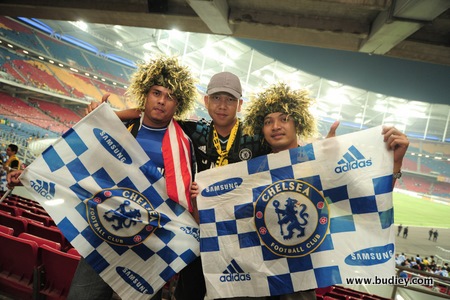