In the back of the PREMA YIN: REDEFINED Launch held during the fourth quarter of 2013 and her recent musical journey through the streets of Germany, Malaysia’s Pocket Dynamite and pop funk sensation, Prema Yin is set to release her latest single RING MY BELL on August 28, 2014. The milestone marks an artistic revolution for the artiste.

In an effort to keep up with her innovative side, home-grown recording artiste and well- travelled musician, Prema Yin is slated to launch her latest single Ring My Bell and a self-made lyric video in conjunction with the new release on Thursday, August 28, 2014. As a start, both these audio and visual productions are scheduled to roll out across YouTube and the star’s official website on the appointed date.

Having debuted on Hitz.fm’s Malaysian English Top 10 (MET10) earlier this month, this latest single is currently in eighth place on the said channel’s charts. The track is also presently on air via MIX FM’s radio network. With Ring My Bell quickly gaining traction across these frequencies, a series of promotional teasers has hit the digital sphere along with print advertising and extensive on-the-ground support in preparation of the aforementioned music video’s upcoming premiere tomorrow.

Commenting on her latest project and self-nurtured initiatives in relation to this most recent artistic exploit, the newly reinvented cultural troubadour or Malaysia’s ‘Pocket Dynamite’ as she is commonly referred to, shares how the lyric video which took her a month to construct from scratch was nothing short of a labour of love. Stemming from the desire to flex her creative muscle and push these then untapped inventive abilities to the limit, she decided to put her curiosity for the art form to the test and experiment with the intricacies of ‘stop-motion’ animation.

“It is something I have always been passionate about, thanks to my art director brother, Sunder Raj’s influence over the past decade. While I never actually imagined I would someday immerse myself in this beautiful world, it makes me proud knowing that I went ahead and gave it a shot,” Yin shares. The end result is the video which will enjoy its public feature in approximately 24 hours from the issuance of this official media release. The sum total of the energies invested on her part is captured in every frame whilst embedded into each still.

Prema Yin has been producing her YouTube videos for a while now. In fact, she recently started her own in-house creative arm focused on video creations called RYP:E Productions. She’s found that further developing her skills in this area has been something she’s thoroughly enjoyed. The latest trailers churned out to market her music are self-researched projects the singer- songwriter has worked on independently. These milestones are proudly attributable to the move of redefining herself both on a personal and professional level.

“I wanted to become more involved in the creative processes directly connected to the work I do. As such, I am happy to be exercising my creative liberties more freely now. I’ve been a musician for more than half my life. Now, my goal is to add to my repertoire of skills and talents. It’s a new start, a new single, a new video, and essentially a new me—hopefully a more refined and mature version of the Prema Yin people remember from all those years ago.”

Above and beyond these fresh roll-outs, Prema Yin will continue the focus on promoting her music and building her brand across a myriad of channels, of which social media is a huge component. Part of the strategy involves interactive media to connect with her audiences and listeners; this includes VLOGs documenting her musical journeys and upcoming activities the artiste will engage in. 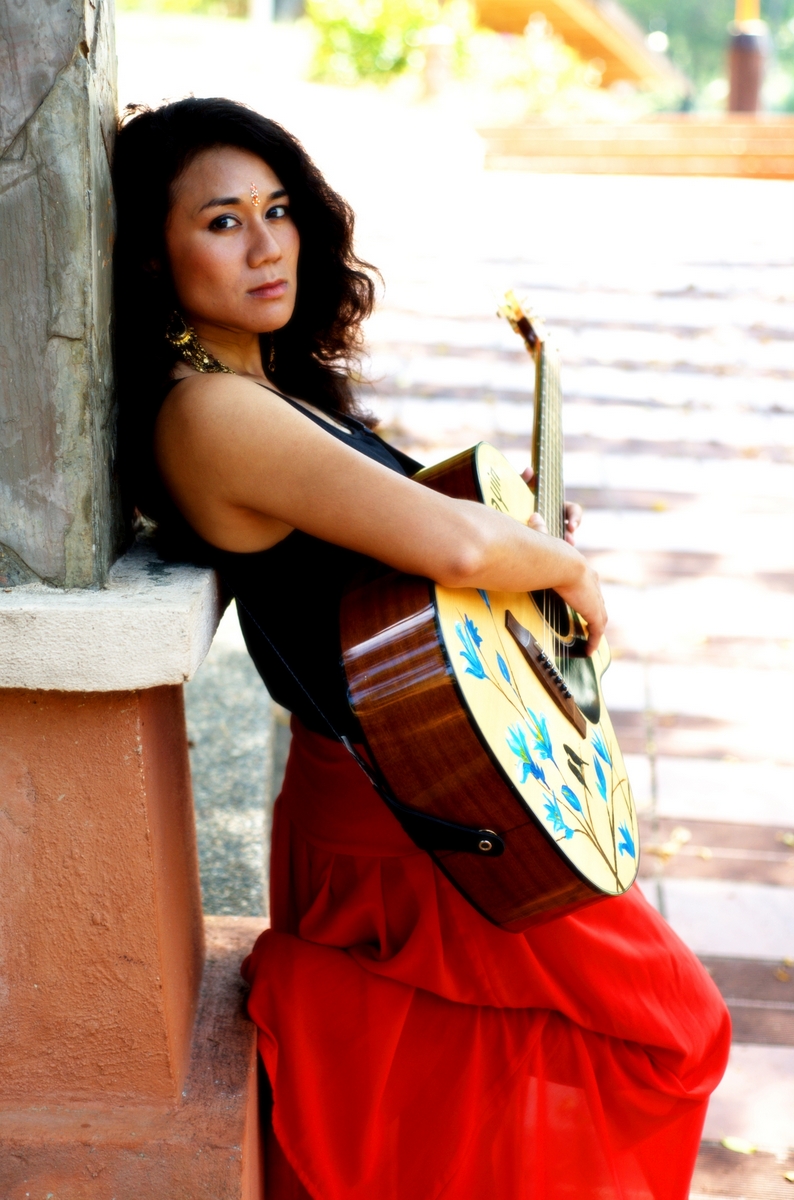 Words: Deborah Joy Peter ~ Photo: Luka Milardovic
Peeling back the layers of an already glamourous musical career, Malaysian icon Prema Yin unveils what’s next in her crossing over from
rockstar to cultural troubadour.

The Evolution
Stemming from an earnest conviction to be true to herself, Malaysia’s own ‘Pocket Dynamite’, as the rocker chick is widely known, Prema Yin today reveals her intentions to answer to the beckoning of her soulful side. The singer-songwriter’s latest artistic revelations have been intricately designed to uncork the abundance of her cultural origins; a transcending heritage fusing together her Chinese and Indian roots to showcase the core of her individuality as a performing artiste, musician and composer.

In the essence of reinventing her identity as an accomplished singer and performer, Prema Yin has resurfaced as a troubadour of tradition, on the back of her multitude of eclectic musical collaborations, extensive pub presence and multiple prestigious award wins and nominations across the past decade. Bringing even more to her artistic arrangements moving forward, supporters of her music will be treated to a fusion of local flavours and the incorporation of indigenous languages in future sets.

“Music is an art form and means of expression. I express my emotions, situations and concepts through my music and the words that I pen. I go with what’s honest and true to me to make my creations relatable and real. It’s important that my listeners get it and it’s my way of connecting with my audience,” the songstress says laughingly.
           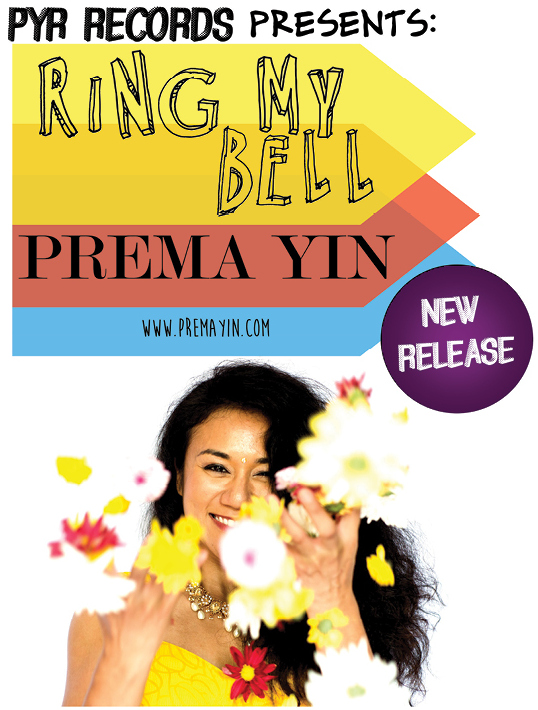 Her intimate recollections of an entire musical career built on raw talent begin with the poignant memories of a sparkling five-year old who captured her first audience through nothing more than song at a family recreational club some 22 years ago. Belting out a melody of serious notes illuminated by a powerful vocal performance then, the room became her stage and that self-made stage her stepping stone to eventual stardom.

“I didn’t know at the time I would one day become a songwriter as well but I was very fortunate to have realised my innate flair and love for music from an early age. Singing has always been a part of me and in most respects, defines who I am and what I stand for,” Prema Yin shares, looking back on a past which helped set her wheels in motion.
However, destiny or not, the sum total of the path travelled could have sparked a venture in an entirely different direction altogether. Amply endowed with beauty and brains, the now vocalist-cum-lyricist was once an aspiring accountant who graduated with a degree in the field back in 2005. While the vocation was part of her plan for a practical future, it was the wise counsel of an older brother and a string of other circumstances that helped seal her fate.

He had said, “You either do it and go all the way or you don’t do it at all”. With the unwavering support from loved ones, the serenading lass has pressed on and not looked back since. The plunge of faith pursued has left neither the superstar nor her fans disappointed.

Hardly your ‘average Jane’, Prema Yin embarked on a timeless journey at only 18 when she took an earnest dream and sowed the ultimate seed of passion. Sprinkling it with fervour and honesty, she went on to spin music into magic. The year was 2004 when she caught her big break storming up a winning frenzy at ntv7’s ‘Who Will Win Malaysian Topstar’ singing competition, bagging the grand prize and ascending as champion.

While having since carved a niche for herself as a rock-n-roll sensation, the passage to this point has not always been easy, she admits. It was painstaking effort, discipline and perseverance; in short, her unbreakable zest which fuelled her rise to success. A rocking renegade with a heart of gold, the songstress has made a distinct mark in an industry shaped for luminaries set on a mission to revolutionise the world through song.

A telling showcase of instrumental eclecticism comprising the guitar; Indian classical instrument, veena; piano and more, Prema is just getting started. The most important element in this bold endeavour is the weaving together of different ideas to create a whole new genre unique to her style and sense of originality. “I want to sing my story.” With this new direction and plenty to shout about, Prema Yin will do just that. 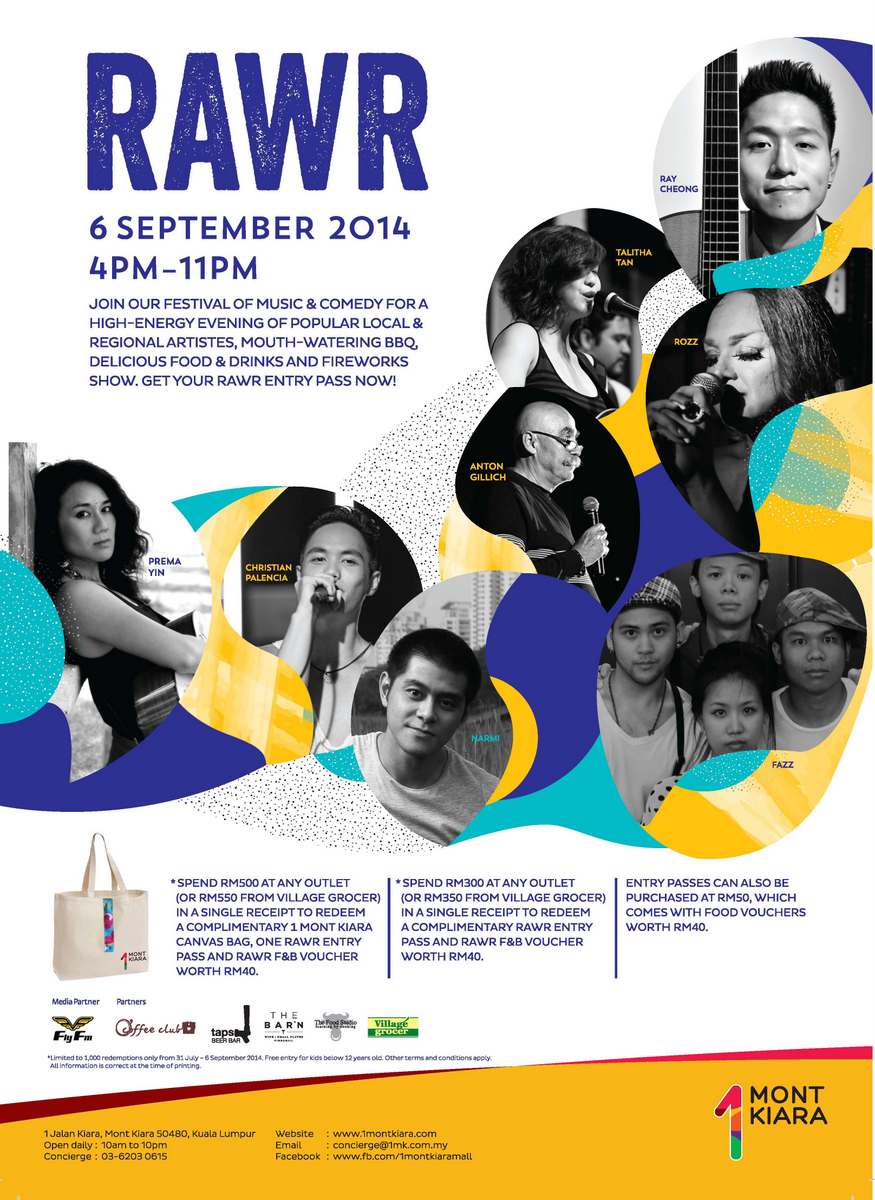