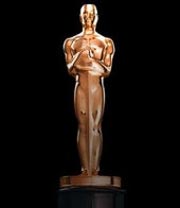 Following of the seven weeks strikes by the Writers Guild of America (WGA), Academy Awards party maybe cancelled, but the producer of the award promised that the show would go on as scheduled.

But, Tom O’Neil, columnist for the popular entertainment website said the award shows are the best chance for the writers to prove how valuable they are. Without the script, the awards finally find out how vapid and empty these event really are.

WGA on monday, vowed to not allowed any member of the associantion to involved in Academy Awards show or Golden Globes, that be held in January.