MAXIS AND HOTLINK CUSTOMERS WITNESS ADAM LAMBERT’S RISING STAR LIVE IN SINGAPORE
Adam’s music fans downloaded their idol’s tunes to their mobiles, then SMSed their way to an all-expenses-paid trip to see his first show in Southeast Asia

Ten Maxis and Hotlink customers and their partners enjoyed premium seating at American Idol 8th season runner-up Adam Lambert’s showcase in Singapore, even getting up close to the singer, songwriter, and actor after the performance. The customers had submitted winning slogans in an SMS contest from 1 till 5 March, for which they had qualified by downloading Adam Lambert caller ringtones. 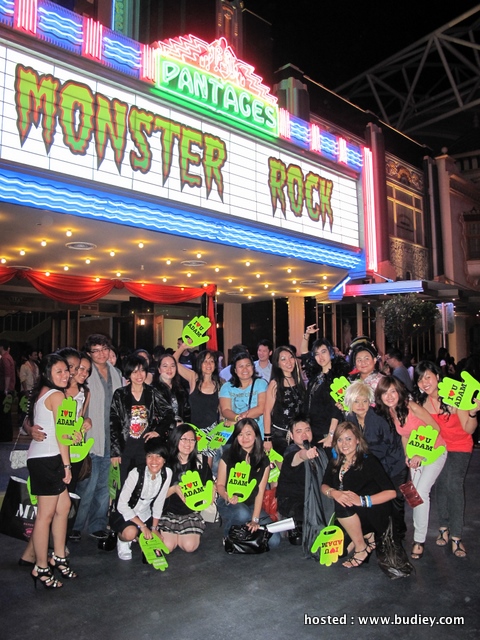 Said Maxis’ Chief Operating Officer Jean-Pascal van Overbeke, “Hotlink is constantly looking for ways to create a valuable experience for its customers. The longer you are with us, the more opportunity we have to give you a rewarding journey. We hope to keep offering you, entertaining integrated services and mobile content, everyday privileges – and as in this case, the chance to enjoy a true occasion.”

The winners of the ‘Adam Lambert Live in Singapore’ contest left for Singapore on 12 March 2010 with their chosen partners, on an expense-paid two-day road trip to catch the eyeliner-heavy but fast-rising star’s first performing trip to the Asian region. In another first, the showcase took pride of opening place at Hollywood Pantages in Singapore’s new Universal Studios, part of its Resorts World Sentosa theme park. The contest also rewarded twenty other Maxis and Hotlink customers, with autographed CDs of Adam’s debut album For Your Entertainment.

Said Hotlink customer Jamie Chang, “I kept trying for the SMS contest as I wanted to bring my friend, who’s also a huge Adam fan, along as my partner. We were both dressed like Adam and his guitarist Monte Pittman from the Fantasy Spring concert – and Adam even praised us, calling it ‘perfect’! It was one of the best compliments I could ever receive – especially coming direct from Adam! It was also a dream come true for me to meet him in person – he looked as if he’d just stepped out of one of his studio photographs!”

Said Andrea Tan, another happy Hotlink customer, “I wanted to see Adam so desperately and would have travelled to Singapore no matter what the outcome of the contest – I never thought I would really win any tickets! The feeling is indescribable.”

Winner Gong Weevern was just as gratefully surprised to be selected. “I expected there to be many, many entries all competing for the privilege, because it marked the first time Adam Lambert would be coming to Asia to perform. It is a huge deal for his fans and an honour to be chosen to meet him. I was so happy to be able to listen to him sing live and not just from a recording – he gives an intensity to the songs that aren’t present on the CD.”

Added Azshidah Binti Arshad, “After watching Adam tour or perform in showcase on the internet, I was jealous of those who had seen him live, but finally all my patience paid off. Thanks Maxis for that opportunity!” 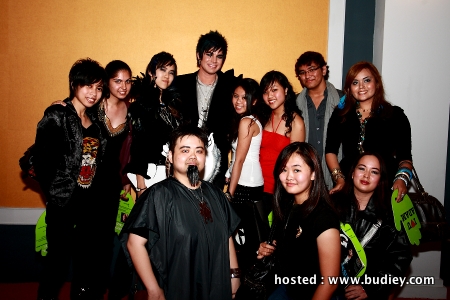 The beaming Hotlink winners with their idol, at an exclusive Adam Lambert meet-and-greet session

Hotlink will continue to bring more music, games and entertainment to customers on the go, and to enrich them with rare rewards comprising the best live performances. Recent experiences for Hotlink contest winners include prize trips to witness in live concert, class-A artistes such as Green Day in December 2009, and Lady Gaga in Singapore on June 2009 – which also offered a chance to meet and greet the daring diva.