The nation’s first online reality series jointly presented by HP & Intel today concluded its second successful season on a high note with a Grand Finale at The Curve, Mutiara Damansara.

Out of 12 aspiring models, Juanita Anushya Francis won the highest number of votes to emerge as the grand prize winner. The 22-year old accounting student received a Chevrolet Aveo, RM10,000 in cash; an HP Pavilion notebook worth RM4,999 and RM6,500 worth of beauty products. She will also be featured in July’s issue of InTrend magazine and be awarded with an exclusive portfolio by Andrews Models. 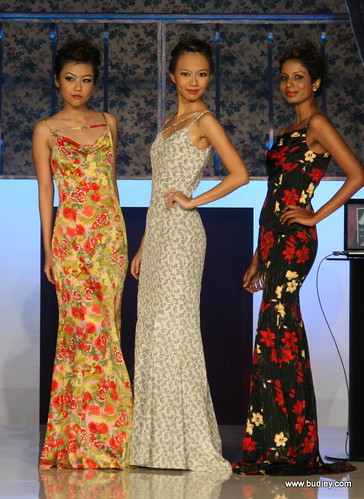 The groundbreaking online reality model search series is aired exclusively on www.malaysiandreamgirl.tv and chronicles the lives and aspirations of 12 aspiring models as they live together and compete to be the next Malaysian Dreamgirl.

Twelve finalists were chosen from earlier auditions held nationwide in Kuala Lumpur, Penang, Ipoh and Johor Bahru from 13th December 2008 to 10th January 2009. They were put through a series of photo shoots, fashion and grooming workshops and other competitive tasks, all the while exposed to the hardworking yet glamorous life of a model. The finalists were then eliminated every week based on SMS voting.

An esteemed panel of judges, which included model/actress Elaine Daly, fashion stylist Lim Jimmy, founder of Andrews Models Andrew Tan and CEO of Beautilicious cosmetics Julie Wong, was on hand to guide the girls and bring out the best modeling potential in them throughout the 2- month competition.

“I couldn’t have been more excited to crown the winner of yet another successful season of Malaysian Dreamgirl, all the more so after the girls had gone through two arduous months of training and competition. Having said that, all the finalists are already winners in their own ways and we believe Malaysia would see more of them in time to come,” said Elaine Daly.

The Grand Finale showcased a fashion show by all the finalists, as well as other entertainment and performances. Malaysian Dreamgirl 2 was screened exclusively at www.malaysiandreamgirl.tv. New episodes were released every Thursday and Saturday with 24 episodes all together. Malaysian Dreamgirl Season 2 is proudly presented by HP and Intel.

“Malaysian Dreamgirl 2 couldn’t have been a more appropriate channel for HP to not only communicate our philosophy of ‘The Computer is Personal Again’ to such an extensive audience, but to also engage on a lifestyle platform with our consumers.

I would also like to congratulate this year’s Malaysian Dreamgirl whom we believe has what it takes to reach for success,” said Danny Lee, Country General Manager, Personal Systems Group, HP Malaysia.

“Our heartiest congratulations to the winner of Malaysian Dreamgirl 2 whom we believe will excel in her modeling endeavors. We also hope she will experience mobility and performance on the go with her newly won HP notebook powered by Intel® Centrino® 2 Processor Technology. Intel is proud to be part of this online reality show which pushes boundaries of entertainment beyond traditional media,” said Norhizam Kadir, Marketing Manager, Intel Malaysia. 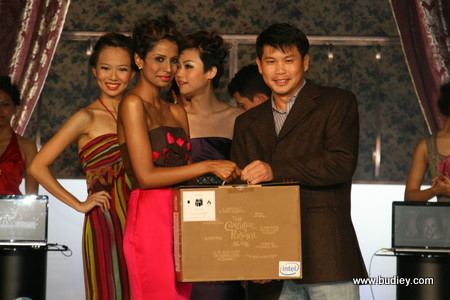