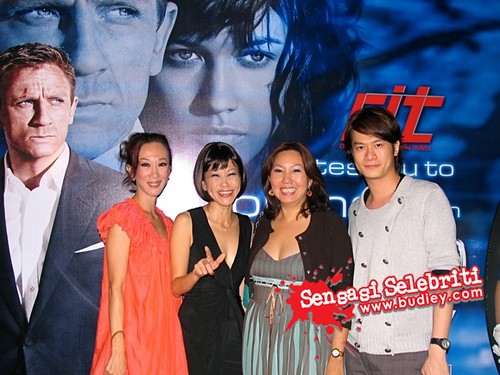 Over 500 guests, including top management of blue chip companies, media powerhouses, socialites, fashionistas and celebrities converged at GSC Signature, The Gardens on 31 October.  The event started with an advance screening of Quantum Of Solace, and guests were treated to a gritty high-octane action adventure featuring Daniel Craig reprising the role of James Bond.  In this new thriller, 007 fights the urge to make his latest mission personal in his pursuit to uncover the truth.

After the screening, the ‘dressed to kill’ guests made their way to the ‘Journey with Bond’ party, which was held at GSC Signature’s lounge whereby it was transformed into a party atmosphere with 007 cocktails and mouthwatering canapés served with a 5 piece jazz band greeting the guests.

The emcee welcomed the guests, and the night kicked start with the energetic Bond dancers heating up the scene with the classic Bond tune and a finale with gold and silver confetti popping everywhere.  Ms. Anna Ng, General Manager of Buena Vista Columbia TriStar Films Malaysia gave an opening address, and then invited Mr. Thaddeus Foo, Managing Director of CIT – Corporate Travel Information on stage to make his address.  Following that, they were joined by Mr. Jimmy Goh, Marketing Director of Bacardi-Martini Malaysia to pop the Bollinger champagne for a toast to the guests.

Next, the emcee escorted by the Bond girls joined the enthusiastic crowd on the floor for a series of ‘Q&A’s on Bond trivia.  The winners were delighted with their prizes which included the newly released Ultimate Bond DVD set.

This was followed by a Bond Girl inspired fashion showcase by U.K brand Warehouse featuring six models in numerous changes, all donning the edgy and stylish collection of  the latest season.

The sporting well heeled guests then took on the stage in the Bond games whereby the five ladies’ mission was to speak a line from the indomitable M, the Head of M16 and James Bond’s boss in an upper crust British accent.  The ladies did a fine job and they were presented with prizes by Ms Esther Woo, Brand Manager of Kenny Rogers Roasters.

The gentlemen had to act as the world’s #1 super suave super spy, and enact an action fight scene, a fast pace car chase, and end with the liner ~ “I’m Bond. James Bond”.  The five participants were rewarded with a big bag of prizes, presented by Shell’s Managing Director, Dato’ Mohzani Wahad.

Guests were also happily posing with the Bond girls as their photos were snapped using the latest Bond cyber shot phone and printed out instantly for them to take home as a souvenir. 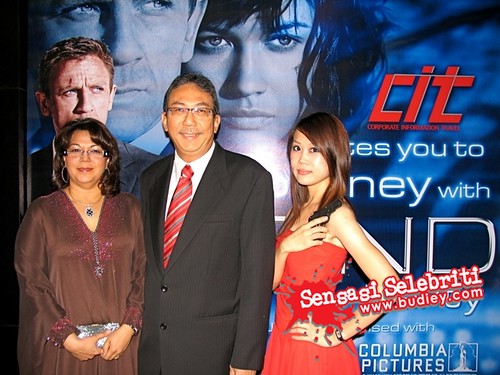 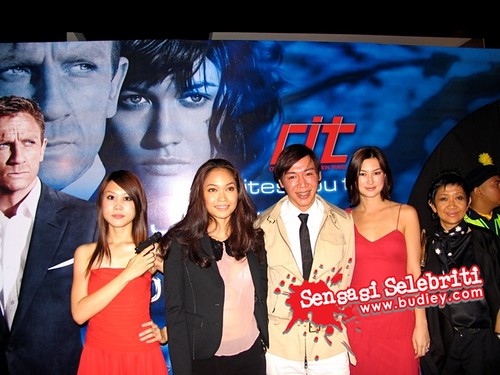