Based on the hit Danish format, “Married at First Sight” was an extreme social experiment following six brave souls who were yearning for a life-long partnership as they agree to a provocative proposal: getting legally married the moment they first meet. Four specialists – sexologist, Dr. Logan Levkoff; spiritualist, Greg Epstein; psychologist, Dr. Joseph Cilona; and sociologist, Dr. Pepper Schwartz – created what they believe were three perfect couples, based on scientific matchmaking.

The couples never met or knew each other until they walk down the aisle and see each other face to face, for the first time, when they get married. After several weeks together, each couple made a decision: do they remain together or decide to separate?

In this spin-off series of the breakout hit Married At First Sight, viewers will gain a glimpse into the first year of marriage of the couples who decided to stay together after the experiment. Married At First Sight: The First Year sees Jamie and Doug, and Cortney and Jason continue their journeys after six months of marriage, from holidays to birthdays to moving into new homes and many other “firsts” in between. The series also checks in with the couple who decided to break up. 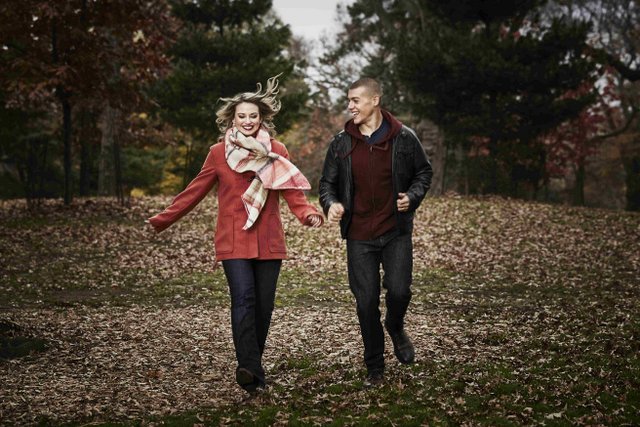 Cortney is a makeup artist who left her North Carolina roots for Manhattan to put herself through school and pursue her dream of becoming a makeup artist. A southern girl in New York City, this 26-year-old grew up in the Bible belt, yet certainly has a rebellious side. She is a performer in a burlesque troupe, “The Hot Box Girls.” Dancing aside, Cortney is extremely religious and comes from a family who puts a major emphasis on faith.

Jason is a 27-year-old EMT and firefighter trainee from Brooklyn. Citing himself as a “good ‘ol Brooklyn boy,” he was raised by his single mother, for whom he has been the caregiver as she battles with stage-four lung cancer. Jason has always been the man of the house. He feels he is in a good place with his career and is ready to find someone with whom he can share his life. 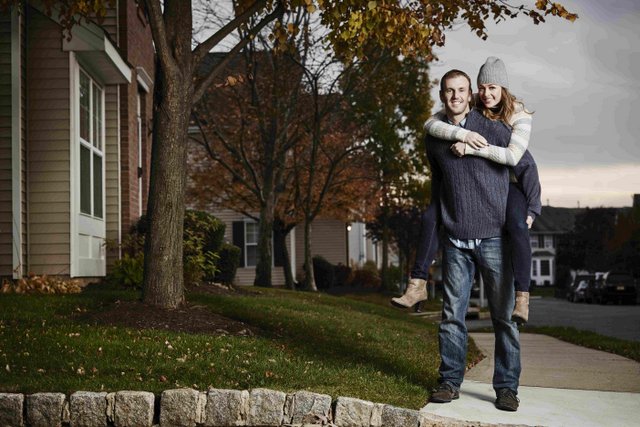 Jamie is a 27-year-old labor and delivery nurse as well as a part-time host who resides in Harlem, NY. Jamie had a troubled childhood, bouncing around various trailer parks due to numerous evictions. Her mother, a drug addict, and abusive stepfather abandoned her and her siblings, of whom she took custody at the age of 19. Jamie’s biggest life goal is to become a mom and be a role model for them. Jamie’s dating history has been spotty, with failed outcomes on ABC’s series “The Bachelor” and “Bachelor Pad,” as well as a few unhealthy relationships consisting of jealousy and psychological abuse.

Doug is a 31-year-old currently residing in Howell, NJ with his parents. The last of his friends to be married (or engaged), he considers himself a carefree guy and attributes his positive, genuine and optimistic outlook on life to his family and close friends. Doug has worn many professional hats, including a baseball player invited to try out for several major league teams, as well as an ordained minister, though his current job is a commercial sales rep and lifeguard (on weekends, in season).

Dr. Joseph Cilona is a licensed clinical psychologist, executive and personal coach, author, and internationally recognized psychology expert based in Manhattan. Dr. Cilona is one of Dr. Oz’s thought leaders in health on the Dr. Oz Blog, and his sought after expert advice and commentary on psychology, pop culture, current events, and the latest research appears regularly in national and international print and online publications.

Greg Epstein serves as the Humanist Chaplain at Harvard University, and is author of the New York Times Bestselling book, “Good Without God: What a Billion Nonreligious People Do Believe.” He has been a chaplain at Harvard for the past ten years and recently served as Vice President of the 36-member corps Harvard Chaplains. In 2005, Greg received ordination as a Humanist Rabbi from the International Institute for Secular Humanistic Judaism, where he studied in Jerusalem and Michigan for five years. He holds a BA (Religion and Chinese) and an MA (Judaic Studies) from the University of Michigan, Ann Arbor, and a Masters of Theological Studies from the Harvard Divinity School.

Dr. Logan Levkoff is an internationally recognized expert on sexuality and relationships. She encourages honest conversation about sexuality and the role it plays in our culture. Dr. Levkoff makes it clear that sex and sexuality are not “dirty” words; she works to create an environment where people feel comfortable asking (and getting answers to) their most personal questions. Dr. Levkoff empowers children, adolescents, and adults to embrace their sexuality and challenge the impractical, and often unhealthy, messages that they are exposed to.

Lifetime™ is an entertainment destination offering the highest quality dramas, movies and reality. A television network infused with passion and empowerment, it is the leading channel for women in the US.