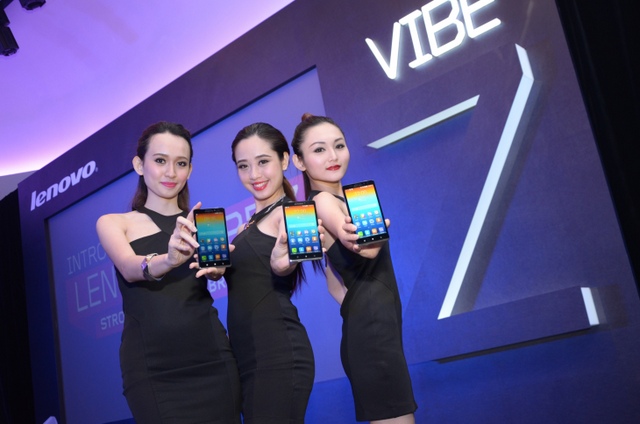 [dropcap]L[/dropcap]enovo today introduced its first LTE smartphone in Malaysia, the Lenovo Vibe Z, a gorgeous razor-thin, blazing-fast device equipped with gesture controls, photo enhancement software and other premium technologies. Partnering with Celcom Axiata Berhad, the first and foremost mobile telecommunications provider in Malaysia, the Vibe Z will be available exclusively first with the provider over a period of one month before it officially hits Lenovo Smartphone Retail Partners the following month.

“We created the new Vibe Z with its elegant design, high performance and custom software so that people can truly have the best smartphone experience now at the speed of LTE. The introduction of the Vibe Z further highlights how the Vibe series has begun to show a real impact in the premium segment of the smartphone market.” said Khoo Hung Chuan Country General Manager, Lenovo Malaysia.

“Celcom is committed to being at the forefront of LTE advancement, continuing to focus on rapid LTE network rollout and enhancing our network quality and capacity nationwide to deliver the best customer experience possible. We are pleased to collaborate with Lenovo, a well-known and trusted brand in the competitive world of smartphones. Through their partnership, we will offer our customers the privilege to be among the first to get hold of the latest smartphone in town and exclusive packages that will give them an enjoyable and seamless smartphone experience with lightning-fast speeds of Celcom 4G LTE,” said Zalman Aefendy Zainal Abidin, Chief Marketing Office of Celcom Axiata Berhad.

The Lenovo Vibe Z will be available nationwide exclusively from Celcom from 15th March 2014. Customers who purchase the device with exclusive plans that take advantage of Celcom’s lightning-fast 4G LTE network will receive a RM50 shopping voucher as a limited time offer. Meanwhile, Celcom will also be offering the Lenovo Vibe Z from as low as RM688 to the first 30 customers at its exclusive customer launch at Blue [email protected] Iconic on 15th March 2014, who also stand to win exciting freebies. For more information on Celcom’s plans and launch promotions, visit www.celcom.com.my 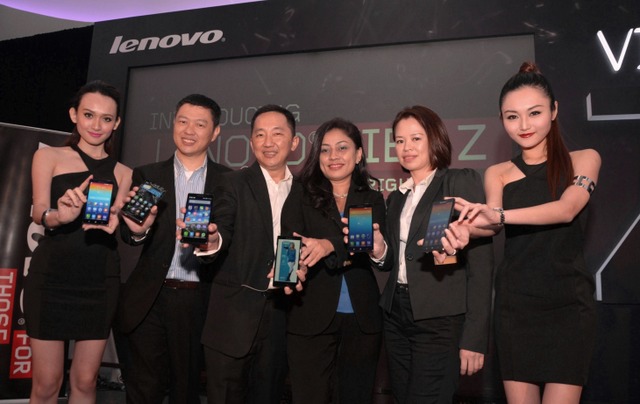 [dropcap]A[/dropcap]s Lenovo’s first smartphone featuring LTE capabilities, the Vibe Z offers true mobile freedom with super-fast data upload at up to 50 Mbit/s and downloading at up to 150 Mbit/s1 to satisfy the most data hungry of individuals. The Vibe Z operates on GSM/UMTS networks up to 2100 and also comes with 802.11ac WiFi and Bluetooth 4.0.

While beautiful on the outside, the Vibe Z packs in superior performance technologies inside starting with its Qualcomm Snapdragon™ 800 Quad-core 2.2GHz processor to deliver extreme performance for watching movies, capturing and editing photos, multitasking among apps, playing games and video chatting. Loaded with 2 GB of memory, up to 16 GB of internal storage and running Android 4.3, the Vibe Z offers plenty of space for thousands of favorite photos dozens of videos.

• Vibe Z will be available exclusively with Celcom First with mPro plan or mPro Plus, Celcom’s best voice and data plan with 5GB data at as low as RM988 on a 24-month contract. The bundled plan is offered to heavy data users to meet their demand for increasing mobile data.

• Vibe Z will be made available at all Lenovo Smartphone Retail Partners from 15th April 2014 onwards at RM 1,799.

About Celcom
Celcom is the country’s first and foremost mobile telecommunications provider with almost 14 million customers. Established in 1988, it boasts the widest national 2G, 3G and 4G LTE networks, covering over 98% of the population. Currently the largest mobile broadband and corporate services provider, Celcom is now moving towards integrated multi-access and multimedia services, in line with evolving technologies and consumer behaviour in Malaysia. A culture that places the customer first is reflected in our award-winning customer service, products, and other corporate accolades at a regional level. Celcom is part of the Axiata Group of Companies, one of the world’s largest telecommunications companies, with close to 230 million customers across 9 Asian markets. For more information on Celcom, log on to http://www.celcom.com.my.