ALVIN MY – LEARNING YOU

IF you are looking for Malaysia’s answer to R&B crooners like Babyface or Jamie Foxx, then probably Alvin MY (of Infinatez) is your man.

While not claiming to be in the same league of the abovementioned international stars, he hopes to pave the way for the R&B and soul scene in the local music industry. Alvin is releasing his solo single called Learning You – an English ballad he fully composed.

Alvin MY (real name: Alvin Mahathir Yunus) is from the vocal group Infinatez, also a songwriter and a producer. A Dusun native; born in Devon, England, raised in Kota Kinabalu and Ranau, Sabah.

This solo project is to showcase his ideology of music, song writing and performance. He admires the sounds and charisma shown by Justin Timberlake, Rain, Robin Thicke, Musiq Soulchild, Maxwell, Pharrell Williams the likes. His upcoming album (expected to be released end of 2009 under his own label) will have English, Malay and KadazanDusun songs. It’s a mixture of soul, R&B, hip hop, Sabah traditional sounds and classy sounds.

Following Learning You will be other singles – an upbeat hip hop song, an acoustic song and a Raya song as well – before the full album is released at the end of the year.

Alvin is not a newbie in the music scene. He started singing in a vocal group called Fourvoices in 2004 and started writing songs seriously in 2006 (one of which became the hit single Ada Masa). By the end of 2006, he joined Infinatez and competed in TV3’s Gangstarz in 2007, waltzing their way to the finale. 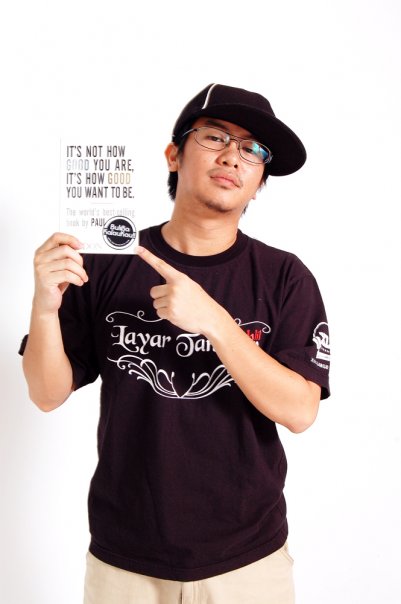 As a performer he had performed in various events such as corporate functions, weddings and events at clubs. He is equally comfortable with minus ones, live band or just with an acoustic guitar in hand.

Apart from his music activities, he is also the founder of clothing line and social community called BBKK (“BuliBaKalauKau!!” – a Sabahan phrase loosely translated to “of course you can”) and is registered under BBKK Minds Enterprise. Don’t be surprised to see people from all over the world proudly donning the BBKK t-shirt!

Learning You will be released in August 2009.