Fans of the reality show were eager to see contestants push themselves out of their comfort zones, as they carried songs that were musically out of their usual repertoire.

Selena’s latest single tugged at heartstrings as fans empathize with the emotions captured in the number released on October 22, which has garnered over 87 million views.

Football fans revisited the highlights of the match between Manchester United and Norwich, in which the Red Devils won 3-1.

Running Man fans can’t get enough of JongKook and KwangSoo’s attempts at holding in their laughter, as the challenge became increasingly amusing to watch as it progressed.

Note: This list shows the fastest rising searches, meaning these were the search terms that saw the largest spike in video searches this week. 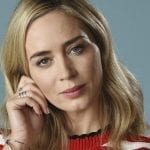