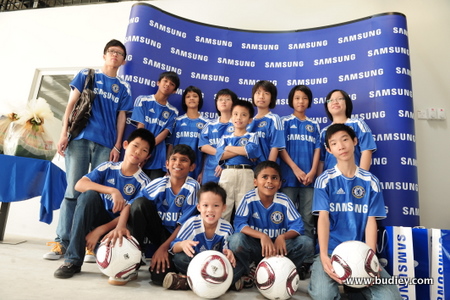 The children were trained by Chelsea coaches, Ian Woodroffe, Keith Harmes, Jamie Greenwood and Sam Hubert, who were in town for the club’s first leg of the Chelsea Asian Tour 2011. In an action packed two-hour coaching clinic, which featured dribbling skills, shooting practice, mini matches, challenges and a penalty shoot-out, each of the children enjoyed the same high standards of coaching that have helped propel Lampard, Terry, Torres and The Drog to superstar status within ‘The Beautiful Game’.

Reinforcing the commitment, Samsung Malaysia Electronics’ Managing Director, Mr. Kwon Jae Hoon, said “As the leading consumer electronics company, we will continue to expand our leadership and broaden our reach in Malaysia. Sports have always been Samsung’s passion point. It is an essential component of our community outreach, supporting our marketing programmes. Our footprint spreads across the country and touches millions of Malaysians in different ways, and sports are one of those ways.”

“With this long-term commitment, Samsung aims to instil commitment, determination, competitive spirit and desire to win among all young Malaysian youth. These same traits that have helped make Lampard and Terry into world class footballers are also the same traits that have helped make Dato’ Lee into the world champion he is today. Samsung believes that with the right environment, facilities and resources, Malaysia will see many more sporting champions in the future, maybe even in the English Premier League.”

The coaching clinic also had a surprise guest visit from former Chelsea and England left-back, Graham Le Saux. Graham kicked off the training session with the children of Rumah Sayangan and also took the opportunity to impart his personal knowledge and experience to the children.

On the global stage, in 2010, Samsung was a partner for the 2010 FIFA World Cup in South Africa. Domestically, the company’s commitment has been just as intense being the official Televisions Partner for the WTA Malaysian Open 2010, Official Display Sponsor for the 2010 Thomas and Uber Cup and joint title sponsor of the Senheng-Samsung Junior Badminton Championship 2010. Samsung will also be the official sponsor for the London Olympics 2012. 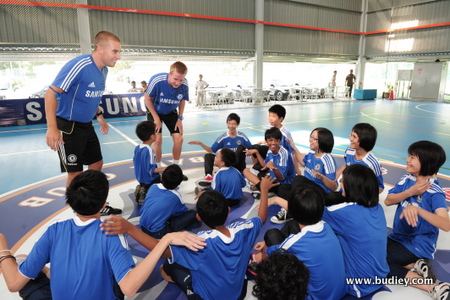 Children of Rumah Sayangan having a ball with Chelsea’s Jamie Greenwood and Sam Hubert. 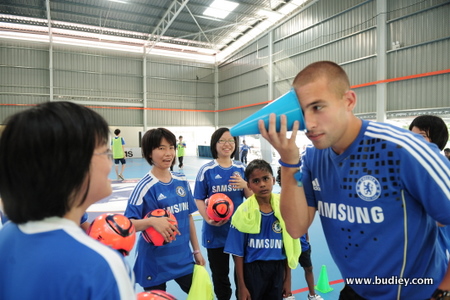 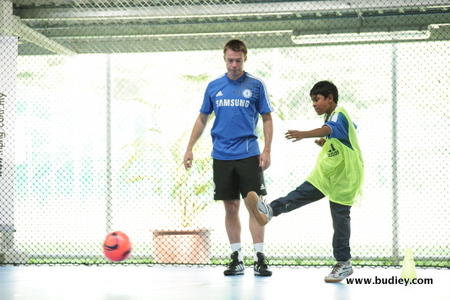 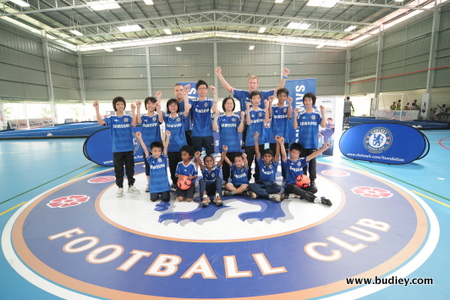 At the Chelsea Blue Pitch with the coaches, Jamie Greenwood and Sam Hubert. 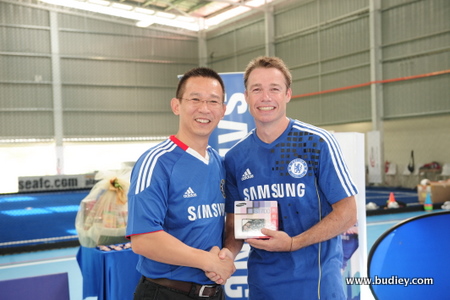 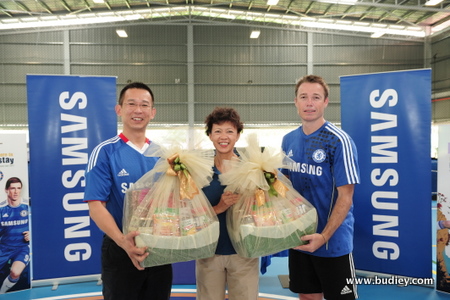 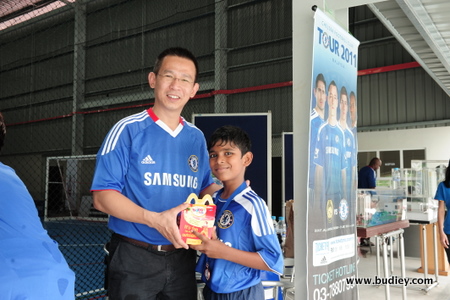