Internationally recognized home-grown artist, Katun has done it once again making waves for the Malaysian art scene as he takes off with his premiere NFT journey. Copping a sold-out limited edition NFT in a record time of 30 mins as well as selling 776 pieces of his open edition in 24 hours, Katun managed to reach a total sales of 127.60 ETH — an approximate equivalent to RM1.6M (USD 401,000). Katun’s debut appearance in the NFT world included 2 releases — “Apes Stand Strong”, a limited edition of 50 mints (pieces) and “Mystical Fruits”, an open edition. 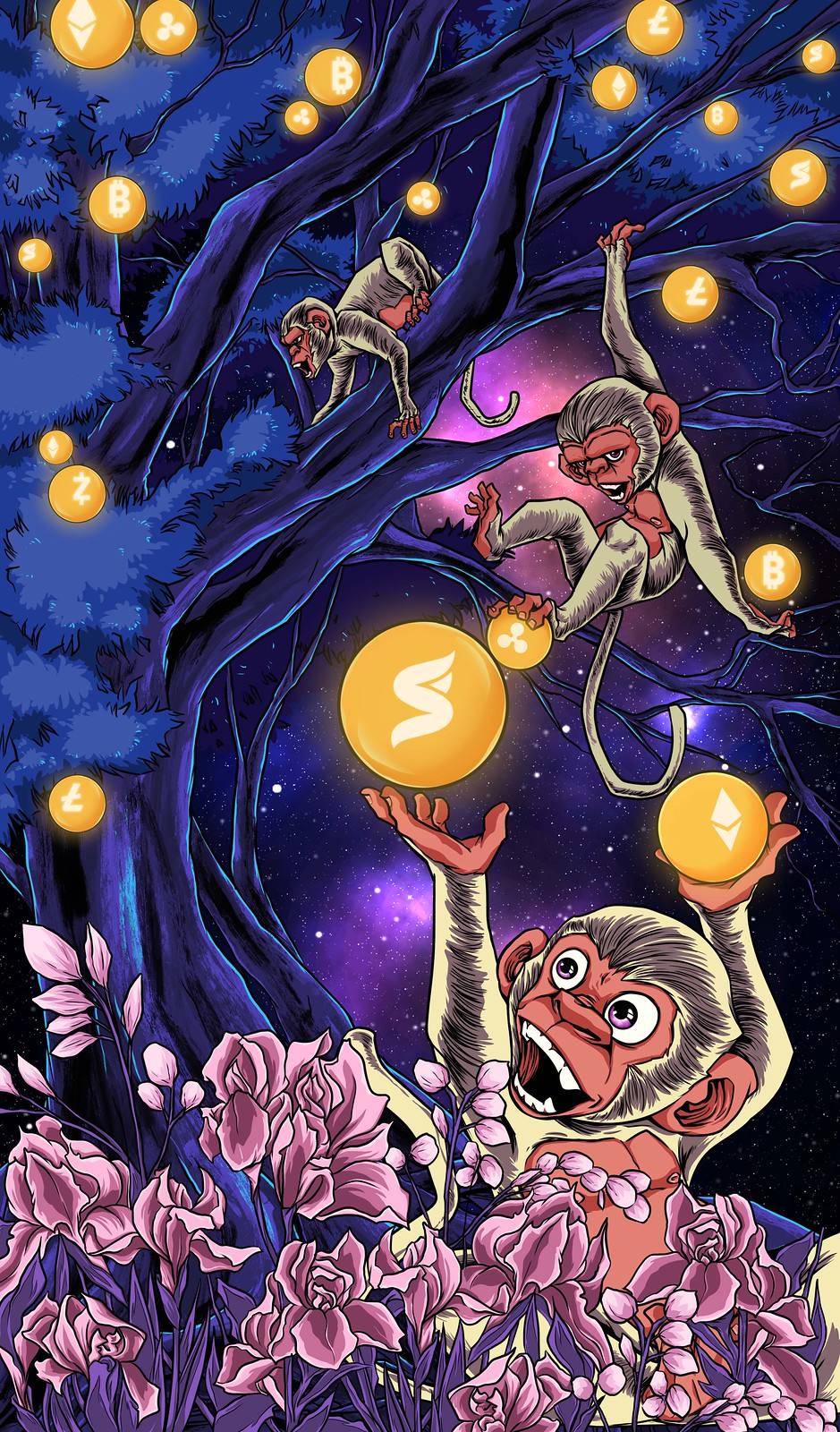 Katun is the first artist to launch an NFT on the cryptocurrency platform, Superfarm — co-founded by famous YouTuber elliotrades. His limited edition NFT “Apes Stand Strong”, of 50 pcs sold out in less than 30 mins for 1ETH each, totalling it to 50ETH which is approximately equivalent to RM 670,000 (USD158,000). In addition to owning the NFT, all purchasers will also receive a physical and numbered GIclee print of the artwork if it’s held for a period of two months.

However this doesn’t end here, a special one-of-a-kind evolutionary NFT version of “Apes Stand Strong” called “Inferno” will be airdropped to one winner chosen at random for all holders on the 18th of October at 2 AM GMT +8. 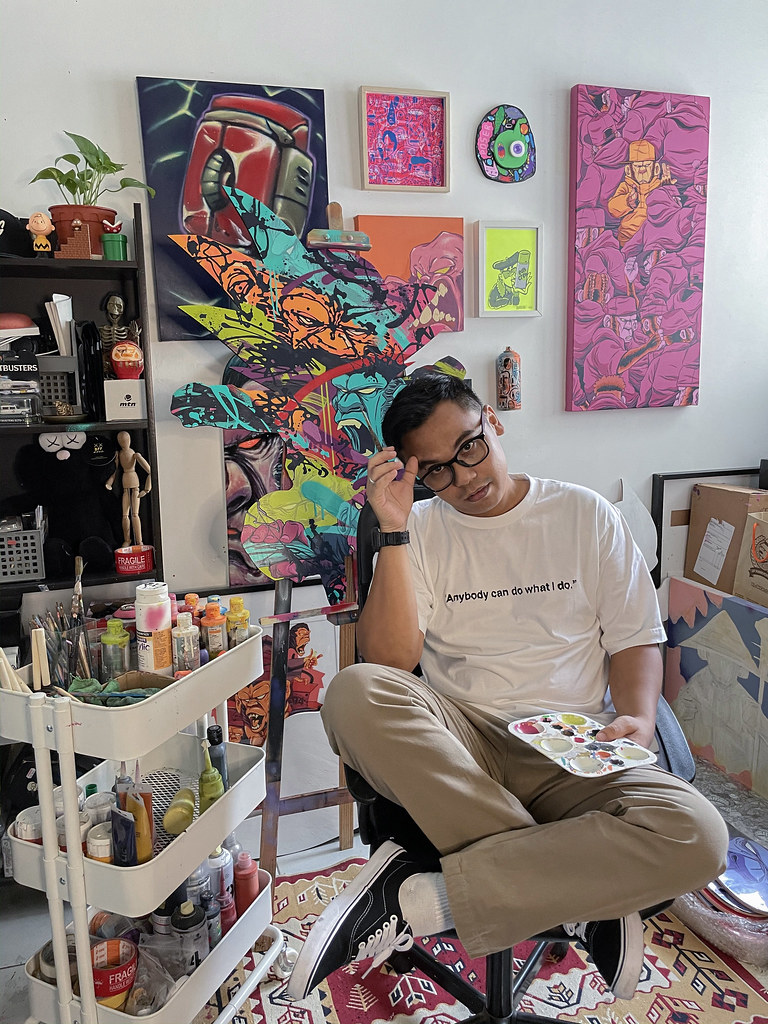 He also sold 776 pieces of his open edition NFT “Mystical Fruits” for 0.10 ETH each in a span of 24 hours, which totals to RM1,021,650 (USD 245,000). This open edition also has an evolutionary component — on the same day as the Inferno drop, 20% of all “Mystical Fruits” NFT holders will evolve into a scarce special edition called “Garden of Bloom”.

The budding artist’s total earnings of RM1,675,000 (USD 401,000) for his first NFT release puts Katun at the top of the NFT world in Malaysia as a local artist. This is the most expensive batch of NFT’s sold in one release for 24 hours by a local Malaysian artist to date.

Resellers in the NFT world are currently selling his limited edition pieces for 1.99 ETH, almost two times its original listing price on other platforms such as opensea — a globally renowned popular NFT site.

It’s no surprise that this young Malaysian street artist is going places with numerous brand collaborations, murals, toys, prints and apparel under his belt as well. Since last year, Katun has created his very own art collective, 4 Stages — a collective of South East Asian artists working together to encapsulate the appreciation of what art is in this region. 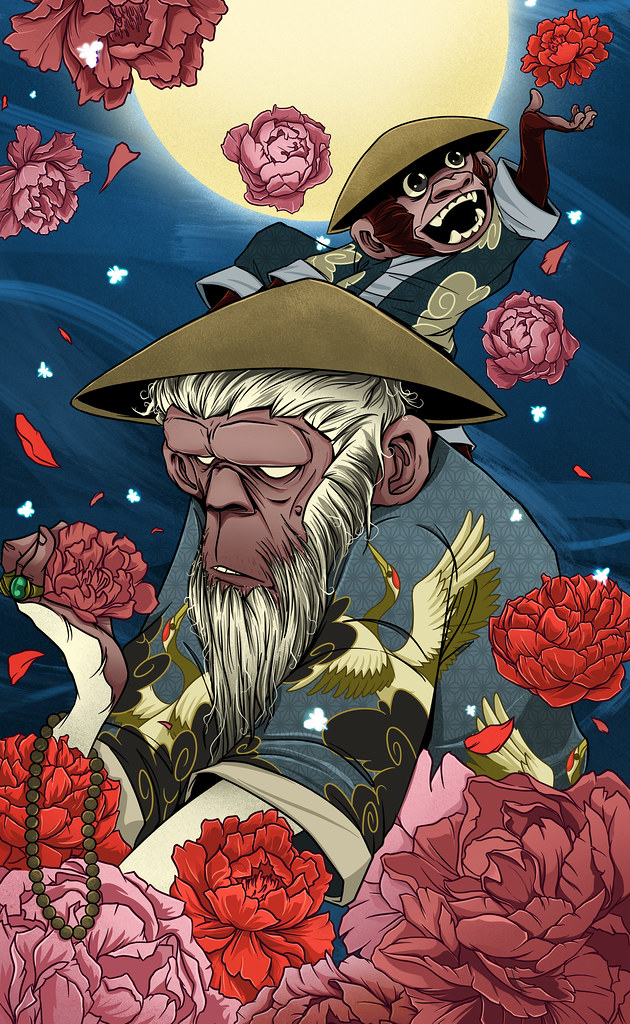 Here to make a statement in the heart of a tropical peninsular in South East Asia – Katun, has honed his position as one of the top leading graffiti artists in Malaysia. A talented local who has created an identity and name for himself through his love of reinterpreting cartoon characters as his signature style.

Growing up in Malaysia, Katun’s quotidian exposure to monkeys and forestry in the region initially sparked his inspirations in creating his unique statement pieces – his apes. Known for its robust body form, Katun has redefined his apes to take a humanistic silhouette while staying true to the natural disjoined limbs of the Great Apes that are native to Malaysia – The Orangutan; translated “Man of the forest”.

To date, he has created his own art collective 4 Stages with brand collaborations with Marshall, JBL, Oppo, Tealive, Proton, Hua Wei, Sony and more – and a notable roster of renowned artists such as Grammy winners Chris Brown, Dua Lipa and Post Malone to name a few. With a growing worldwide presence, Katun’s work is sure to make a mark in your city soon!