“I can confirm that Jessica and Cash are expecting a baby in late spring, early summer,” says rep Brad Cafarelli.

Alba, 26, has dated Warren, 28, since the fall of 2004 after they met on the set of The Fantastic Four, on which Warren was a director’s assistant.

The couple have been seen being affectionate together in Los Angeles in recent days, shopping for mattresses last Saturday and attending a Lakers game, where they were spotted kissing Sunday.

Alba has also starred in Sin City and the recent Awake. Her upcoming films are The Eye and The Love Guru.

Before the pregnancy announcement, she said she was in talks to make her Broadway premiere this summer in a revival of playwright David Mamet’s Speed-the-Plow. 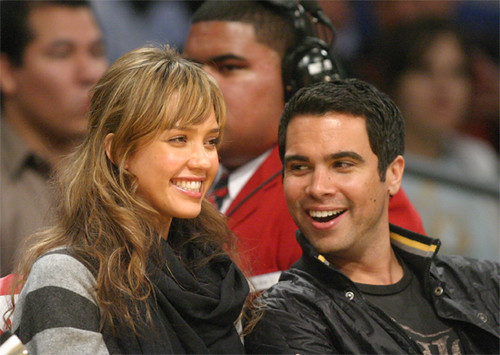