Luxury Swiss watchmaker Hublot enters 2018 with a remarkable momentum announcing legendary rapper and one of Asia’s leading hip-hop stars, Joe Flizzow, as Malaysia’s first Hublot Friend of The Brand. Media and guests joined Joe Flizzow for a special afternoon to celebrate the new partnership. Joe Flizzow’s outgoing personality, passion for watches and long-term standing in the music industry are a strong match with Hublot’s values. 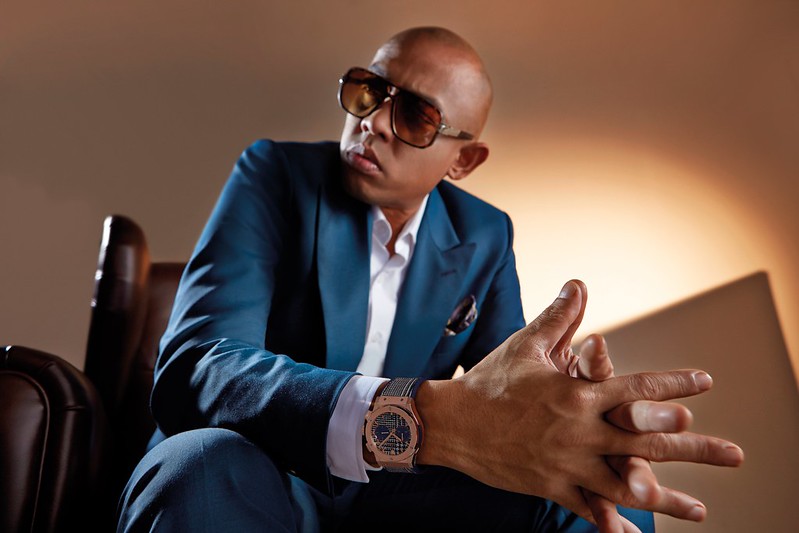 Joe Flizzow fully embodies Hublot’s philosophy of being First. Different. Unique. A true match between the Swiss watchmaker and the artist born and raised in Kuala Lumpur. The Malaysian rapper, producer, and songwriter has helped define the genre’s sound in Malaysia and is widely recognized as an influential figure in the hip-hop music scene. He released his ground-breaking album ‘Havoc’ in 2013, creating a national phenomenon followed by his second single ‘Apa Khabar’ and made history being the first hip-hop song to win prestigious awards in Malaysia.

Regarded as a world-renowned hip-hop artist who has put Malaysian hip-hop on the global map, Joe conceptualized and co-produced a travel show, Hip-Hoppin Asia on 8TV that followed him to 7 Asian countries where he linked up with hip-hop peers who took him off the beaten path to destination unfamiliar to the common tourist. 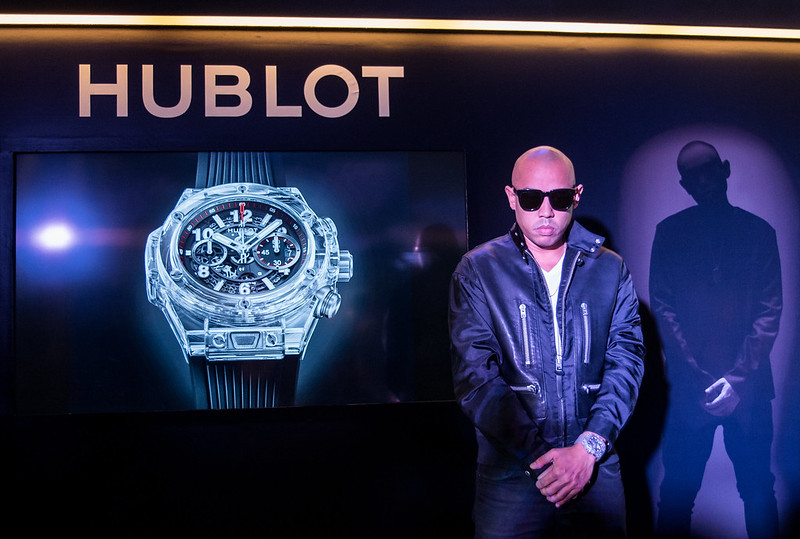 Not only a successful rapper, Joe is also an accomplished figure as well as an inspiring and devoting individual. In 2006, he founded one of the biggest independent Asian music record labels, Kartel Records. For decades, since the release of his award winning English album, President, in 2009, he has expanded the business empire and Kartel has become a household name in the music industry with prominent artists signing under the label. His efforts to elevate not just Malaysian, but Asian music to greater heights have produced astounding results.

Emcee for the afternoon, Reem Shahwa, welcomed General Manager of The Hour Glass, Mr SK Teh and Joe Flizzow on stage before the celebration began. When asked why Joe makes such a perfect friend of the brand for Hublot, Mr SK Teh replied that beyond his music talent, Joe has always carried himself with values aligned with those of Hublot – first, unique and different, that is inspiring to all ages. He added, “We enjoy his work and respect his talent and are delighted that he is now officially a part of the Hublot family”.

Sharing what it means for him to be the friend of Hublot, Joe said, “Hublot is a brand that I carry in my heart. I am proud to represent our unique shared values to the world”. Recalling the day, he said, “Last October I had the pleasure to develop a friendship with the Hublot team during “The Art of Fusion” event in KL where I performed for the guests. It is truly an honour to be invited to join the Hublot family with such an impressive roster of acting and sporting greats, and I am looking forward to this new role”. 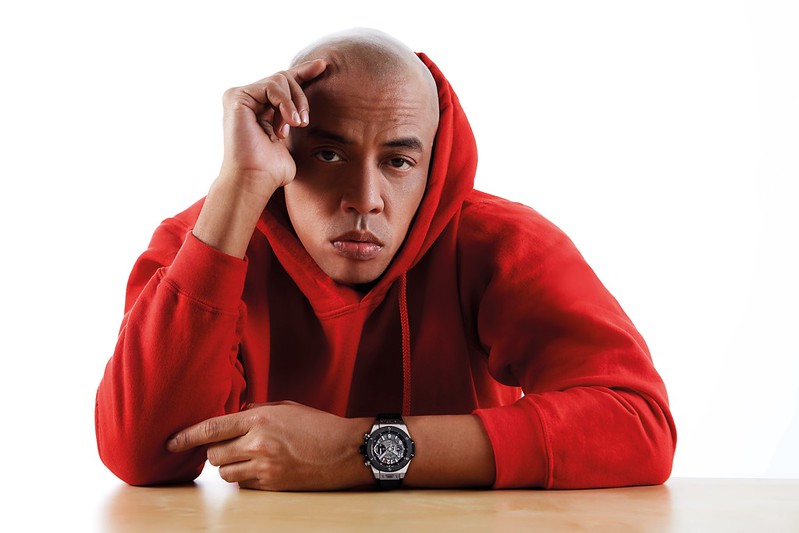 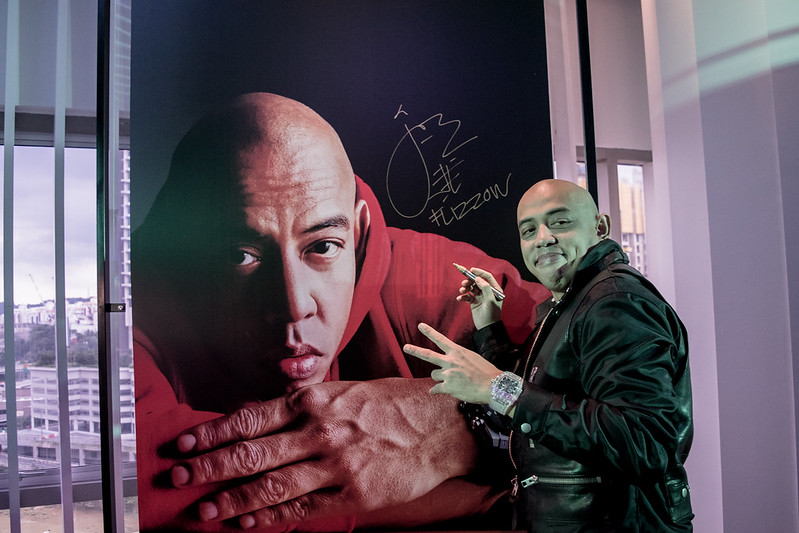 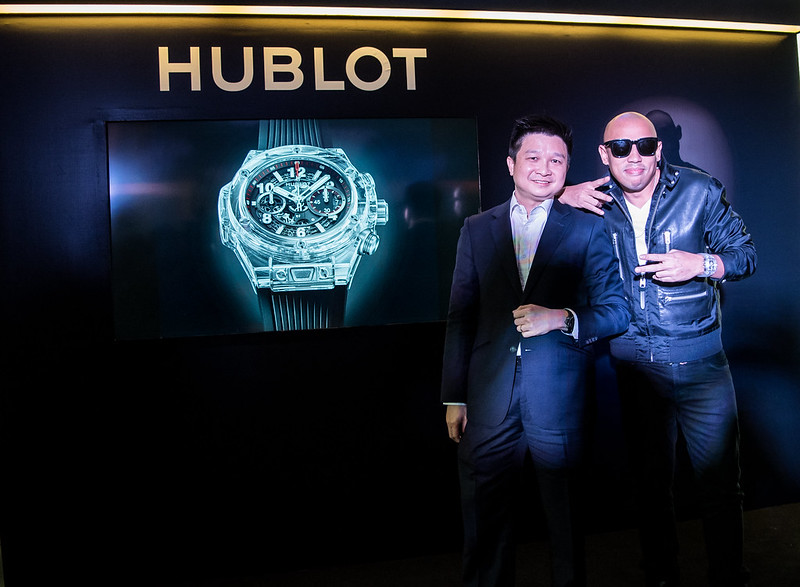 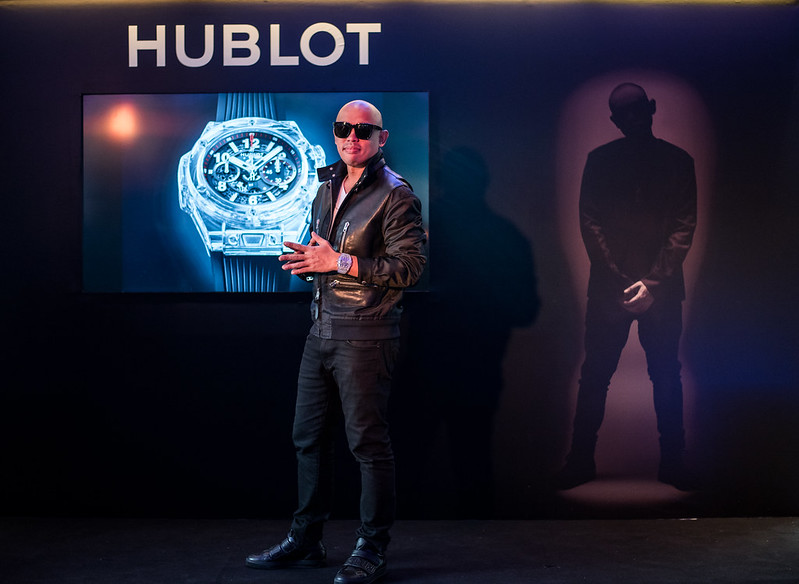 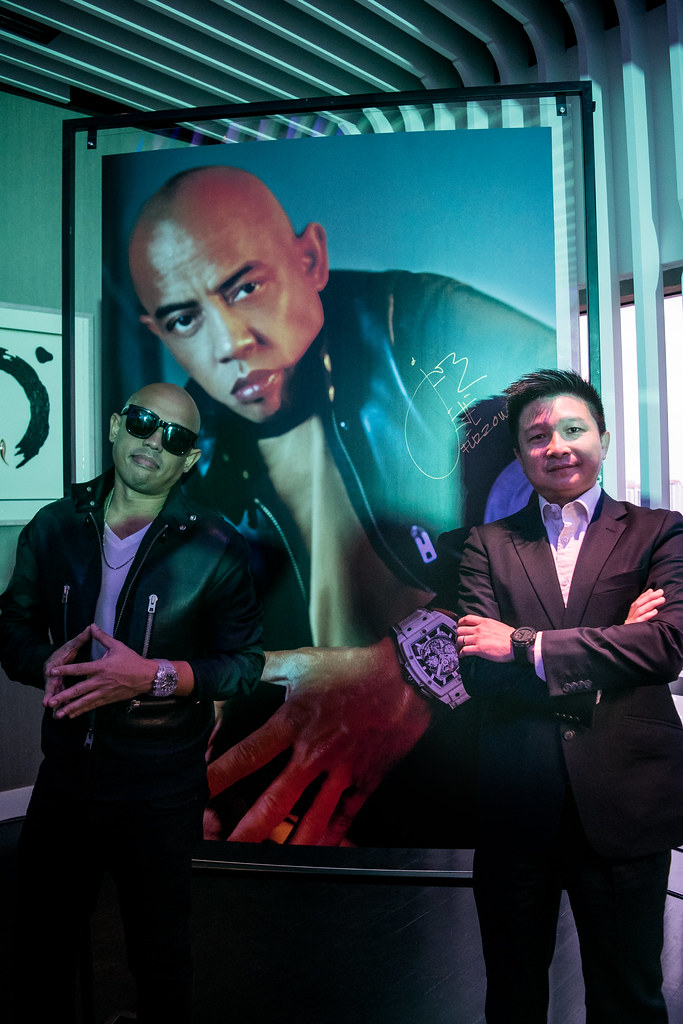 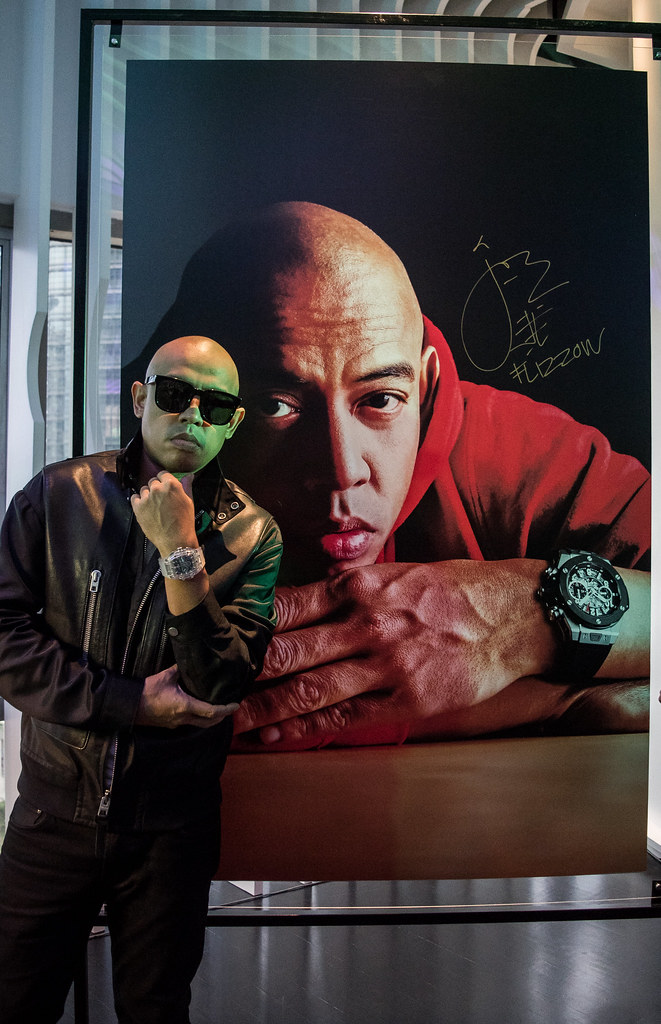 About Hublot
Hublot – « A different way to progress » say those who know this unique Swiss luxury watch company, where each and every moment moves forward to create the future at breathtaking speed. A dream, initiated and developed by Hublot’s Chairman Jean-Claude Biver with CEO, Ricardo Guadalupe, these two men are responsible for turning the Hublot brand into a genuine success story in which the Big Bang, Classic Fusion, Spirit of Big Bang and Manufacture Pieces represent the symbols of a constantly evolving tradition. From watch complications and revolutionary materials to world-class collaborations such as FIFA World Cup™ and Ferrari, Hublot characterizes itself through the “Art of Fusion” philosophy, bringing tradition into the future. On a commercial level, the network of stores currently stands at more than 80 exclusive boutiques around the world (Geneva, Cannes, Saint- Tropez, Paris, London, Berlin, Moscow, New York, Miami, Beverly Hills, Las Vegas, Atlanta, Singapore, Shanghai, Beijing, Hong Kong, Dubai, Abu Dhabi, Kuala Lumpur, Ginza, Frankfurt, Zermatt…). For more information, visit www.hublot.com

About The Hour Glass
Established in 1979, The Hour Glass is one of Asia’s premier luxury retail groups with 43 boutiques in nine key cities throughout the Asia Pacific region. The Hour Glass prides itself as the world’s leading cultural retail enterprise; pioneering the promotion and appreciation of contemporary luxury and horological culture. Having been recognized by international publications such as Monocle, Wallpaper and Vanity Fair as one of the most influential specialty retailers in the world, The Hour Glass has been accorded the ‘Best Watch Retail’ honours by Singapore Tatler in 2014.

The Hour Glass has achieved international acclaim in the industry for its approach towards redefining specialty watch retail which includes the creation of thematic salons and placing an emphasis on developing consumer oriented cultural engagement platforms to promote the values of authentic luxury. L’Atelier, a boutique dedicated to expressing the patrimony of traditional watchmaking; and Malmaison, a first multi-category luxury emporium in its stable to retail the finest and carefully curated collections in horology, sartorial tailoring, fragrances and leather goods – were bestowed the ‘Best Retail Concept of the Year’ award by Singapore Retailers Association in 2010 and 2011 respectively. Malmaison lauded for its unique and differentiated shopping experience, bagged the highly coveted ‘Best Shopping Experience’ award by Singapore Tourism Board in 2012. L’Atelier and Malmaison were also awarded ‘Most Innovative Retail Concept of the Year’ by the Federation of Asia-Pacific Retail Associations (FAPRA) in 2010 and 2013 respectively.