Fans of Islamic music singer and songwriter Hafiz Hamidun will get an up close and personal opportunity to listen to his new single “Marhaban” tomorrow at 8.30PM (local time) via Twitter and Periscope. Twitter will give fans a chance to connect to and engage with the multi-platinum, award-winning singer and songwriter via a live Listening Party on Periscope and a Twitter Q&A session.

Hafiz will premiere Marhaban on Periscope , where excited fans across the world can finally have a first listen to the single; which will be followed by a Twitter Q&A with his fans about his new single. 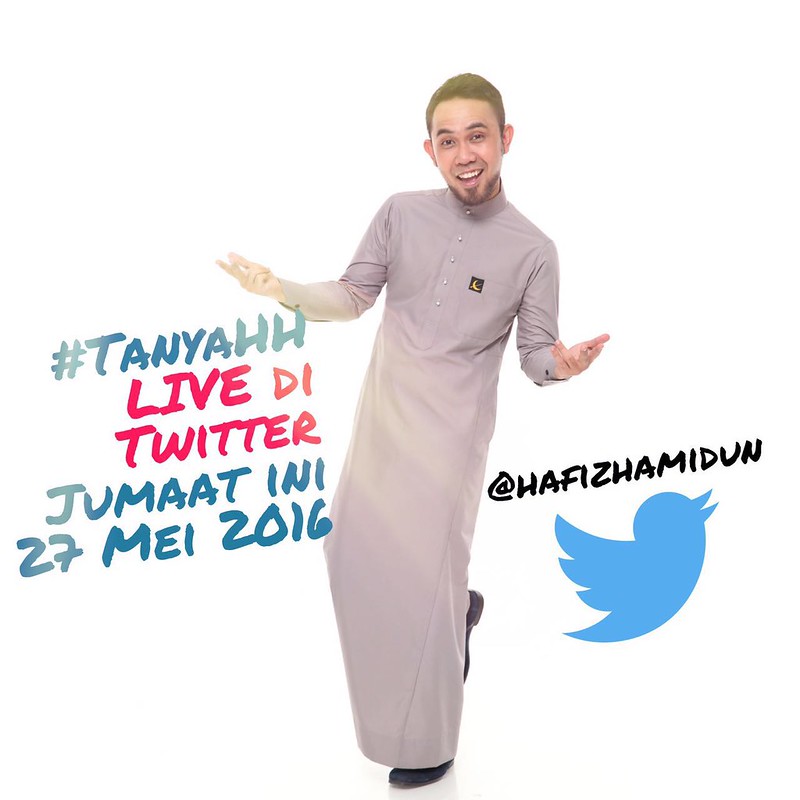 Fans can Tweet their questions to Hafiz using the #TanyaHH hashtag. He will then select questions to answer in real-time via written and video answers at his official Twitter account (https://twitter.com/hafizhamidun). Malaysian Islamic music star @hafizhamidun launches his new single Marhaban first on Twitter and Periscope

“Twitter allows me to connect with my local and overseas fans through live conversations via text, images and videos in my Tweets. I am honoured to be the first Malaysian artist to collaborate with Twitter for a music release, and I’m excited to have my fans join me at my first-ever Twitter Q&A session and Periscope listening party,” said Hafiz Hamidun.

“We are thrilled to collaborate with one of the most successful, influential Islamic singers in the Far East to engage with his fans and celebrate his music in real-time through Twitter and Periscope. Twitter is the best way to connect with your favourite artists through live conversations on our global platform.”

First Malaysian artist to collaborate with Twitter for song launch

I’m honored to be the first Malaysian artist to collaborate with @Twitter to release my new single #Marhaban #LoveTwitter #MuahCiket 😘 — Hafiz Hamidun (@hafizhamidun) May 25, 2016

Hafiz does a wonderful job of using Twitter to connect with his 430,000 followers by expressing his thoughts and opinions, providing behind-the-scenes access to his life, and sharing inspirational and motivational quotes on the platform. Here are some of his most shared Tweets on the platform:

Even if you don’t have a question in mind, follow the official @hafizhamidun account on Twitter and on Periscope to stay up to date on Hafiz’s activities and to connect with the artist in real-time. Don’t miss this once-in-a-lifetime opportunity to connect with the Sony Music artist and have a listen at his new single, Marhaban. About Twitter: Twitter is an iconic service and global platform for self-expression and live conversation. Twitter has always been the best place to see what’s happening now. Whether it’s breaking news, entertainment, sports, or everyday topics, only Twitter lets you connect with people anywhere in the world with live conversation. Anything that happens, you see it first on Twitter. By developing a fundamentally new way for people to consume, create, distribute and discover content, Twitter enables any voice to echo around the world instantly and unfiltered. Twitter is available in more than 40 languages around the world. The service can be accessed at Twitter.com, on a variety of mobile devices, and via SMS. For more information, visit about.twitter.com or follow @TwitterSG.