Firefly celebrates its latest milestone with children in Kota Bharu

Kota Bharu – As a community airline, Firefly prides itself with its efforts to give back to the community. Today, Firefly celebrated the launch of its newest route by treating 50 children with a hearty luncheon filled with a series of activities with renowned local singers and actors. They were Ezlynn- a female pop singer, Al-Mawlid – a nasyid group formed by initial band members of Innuendo, Ruffedge, VE, and Fabulous Cat, Siti Saleha – an actress, and Fiffi Natasya – a new model and actress. 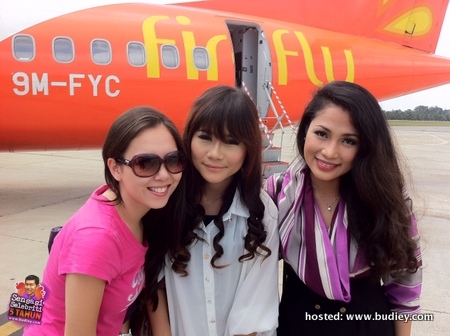 The children were from Yayasan Kebajikan Anak-Anak Yatim Kelantan (YAATIM) and PEKA YATIM – two non-profit organisations serving children in need. The half day event, at Syam Bungaraya Restaurant in Kota Bahru, was held in conjunction with the most recent launch of Firefly’s newest service between Kota Bharu and Johor Bahru. Firefly is currently the only airline linking the East Coast of Peninsular Malaysia with the Southern state of Johor and provides its passengers with direct flights to Johor Bahru. 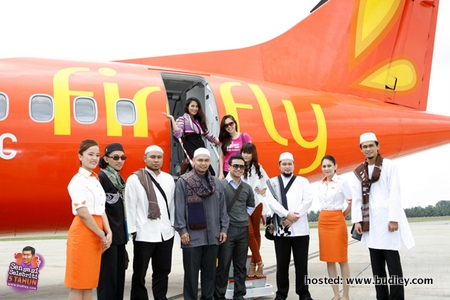 Firefly’s Head of Marketing & Communications, Ms Angelina C Fernandez said, “Every time we launch a new route, we try and make it a point to include children or the less fortunate in significantly celebrating our milestone. The highlight of the day was to witness a roomful of overwhelming joy and smiles from these children throughout the session. Meeting the celebrities was a dream-come-true for most of them who only idolised artistes through local mediums all these while.

“It is wonderful to see an excited group of young hopeful individuals who have built a strong bond over a short span of time with the artistes who have volunteered to collaborate and make this event possible together with Firefly’s team. The opportunity to enlighten and potentially motivate the leading people of the future generation is indeed a great honour for us,” she said.

Interactive sessions between the idols and the children were organised to further entertain and inspire them. An up-beat crew from HotFM, known to be the preferred radio choice among most residents in this Royal City of Kelantan, was also present to further hype up the event with several fun-filled games and giveaways. 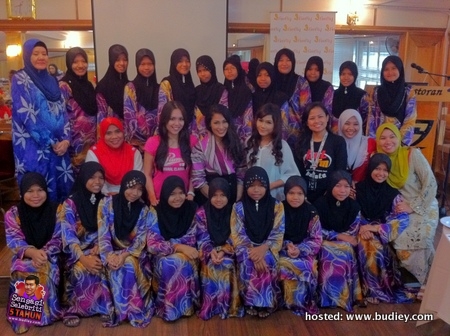 The children from each home emotionally moved the organisers and guests by respectively showcasing a special performance, which was well rehearsed specifically for today’s event. The meaningful day ended with Firefly’s staff presenting token of appreciation to the children for their encouraging participation.

Fernandez concluded, “While we are constantly caught up in our daily business routine, we must not forget to give back to the communities that have supported us. Kota Bharu has been one of the most popular destinations among our passengers since the inception of this route, whereby the continuous support of its state residents had positively contributed to the expansion of this sector.”

Firefly’s newest service between Kota Bharu and Johor Bahru will commence on April 26, 2012 with flights every Tuesday, Thursday and Sunday. The airline is targeting domestic traffic for this route and also Singaporeans keen on business or leisure visits to Kota Bharu and other parts in the East Coast.

Due to popular demand, the airline will also increase its frequencies to seven daily flights between its city hub in Subang and Kota Bahru from April 6, offering more and better options of flight timings to business and leisure travellers alike. 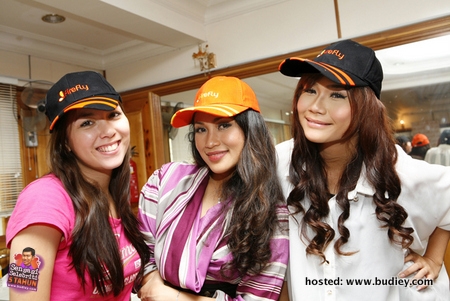 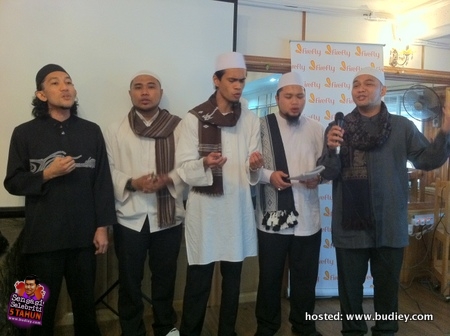 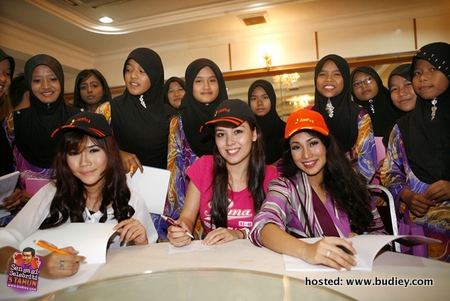 Background on Firefly
Firefly, a wholly owned subsidiary of Malaysia Airlines, began operations in April 2007. Currently, it operates a fleet of 12 ATR 72-500 turboprop aircraft out of Penang and Subang, connecting secondary destinations within the Indonesia-Malaysia-Thailand Growth Triangle as well as providing air linkages between Malaysia and Singapore. Firefly provides incredible value as well as convenient flight timings and excellent service to its passengers. On the ATR 72-500, passengers are allowed 20kg check-in baggage allowance, provided complimentary in-flight refreshment, assigned seating and convenient city airports.
Firefly had also received numerous awards and recognition. The most recent was on November 15, 2011 when Firefly was conferred “Superbrand” status. Other awards received include the 2010 Frost & Sullivan Value Airline of the Year award and the Green Initiative of the Year 2010 award by Leaders in Aviation in conjunction with the Doha Aviation Summit. Firefly is also recognised as the Best Brand in Aviation for the Brand Laureate.
Firefly connects with the world through Facebook and Twitter.