With a plethora of live matches and original programmes ensuring strong viewership and extensive reach, ESPN STAR Sports continues to be a uniquely strong platform to reach out to audiences in Malaysia because of its comprehensive and extensive football coverage. Wrigley’s Extra Sugarfree Gum joins a top group of premium sponsors that includes Presenting Sponsor Maxis and Associate Sponsors Panasonic and MYEG. 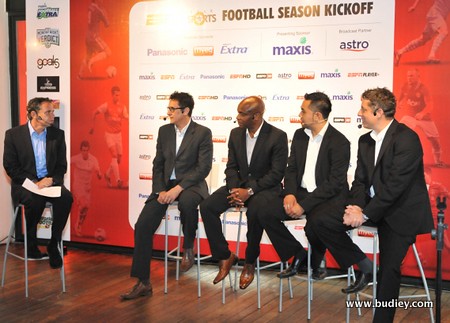 Throughout last season, the BPL was watched by a total of 4.9 million in-home viewers as fans in Malaysia stayed glued to ESPN and STAR Sports for their Premier League fix. In addition to football matches, 88% of BPL viewers also watched ESPN STAR Sports’ original football programmes. Leading the way is the popular and comprehensive catalog of pre- and post-match shows that cater to different groups of viewers and complement the sheer excitement of the live matches.

The BPL continued to be popular on ESPN STAR Sports’ multi-platform coverage with dedicated viewership on ESPN HD, highlighting that fans look for the best viewing experience. Aside from the coverage on television, Malaysian football fans went online on ESPN Player to catch the matches, which has been a hit last season with more than 10,000 additional football matches enjoyed on the innovative online multi-sports service.

Furthermore, fans can look forward to this season’s coverage on ESPN 3D, which will showcase a top selection of LIVE 3D matches for the 2011/12 season that will undoubtedly elevate the fans’ viewing experience to a higher level.

“We are very pleased to welcome Wrigley’s Extra Sugarfree Gum as one of our associate sponsors for our BPL coverage in Malaysia, which is in line with our strong tradition in building and fostering top draw football properties on our networks, multiple media platforms, and quality match presentation,” said Adam Zecha, ESPN STAR Sports’ Executive Vice President, Head of Sales (SEA).

“The popularity of the BPL in Malaysia is well-documented, and our affiliate partner, advertisers, and viewers see value in the presence of the BPL on our networks,” added Zecha.

This season, ESPN STAR Sports will showcase a magnificent repertoire of live football content on its networks, with matches from the Barclays Premier League, UEFA Champions League, the FA Cup, England home matches, the Asian Football Confederation as well as an exciting football programming line-up with more than 1,500 hours of original football shows on its networks.

Fans can expect the return of the hugely popular Monday Night Verdict, BPL Express, Goals, World of Football, Scorecast Saturday and Sunday, as well as its trademark match presentation of the live BPL matches on Primetime Premier League, Super Sunday, STAR Saturday Live followed up with all the highlights and interviews on Full Time Action and Reaction throughout the season.

With the opening round of Premier League fixtures looming this weekend, Malaysian fans will be spoilt for choice as Liverpool entertain Sunderland at Anfield on ESPN and ESPN HD while Everton visit Tottenham at White Hart Lane on STAR Sports, live and exclusive with a 9:55pm kick-off this Saturday, 13 August. 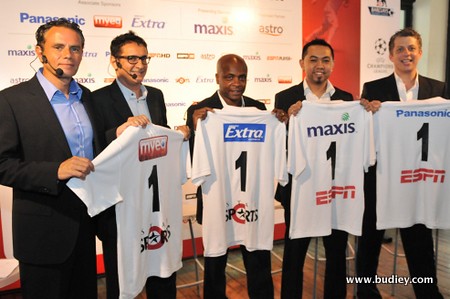