It was an epic concert that brought about a plethora of emotions for the audience. With an all-Malaysian, multi-racial blend of artistes rendering Malay, Chinese and English songs, THE CHOSEN Concert stands out as a truly Malaysian concert for Malaysians! Additionally, four young lives were transformed as a result of the ‘Give Back’ movement which was part of this concert.

In collaboration with Teach for Malaysia (TFM), four students were chosen from TFM schools and were given a once-in-a-lifetime experience of a six-month Masterclass & Mentorship programme with Dennis Lau and Fara Dolhadi to train and prepare them for THE CHOSEN Concert 2019.

The song ‘Esok’ was specially composed by Dennis Lau for this occasion where the four of them performed it on stage during the concert together with Dewi Seriestha, Malaysia’s No. 1 Youtuber / singer song writer / movie director, Namewee 黃明志, Aisyah Aziz, Lee Elaine and Fara Dolhadi. The meaningful song talks about opportunities in life and seeks to inspire the young ones from underprivileged backgrounds to pursue their dreams.

It was a truly moving performance as the students rendered the song on stage and a fitting end to the concert which seeks to promote limitless opportunities, love, peace and equality.

“The past six months has been very fulfilling for me personally as I journeyed with the four students and witnessed their transformation and growth.

They have so much potential in them and I am so proud to have been a part of this programme to ‘Give Back’.

I look forward to continue the journey of Masterclass with them and to see where this adventure will bring them in their careers,”

“This is the biggest opportunity every given to me and I am very grateful for everything that I’ve been taught in these past six months.

I want to thank the teachers for their time and love in teaching us.

This Masterclass & Mentorship programme is not something that everyone can afford so this initiative by Teach for Malaysia and Dennis Lau & Friends is so beneficial and eye-opening for people like us.”

Held at the Mega Star Arena @ Viva, THE CHOSEN concert featured a magic show as an opening act, by Asia’s Got Talent finalist, Sobhi Shaker.

After the first break, Jeryl Lee, Lee Elaine, Fara and NAMA performed ‘A Kind of Sorrow’ with .Dennis Lau on his latest customised violin called ‘THE CHOSEN’.

Jeryl continued with ‘I wanna be Free’ while Namewee and Fara teamed up for two duets.

For the final slot, Dennis Lau made a change of outfit and instrument of choice. This time, he performed ‘the Journey’ with his Phoenix violin solo. Next up was the highlight of the evening, where all artistes (Dennis Lau & Friends) performed ‘Esok’ together with the children from TFM.

Aisyah Aziz took the stage next with ‘Abadi Kita’ followed by the finale – a Bruno Mars Medley performed by Nama and Aisyah Aziz. The night finally came to a close with an Encore performed by Dewi titled “Mahkota’.

For this extraordinary concert, Dennis Lau had a new violin specially commissioned from renowned luthier Alistair Hay.  The same designer also custom made two of Dennis Lau’s violins previously – the Phoenix and the Dragon violins. Several years back, Dennis Lau was besotted when he saw superstar Wang Lee Hom playing a dragon-shaped guitar.

He learned that the guitar was the handicraft of Alistair, a custom designer at Emerald Guitars at Cavanacaw, Ireland and proceeded to commission him for the Phoenix violin, followed by the Dragon violin.

At the unveiling of the latest ‘The CHOSEN’ violin, Dennis shared that he gave Alistair free creative direction in the designing of the violin and was totally blown away by the end result.

Sleek and slim enough to fit into a whisky case, the silver violin’s body was carved in the shape of a teardrop extending gracefully through the neck in one piece. Made of carbon fibre, the CHOSEN violin is the lightest and most transportable of Dennis’ three most prized violins.

‘My violins are tools that I use to express myself as a musician. They allow me to best channel my soul and energy into it and are tools to help reach my goals of showcasing the energy, hopes and dreams of every song I play for the audience,”

This was successfully achieved on the evening of ‘THE CHOSEN’ 2019 concert.

“I am in awe of how everyone came together in the planning and execution of this concert, the love and support that was freely given and shared throughout.

It is my hope that every individual who attended the concert would receive in their hearts the inspiration and conviction of knowing that they have been chosen for a higher purpose in life.

And that we will all never give up in pursuing our chosen dreams in spite of obstacles and challenges.

In the six months of preparations with the students from TFM, we have seen this come to fruition.

It was a truly memorable journey for all of us and I strongly believe that these four amazing young people will go on to make waves in their chosen professions.”

The concert was well received and a portion of ticket proceeds will go to Teach for Malaysia to support its mission to end education inequity.

The Presenter, Sponsors and Partners

With 1,000 performances, 100 songs produced and 10 notable awards in his portfolio, violin virtuoso and music maestro Dennis Lau is one of Malaysia’s most successful musician. Driven by talent and an insatiable passion for music, Lau began violin training at a tender age of 7 under the tutelage of world-class violin instructors Nora Kim and the late Andrew Chye. He went on to become one of the youngest in Malaysia to pass Grade 8 by the age of 11 and at 15, the precocious musician had already completed the Associateship diploma from Trinity College London (ATCL).

His virtuosity captured the world far beyond his hometown in Teluk Intan, Perak. The accomplished violinist has since brought his mastery to the international arena, performing alongside some of Asia’s most renowned personalities including Soul Queen of Malaysia Ning Baizura, Asia’s drum and percussion legend Lewis Pragasam, Taiwan’s King of R&B Mandopop David Tao, just to name a few.

In recognizing the potential of true talent beyond the stage, Lau founded Mosaic Entertainment Group as a commercial platform for local artistes to connect, grow and showcase their finesse. The establishment has to date successfully put together performances for over 100 corporate clients, private functions and charity events. Inspired by his mother’s indomitable faith and support in his pursuit of musical excellence, Mosaic will be embarking on a new journey to uncover and nurture young hidden talents whose gifts lie undiscovered in under-privileged circumstances. 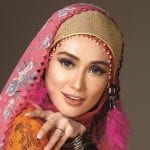