Just off the heels of an epic return with #1 iTunes single “Cool for the Summer,” multi-platinum selling recording artist Demi Lovato has no plans to cool down as she swings into the fall season with a release date of October 16 for her much-anticipated fifth studio album, ‘CONFIDENT’.

Standard and Deluxe versions of the album, featuring production by Max Martin, Ryan Tedder, Steve Mac, Jason Evigan, Wolf Cousins, Savan Kotecha, and Stargate, are available for pre-order at midnight tonight via all digital retailers. ‘CONFIDENT’ marks Lovato’s first album release through a creative partnership between Hollywood Records, Island Records and Safehouse Records – a label she created with Nick Jonas and their manager, Phil McIntyre. With each pre-order purchase fans will receive an instant grat of her smash hit, “Cool for the Summer.” 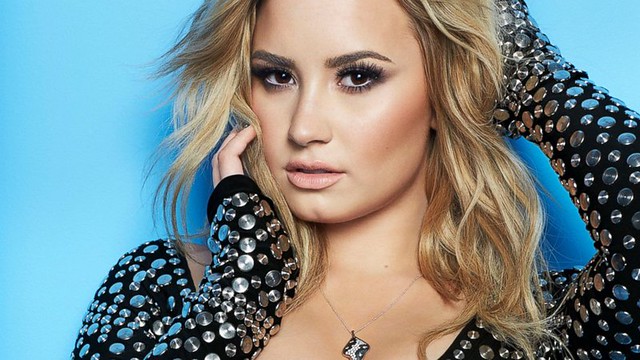 To celebrate her upcoming release Lovato will perform the chart-topping summer anthem for the first time on national television at the 2015 MTV Video Music Awards this Sunday, August 30 at 9:00pm ET/PT on MTV. Lovato will complement her debut performance of the critically -acclaimed track in front of a crowd of fans on Jimmy Kimmel Live’s outdoor stage next Monday, August 31 at 11:35pm ET/PT on ABC.

The September 2015 Cosmopolitan cover girl also has a slew of upcoming appearances scheduled for autumn including a performance at iHeartRadio Music Festival’s Daytime Village on September 19 in   Additional instant grat tracks will be available before the album is released.
 
Las Vegas and a return to television as a guest-star in season 2 of Robert Rodriguez’s American- horror series, “From Dusk Til Dawn” on El Rey network.

For More Info on Demi, visit:

     About DEMI LOVATO
  With a fan base that includes over 21 million Instagram followers, 30 million Twitter followers and nearly 37 million Facebook fans, the singer-songwriter, actress and philanthropist recently released her debut smash single, ‘Cool for the Summer’ off her forthcoming fifth studio album and within hours of the summer anthem’s launch it trended worldwide and hit #1 on iTunes in 35 countries. Her latest album, Demi, hit #1 on iTunes in over 50 countries and produced platinum singles, “Heart Attack”, “Neon Lights” and “Really Don’t Care.” To celebrate the success of DEMI, Lovato performed on stages all over the world when she embarked on two sold-out headlining tours (‘Neon
Lights Tour’ and ‘Demi World Tour’) as well as countless national TV shows including Good Morning America, The Tonight Show Starring Jimmy Fallon, Late Night with Seth Meyers, Ellen and more. In addition to her musical accomplishments, the business woman and entrepreneur released her New York Times best-seller, Staying Strong: 365 Days a Year and launched her very own skin-care line, DEVONNE By Demi.

As an outspoken advocate for causes close to her heart, she remains devoted to giving back and serves as a role model by sharing her personal experiences. In honor of her late father, she launched The Lovato Treatment Scholarship which raises awareness for mental health and addiction issues, while providing funds to those who cannot otherwise afford treatment.