Local rock band Kyoto Protocol has released ​Delta Wing the first song from their upcoming album ​The Pen Is Mightier ​earlier today, along with a music video powered by U Mobile. The highly anticipated album will be launched at Good Vibes Festival on the 21st of July, after months of teasing fans with hints and behind the scenes footage on the band’s social media accounts. 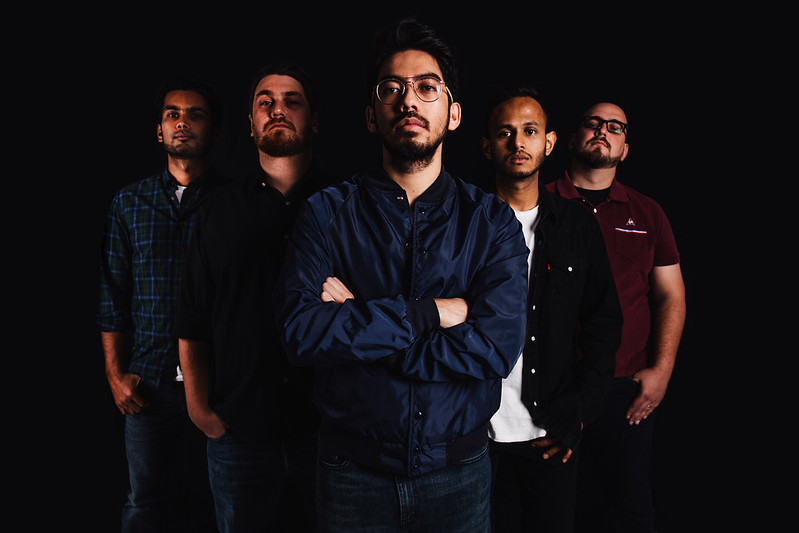 Inspired by a Vox documentary on Concorde Planes, ​Delta Wing comes from a relationship that, like its aeronautical counterpart, was “ahead of its time”. Musically, ​Delta Wing combines lyricist Fuad Alhabshi’s rich and ambient vocal style supported by strong bass lines that builds a landscape that will definitely get listeners lost in. Accompanying the cryptic lyrics are psychedelic visuals from the music video directed by Talha KK and Tsa Meera of Imaginary 23 that leave viewers hypnotized to sing along.

“I used the metaphor of the Concorde for a relationship that was, perhaps, ahead of its time. The song’s title itself came from the name of the wingspan design. If you read between the lines I hope you’ll find awesome and bittersweet plane metaphors that could apply to relationships,” explained Fuad. “This was mega fun as a poetic endeavour, getting to throw in science metaphors into my music. I loved science as a kid and that has not died down even until now.”

While still keeping their day jobs, the band has been spending most of their nights this year crafting their third studio album. Evolving from their previous style and tunes, ​The Pen Is Mightier promises to be louder, bolder and mightier like its name. Being a feast for the creative eye from sight to sound, ​Delta Wing sets the tone for what fans can look forward to in their new album.

“We would describe the process of creating this album as one of our best and most enjoyable works so far, the songs we wrote and composed for this album might be some of the most polished ones we’ve ever had,” said bassist Shakeil Bashir.

Guitarist Hairi Haneefa further explained, “We try to tell a story of existence and everything that comes with it, and hope that the audience can relate to it and rock out with us at our live shows.”

The band worked with Maveriq Studios and its executive producer Paul Morrison to produce the album. In addition to that, the songs were recorded singularly which gave the band members the opportunity to deliver their best.

“Previously we’ve had to skimp on the process, rushing through 8 songs in 2 days. That does compromise the ability to deliver the best performance possible. For example, my voice would have to hold up doing two or three takes for every song, essentially singing 24 rounds in 2 days. Now we’re recording song by song, so we can concentrate on delivering the best we can for that particular track,” explained Fuad.

Kyoto Protocol was also recently adopted into U Mobile’s Unlimited Grooves campaign as part of their Musicmakers squad to raise funds for passion projects through music. ​The adoption will see U Mobile fund passion projects that vary from a new album production, to the making of a music video and to a tour across Malaysia.

Now that the band is done with recording, they are eager to play the new music to as many fans as possible both locally and internationally. The band will be launching ​The Pen Is Mightier by making the album available for purchase and taking the stage for the debut performance of the new discography at Good Vibes Festival in The Ranch at GohTong Jaya, Genting Highlands on the 21st of July, 2018.

You can start gearing up for the launch by checking out the music video for ​Delta Wing here:

The song is also now available on all digital music platforms.

About Kyoto Protocol
Based in Malaysia, Kyoto Protocol formed in 2009 and evolved to the current five-piece lineup in 2011. Since then the band has opened for international acts such as The Killers, MGMT, Death Cab for Cutie and Tenacious D. They have also toured the country as well as Japan with their award nominated music. In 2017, they remained in the spotlight with festival and stadium performances at the Singapore Grand Prix F1 Night Race, Rocktoberfest in Miri and The Music Run in Stadium Bukit Jalil. More at ​https://www.kyotoband.com/