Da Vinci & the Code He Lived By

Synopsis:
Da Vinci & the Code He Lived By tells the story of this greatest of men in a time of great men, an intellect above all others. He is known as “the Mind of the Renaissance”–an extraordinary artist, scientist and inventor who envisioned flying machines, submarines, parachutes, armored cars and multi-barreled guns, centuries before their time. The most famous of his paintings, the “Mona Lisa”, hauntingly moves us to this day and his great fresco of “The Last Supper” remains an icon of faith.

He secretly recorded dissection of human bodies, which defied The Church and brought accusations of consorting with the Devil, led to the early understandings of human anatomy. Against a backdrop of 15th Century Italian opulence, intrigue and corruption, he navigates skillfully through the glittering palaces of merchant princes, where whispered betrayal and the plotting of assassination mixed with the laughter of beautiful women. He was the greatest of men in a time of great men, a mind above all others. 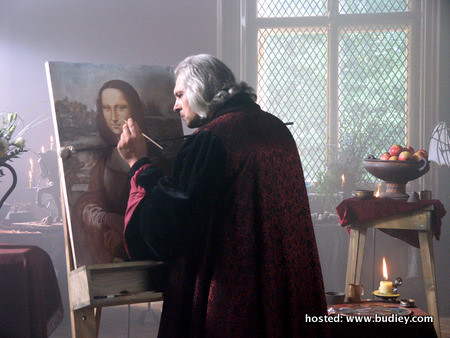