IME Malaysia is thrilled to announce the return of the American pop rock band, AGAINST THE CURRENT, in Malaysia for their world tour. The concert will be held on 28th September 2017 (8PM), at The Bee, Publika. 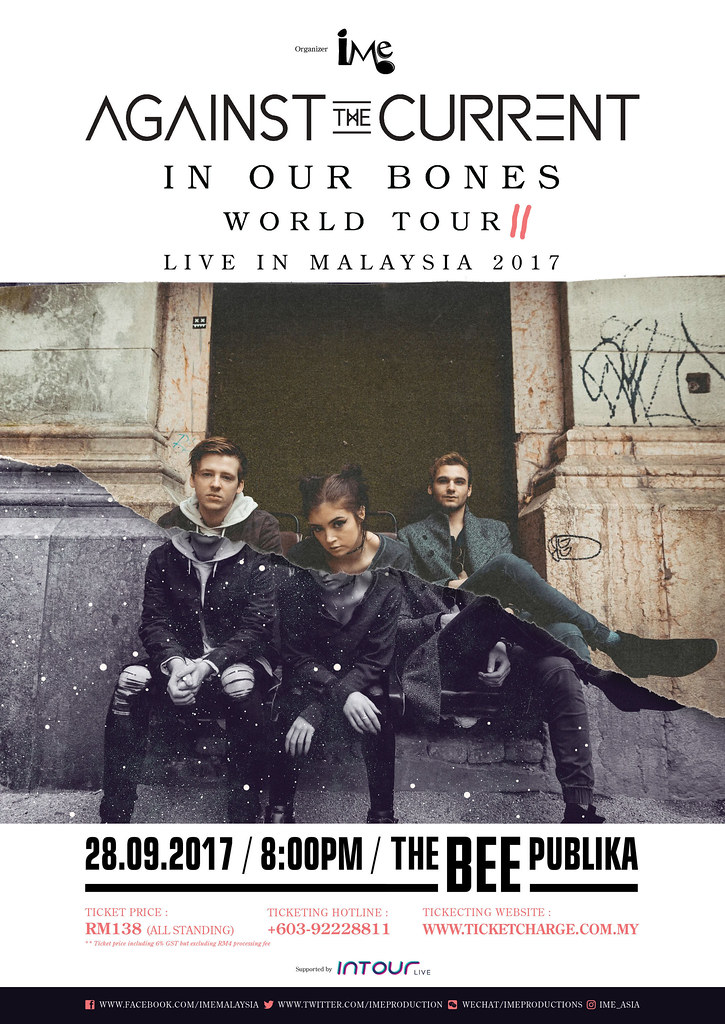 AGAINST THE CURRENT IN OUR BONES WORLD TOUR LIVE IN MALAYSIA 28TH SEPTEMBER 2017, THE BEE, PUBLIKA

Ticket price for the concert is RM138 (All standing). All ticket prices are inclusive of 6% GST, but exclude RM4 processing fee.

More About Against The Current
The American pop rock band was formed in the early 2011 by Dan Gow, Will Ferri, Joe Simmons and Jeremy Rompala. In the summer of 2011, Chrissy Costanza, current lead singer, then joined the band after being introduced through a mutual friend. Beginning their music venture with a serious of YouTube covers of various hit songs, the band quickly built up an impressive following base. Their second EP, Gravity, was then released on February 17, 2015. Gravity was charted in four Billboard magazine charts and peaked on several album charts. Shortly afterwards, the band proudly announced their signing with Fueled By Ramen under Atlantic Records. The band later released their very first studio album, “In Our Bones” in May 2016 and kick started their world tour in Korea, continuing to a number of countries in Europe, North America and Asia. With a catchiness attributed to their upbeat rhythms and Costanza’s powerful vocal presence, the band’s music truly embraces the definition of pop-rock, playing around with levels of pop-ness and rock-ness across each of their tracks.