Thus, the American singer-songwriter also recently won the Grammy Award for ‘Best Male Pop Performance’. This concert is made possible by MAXIS. This is one of the must go concerts for 2011, however the TICKETS ARE ALL SOLD OUT!

The overwhelming response in all his concerts worldwide has also happened here in Kuala Lumpur – tickets are sold out !

It is beyond the control of the organizers to add on seats as it has many regulatory matters that limits capacity .

The artiste management and local organizers cannot even consider another show as the schedule in the global tour has no provision of time to stay on in Kuala Lumpur.

We are really sorry. 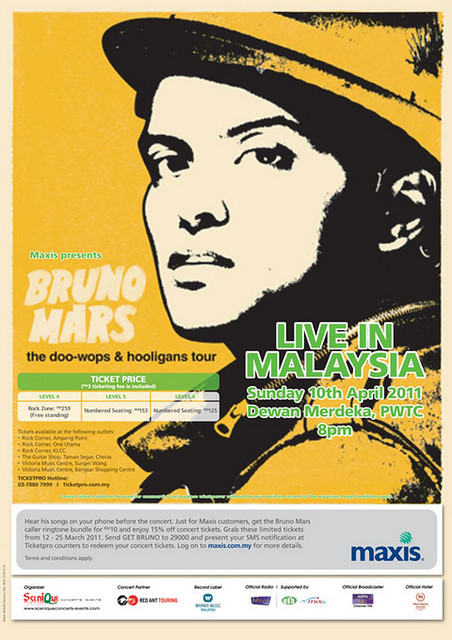 For those who missed out this one, Bruno Mars will be performing in Jakarta, Philippines, Australia and New Zealand. Details as follows:

Book your flight to one of the concerts now!