Celcom Axiata Berhad strengthened its position and performed better than the industry’s average growth as its quarter-on-quarter (QoQ) service revenue and total revenue stood at RM1.495 billion and RM1.621 billion – an increase of 1.4% and 0.7%, respectively.

Despite industry challenges, Celcom continued to stabilise with a strong overall data performance in 2017. Its data revenue soared 27.6% year-on-year (YoY) to RM706mil, contributing 43.5% to the company’s total revenue.

Additionally, data consumption rose 23.2% QoQ to 6.2GB, per month per active data user, compared to 5.0GB. This was supported by a higher smartphone penetration of 69% from 66% QoQ. 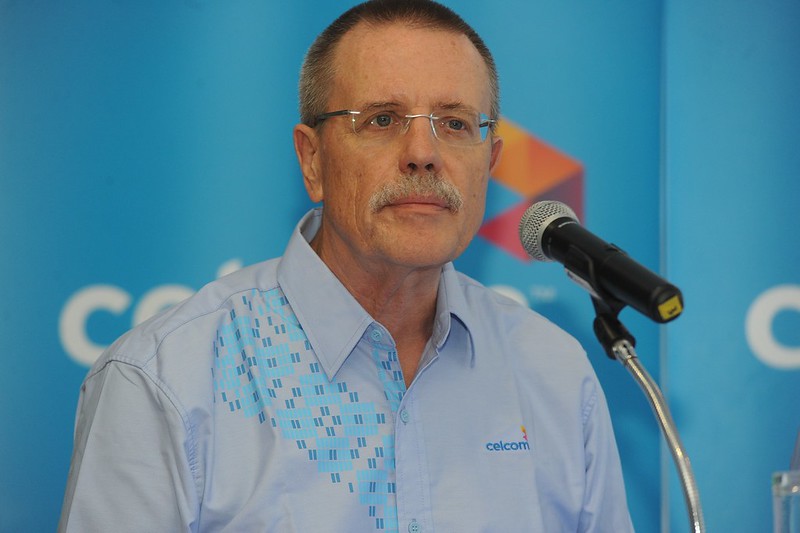 Continuous drive on data offerings under Celcom’s FIRST™ Gold, FIRST™ Gold Plus and FIRST™ Platinum with higher Internet data allowance, contributed positively to the postpaid revenue with an 8.2% year-to-date (YTD).

CAPEX guidance (capital expenditure) remains at RM1.5 billion for this year, of which investments for ongoing network expansion will be around RM1billion within the approved budget.

Michael Kuehner, Chief Executive Officer of Celcom Axiata Berhad said he was pleased with the quarterly performance as it showed positive signs of further stabilisation in an increasingly saturated industry.

“We are making steady progress, further cementing our position in the market. We have improved the way we approach our consumers’ needs and have streamlined our financial and operational management – measures that will sustain Celcom’s continued growth,” he said.

On factors influencing the improved quarter, Michael said the Celcom sales and distribution ecosystem played a role, as it was continuously strengthened throughout the quarter, resulting in an improvement of Celcom’s base of active dealership.

“We had also initiated the dealer digitisation programme which not only improved the availability overall, but also enabled a better dealer experience in terms of acquisition and mobile internet provisioning at retail outlets,” he said.

For network updates, Michael said Celcom will deliver on its promise for best video experience, noting that Celcom’s LTE population coverage has reached 77%, at the end of the second quarter.

On the recent spectrum refarming project, Michael said it was successfully completed by a high-calibre cross-functional team, ahead of the deadlines set by Malaysian Communications and Multimedia Commission (MCMC).

“The first phase was delivered in March and second phase, by the end of June – both phases two weeks ahead of the stipulated deadlines. Extreme care was taken to re-plan the network as per the new frequency allocation to ensure continuous superior consumer experience and unmatched service quality.

“The telecommunication spectrum refarming of 900MHz and 1800MHz frequencies, will deliver enhanced network services at affordable rates in the urban and the rural areas in future,” he said adding that both refarming exercises covered 7,400 sites in six regions.

Successful initiatives that complemented the improved quarter:
• The biggest internet plans up to 70GB from Celcom FIRST™ can be easily shared, with GBSHARE™;
• Easy and affordable ownership of smartphones for the festive season with EasyPhone™;
• Being first in Malaysia to adopt Rich Communication Services (RCS), an Android messaging service by Celcom in partnership with Google;
• Entertainment pack, Video Walla™ and Music Walla™, a dedicated feature to provide the best entertainment content and further enhancing overall mobile experience;
• Xpax Introduces KAWKAW™ Squad Exclusively for Students – more data without additional charge;
• In April, Celcom was the first telco in the country to unveil Lightning Fast LTE, where its LTE Advanced network saw transmission speeds up to and beyond 400Mbps, supporting extremely high speeds in connectivity, high-quality access to multimedia services and the best digital customer experience ever. 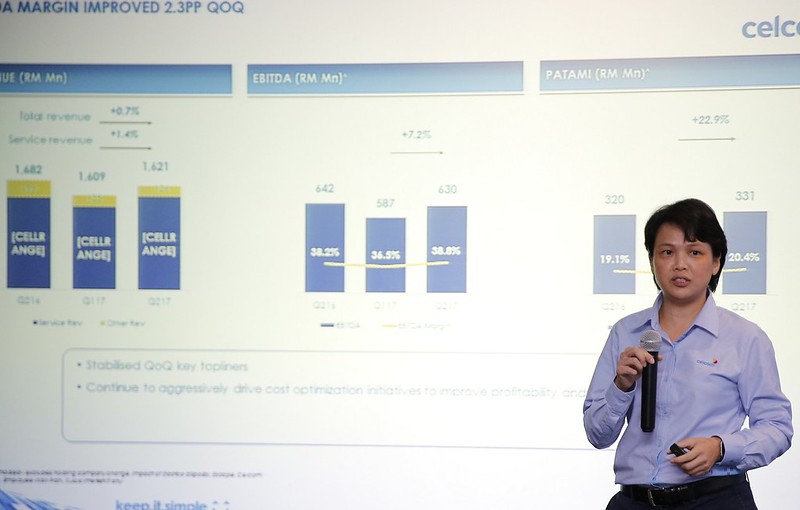 Michael said the company is optimistic for improved business performance with a firm focus on consumer experience, and regaining some of the market share, by the year end.

“People, innovation, technology and processes are essential for Celcom to provide an awesome consumer experience. We are determined to mobilise all our resources to drive our transformation initiative and achieve our ambitious consumer experience goals. Stay tuned,” he concluded.

Ends
About Celcom Axiata Berhad
Celcom is Malaysia’s leading data network provider, with almost 10 million customers. Established in 1988, it boasts the widest national 2G, 3G and 4G LTE networks, covering over 98% of the population. Currently the largest mobile broadband and corporate services provider, Celcom is now moving towards integrated multi-access and multimedia services, in line with evolving technologies and consumer behaviour in Malaysia. A culture that places the customer FIRST™ is reflected in our award-winning customer service, products, and other corporate accolades at a regional level. Celcom is part of the Axiata Group of Companies, one of the world’s largest telecommunications companies, with close to 300 million customers across 10 Asian markets. For more information on Celcom, log on to http://www.celcom.com.my