THE AMAZING WORLD OF GUMBALL
All-New Episodes, Starts April 7th, Saturdays at 9:00am
Gumball tells the story of an ordinary suburban family which just happens to live in an extraordinary town. At the heart of this family is Gumball, an excitable and optimistic blue cat with a flair for misadventure. Gumball Watterson has a stay-at-home dad, a mum who sells rainbows, a brainy younger sister, and a goldfish for a best friend. Despite their somewhat unusual appearance, at heart they are just like the rest of us.

NEW SHOWS:
BUGGED
All-New Show, Starts April 16th, Weekdays, 4:30pm
Bugged relives the glory days of burlesque cartoons with no dialogues, endless gags and mishaps and hilarious characters. Follow our hero Murphy in his domed quest to capture the ultimate prize – a bug called Puck. As he explores the invested planet he finds that everything and everyone is working against him! 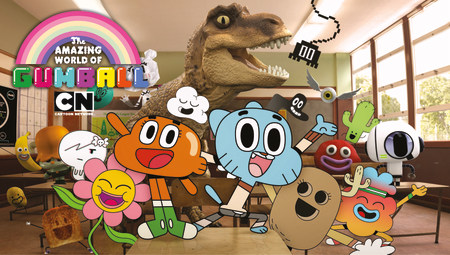 THE 99
All-New Show, Starts April 7th, Weekend, 5:00pm
THE 99 are youngsters from across the globe, each of whom has come to possess one of the 99 mystical and ancient Noor Stones (Stones of
Light). Endowed by the stones with different and unique superhuman powers, the kids are recruited into a team by the benevolent Dr. Ramzi Razem. His goal: a world of peace, harmony, enlightenment and diversity. But it’s going to be an uphill struggle because of the sinister and charismatic Rughal. A mysterious traveller through time, Rughal can also harness the power of the Noor Stones. His motives, however, are very different from those of Dr. Ramzi. Rughal’s dark vision of human nature and his unscrupulous dedication to the pursuit of power make him and his team of villains formidable adversaries.

BATMAN: THE BRAVE & THE BOLD
All-New Season, From April 16th to May 2nd, Weeknights, 7:30pm
Batman isn’t going at it alone this time! From Warner Bros. Animation comes the latest interpretation of the classic Batman franchise. The caped crusader is teamed up with heroes from across the DC Universe, delivering nonstop action and adventure with a touch of comic relief. Blue Beetle, Green Arrow, Aquaman and countless others will get a chance to uphold justice alongside Batman. Though still based in Gotham, Batman will frequently find himself outside city limits, facing situations that are both unfamiliar and exhilarating. With formidable foes around every corner, Batman will still rely on his stealth, resourcefulness and limitless supply of cool gadgets to bring justice home.

April 5th (Thursday)
Tom & Jerry: The Fast & the Furry
Scooby-Doo and the Reluctant Werewolf
Barbie and the Magic of Pegasus
Tom And Jerry: The Movie

THE WORLD’S STRONGEST
The sinister Dr. Wheelo has been freed from his icy tomb! With his dedicated and devious assistant Dr. Kochin, these mad scientists are plotting to unleash their fearsome biotechnology and take over the world! Of course there’s one hitch in the plan… Dr. Wheelo exists only as a brain in a jar!

The evil doctor must seek out a body on Earth that is as strong as his mind is amazing! Dr. Kochin and his android henchmen kidnap Piccolo and Master Roshi to determine who is the most powerful fighter on Earth!

Goku, Gohan and Krillin rush into action to save their friends, but Dr. Wheelo’s minions are more than a match for them in battle. It looks grim when Piccolo falls under the disembodied villain’s control, and Wheelo’s next target for mental domination? Goku! Will our heroes keep their wits about them long enough to be victorious or will they lose their minds?

THE TREE OF MIGHT
A seed of the Tree of Might has been planted on Earth by a group of space pirates. Once rooted, the Tree of Might will devour all life energy, leaving the land a deserted wasteland where no living thing can survive. Goku and friends try to destroy the tree, but their power is not enough.

Suddenly, they are attacked by the evil space pirates, and Gohan is captured by Turles, the evil leader of the group and a Saiyan! Turles powers up by eating a piece of fruit from the tree and begins a ferocious assault on Goku. Will Goku be able to rescue his son, defeat Turles, and save Earth?!

LORD SLUG
The end of the world is fast approaching, in the form of a giant asteroid on a collision course with Earth. Not if Goku has anything to say about it! Goku and Krillin race to the rescue. Using their incredible powers, they narrowly deflect the asteroid from its deadly course. The Earth is saved… or is it?

A dark vessel descends from the surface of the asteroid, carrying a powerful new enemy – the evil overlord, Lord Slug. His forces have come to take control of the Earth and steal its natural resources, only in the process they intend to wipe out the entire human race! And when Lord Slug discovers the seven magic Dragon Balls, it seems nothing can stop his diabolical plans from coming to pass!

Now that Lord Slug has the power of the Dragon Balls in his grasp, can even Goku save the Earth from the clutches of this mysterious invader?

SUPER ANDROID 13
When the quiet peace of a routine day is interrupted by violent explosions it seems like the entire world is under siege! But Goku quickly realizes that he is the target of the sudden attack! Who are these strange assassins? When Goku discovers that despite their great power,
the culprits are not emitting an energy signal, it can only mean one thing: Androids! . .

With Doctor Gero dead, just who is responsible for master-minding this new wave of Androids that are stronger, faster, and ten times more deadly than before? . . The mystery un-ravels itself as the Android Assault begins!

STUNT
GOOD MORNING SCOOBY-DOO!
Weekdays from 7:00am- 8:00am
Scooby is the host saying good morning to you!

TOONILICIOUS
Weekdays, 9:00am
This month begins with days full of slapstick and laughs in Cartoon Network’s Toonilicious!
Catch the episodes of Pink Panther & Pals, Tom & Jerry Show, and Oggy & the Cockroaches! 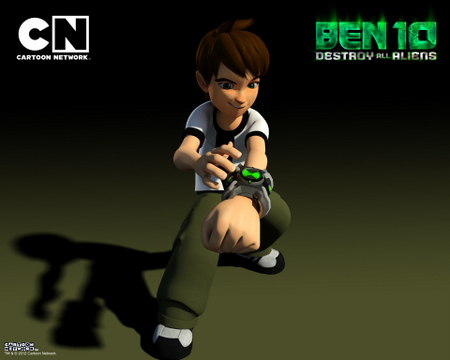