The season premier follows the Grammy Award-winning singer and songwriter Michael Bolton on his search for Asia’s young rising stars.

Eight singer-songwriters hailing from Malaysia, Philippines, Taiwan and Thailand have been chosen from scores of auditioning hopefuls to compete for a dream record deal and World Tour with the legendary man himself: Michael Bolton. These contestants will compete in rigorous musical challenges throughout this first season, coached, mentored and judged by the musical maestro himself, after which only one of them will be crowned the winner. 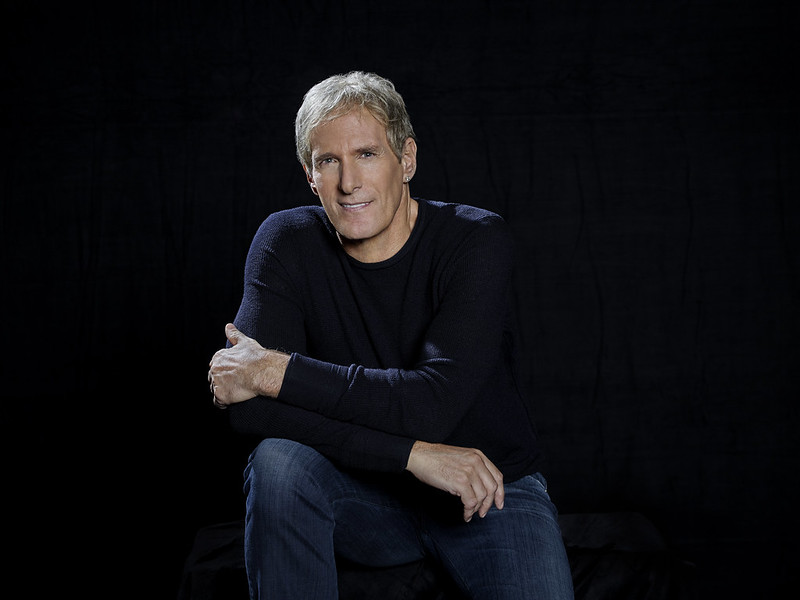 With distinctive personalities and a range of experience, viewers will get to know the stories of each of the contestants competing against one another, including Greg Ramanado (Malaysia), the oldest in the competition aiming to win before it’s too late; quirky Holly Lou Wei-Chen (Taiwan), whose classical training shines through in her music and Cassandra Anne (Malaysia), the high school student whose soulful voice leaves you wanting more. These are just three of the eight contestants vying for the grand prize.

Bolt of Talent follows Bolton as he travels across the region to discover the most hidden of raw Asian talent. A relentless seven-week journey featuring exciting challenges will culminate in four musically gifted finalists being hand-picked by Bolton. These four contestants will be asked to reinvent, rearrange and reproduce a range of Bolton’s Greatest Hits in hopes of striking a chord with not only the audience, but also, the man behind the music.

These contestants will come to understand what it takes to have a long and global career in the music industry. They will get a little help from the show’s co-hosts Sandra Riley Tang from Singapore, Morisette Amon from the Philippines and Lydia Sarunrat Deane from Thailand. With this once in a lifetime opportunity, the four aspiring performers must impress Bolton and truly go the distance to prove that they possess the Bolt of Talent.
Exclusively on Star World (Astro CH711 and CH722 HD), the seven-part series takes the audience to four major cities: Bangkok, Kuala Lumpur, Manila and Taipei in this original production airing on 16 August 2017 at 9:30pm.

Dean Dezius, Vice President Entertainment, Channels, Content and Communications said, “It’s high stakes for these young Asian singers. This first season of Bolt of Talent promises challenges that will test both the talent and courage of our undiscovered stars. Michael Bolton is a superb mentor and each of the contestants will come away more experience and better prepared for the competitive musical industry. Viewers will want to stay tuned for each episode to catch every challenge and compelling detail.”

Bolton said, “Bolt of Talent has brought me back to Asia where I’ve performed and toured for over 25 years. Now I find myself deeply moved and inspired as I discover young singers with different cultural backgrounds, different family upbringings, but one primary thing in common – the pure love of singing.”

Fans will have a greater opportunity to get to know the players in Bolt of Talent as their stories play out with weekly episodes, along with the release of additional content across social media, on Fox online and with exclusive content on Fox+ digital. Presenting the first season of Bolt of Talent is Subaru, the title sponsor who will provide the series with valuable support in the form of the grand prize including Subaru ambassadorship and driving the Asia Dream Tour, among other promotional efforts.

Viewers will also get to know the renowned Michael Bolton, the multiple Grammy Award-winning Singer, Songwriter and Social Activist, who has sold more than 65 million records worldwide and continues to tour the globe. In recognition of his artistic achievements, Michael won two Grammys for Best Pop Male Vocal Performance (nominated four times), six American Music Awards, and a Star on the Hollywood Walk of Fame. As a songwriter, he has earned over 24 BMI & ASCAP Awards, including Songwriter of the Year, nine Million-Air awards, and the Hitmakers Award from the Songwriters Hall of Fame. To date, Michael has had 9 studio albums rank in the Top Ten, with nine #1 singles. His lastest album Songs Of Cinema was released in February 2017, the single from which will be one of the final contestant challenges.

Lance Busa – Philippines
Singing since the age of five, Lance is a singer-songwriter. He has had no formal training but performs in bars and at small corporate events regularly. Lance joined the Philippines’ first-ever multi-platform boy band competition – “To The Top” and his dream is to sing on stage at a sold-out concert.

Hans Dimayuga – Philippines
A 28-year old soul singer-songwriter, Hans has tried his hand at Real Estate, IT and F&B in the past ten years before going all-in to pursue music. He has mostly played at weddings, hotels and in restaurants, but his biggest passion in life is performing to a crowd and he can’t wait to show audiences what he’s got.

Tsui Fang Chang (Dena) – Taiwan
Dena is a Pop and Country singer. Dena learned to play the piano at age seven and taught herself to play the guitar at thirteen. Deeply inspired by Taylor Swift, she went on to compose her first English song at just 15-years old. She continues to pursue her dream of becoming a singer, despite her parents’ objections and is looking forward to showing Michael what she is capable of.

Wei-Chen Lou (Holly) – Taiwan
At 24-years old, Holly splits her time between teaching English and singing. A huge introvert, Holly performs her own music which is made up of quirky, light-hearted pieces of music influenced by Ellie Goulding and Coldplay. She learned to play both classical piano and violin as a child and both skills are evident in her own songs.

Nawinda Sittatikarnvech (Mild) – Thailand
A Marketing Analyst from Thailand, Mild trained in singing as a child at the request of her mother who loved music. She is known as a perfectionist, practicing everywhere – even in the shower! With a powerful voice, Mild loves to sing Soul and R&B. Inspired by Whitney Houston, Mild can’t wait to show off her voice to the public.

Jutarat Mangkalarangsee (Paige) – Thailand
Charismatic Paige is a marketing and sales executive at her father’s printing company. Her passion for singing was sparked when she discovered Disney movies as a child. She started taking singing lessons at age ten, but only lasted a year. She sang on her own for the next few years joining a band and competing in school competitions. Paige’s aim is to grow a loyal fan base that wants to hear her sing.

Cassandra Anne – Malaysia
A full-time student, Cassey sings part-time. She started getting booked for jobs during high school and has seen herself improve every day since then. Cassey loves to sing contemporary R&B because of the depth, feeling and meaning. That said, she has a large vocal range and believes that her strength is her adaptability – she shouldn’t be confined just to R&B and looks forward to showing off her versatility.

Gregory Ramanado – Malaysia
As the oldest in the competition at 30-years of age, Greg is not only a singer, but also one of the only songwriters in the series, and also teaches English through the medium of music. He was a real contender in Malaysia Idol over 12 years ago, but this is his first competition since then. He is a focused individual with drive and passion for singing. He takes great joy from writing, to being on stage and singing for audiences – it makes him feel complete.

StarWorld is available in 11 million homes, reaching 17 countries and territories across Asia and the Middle East.