MTV today announced that Chinese female pop singer Bibi Zhou is the Worldwide Act winner for the 2014 MTV EMA, one of the biggest global annual music events celebrating the hottest artists from around the world. Zhou was on at hand to receive the Worldwide Act award at the 2014 MTV EMA, held at the stunning SSE Hydro in Glasgow on Sunday, November 9th. The 2014 MTV EMA will broadcast live to MTV channels worldwide from the SSE Hydro in Glasgow on Monday, 10 November at 2am (TH/WIB) and 3am (SG/MY/PH)*.

Bibi Zhou is China’s most powerful female pop singer today. Since her music debut nine years ago, Zhou became the first Chinese artist to win China’s Best Female Singer, Best Album and was voted the youngest “Grand Slam” singer in China’s music history. She has released seven albums successfully in China and won the title champion for China and Asia Pacific all heavyweight Music Awards. Her album “Unlock” sold out within six hours and a similar concert for “Unlock” sold out within twenty minutes. 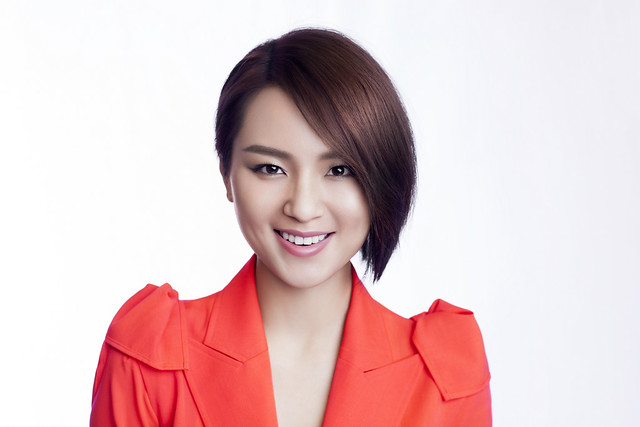 At the awards ceremony, Zhou expressed her sincere gratitude to all her supporters saying, “Thank you MTV for giving this amazing opportunity and bringing me onto this prestigious international music stage. This is a great experience! I want to thank all the fans who voted for me and for the music in my life that’s brought me so much joy. I will continue to work hard on my music career for my fans.”

“We’re absolutely delighted to hear of Bibi Zhou’s win! Having Asian talent take home the Worldwide Act award for four years running – first with Big Bang, followed by Han Geng, Chris Lee and now Bibi Zhou – is just an incredible honour and spotlight on Asia! We will continue to elevate Asian artists on international platforms and grow the awareness and appreciation of Asian music and artists for fans around the world to enjoy,” said Mark Whitehead, VIMN Asia’s Executive Vice President and Managing Director.

The 2014 MTV EMA sponsored by essence, Europe’s No.1 cosmetics brand** and Someone Like Me, a global sex education campaign partnership between Durex and MTV Staying Alive Foundation, will air across MTV’s global network of more than 60 channels reaching nearly 700 million households around the world as well as through syndication. In addition, its convergent programming and content will reach the entire interactive community, via MTV’s more than 200 digital media properties around the world. The 2014 MTV EMA will broadcast live to MTV channels worldwide from the SSE Hydro in Glasgow on Monday, 10 November at 2am (TH/WIB) and 3am (SG/MY/PH)*.

The MTV EMA – one of the biggest global music events of the year – recognizes artists from around the world and across genres, and brings together music fans everywhere for a one-of-a-kind experience in the weeks leading up to and at the show. Bruce Gillmer and Richard Godfrey are Executive Producers for the 2014 MTV EMA.